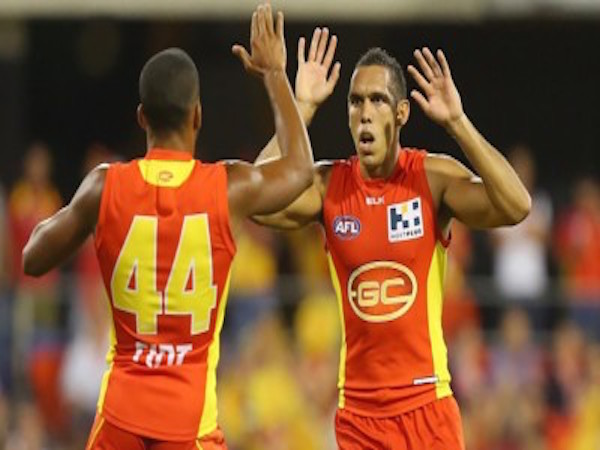 The Gold Coast Suns and the AFL recently found themselves in hot water when images of Harley Bennell racking lines of cocaine were plastered across various News Corp mastheads in early July.

The AFL’s ageing illicit drugs policy, which should have provided a management framework, provided little guidance in determining the appropriate action.

After what ended up being a three match suspension and $5,000 fine, Bennell made an emphatic return to football on the weekend gathering 39 disposals in the Suns’ loss to Adelaide. But questions still remain surrounding the process used to determine his club-imposed suspension.

Absolute class ball use by Bennell, finds Russell streaming towards goal who kicks our third for the quarter #AFLCrowsSuns

Despite the photos being taken two and a half years ago, the AFL and the Gold Coast Suns were consistent with their message throughout the ordeal: Bennell’s exclusion was a remedy not a punishment.

“His welfare is our major concern today,” said AFL CEO Gillon McLachlan after the photos emerged. “We can’t say that we care about making a difference in players’ lives and turn away when there is pressure.”

“He [Bennell] certainly wants to get back into footy and do all that sort of thing but we don’t think it’s appropriate at this stage,’’ Eade said ahead of Gold Coast’s round 15 match against the Western Bulldogs.

“He is not playing. He is fit to play. It’s his welfare we are looking at.’’

Bennell returned to football the next week playing with Gold Coast’s second tier side in the NEAFL.

While the club continued to manage the situation as best it could, the AFL’s three-strike illicit drugs policy seemed to be ineffective.

A remorseful Bennell has since publicly stated the incident was an anomaly, saying: “It was just a one-off thing. It’s a decision – I was under the influence of alcohol – that I made [and] that I really regret.”

As the policy stands, no concrete punishment exists for players until they have aggregated three or more positive tests. Before the third strike, the main objective is education, rehabilitation and treatment of the player.

And although the AFL has already publicly acknowledged the policy is being reviewed, a rigid, all encompassing policy solution still seems far away.

McLachlan hinted a new system might be more punitive in its approach. “It probably needs to be that every strike has an action or accountability point,” he said.

“Recent work on drug control in sport, both illicit and performance enhancing, tends to come down on the side of the health model,” he tells upstart. “I really wonder whether it’s wise for the AFL to be penalising athletes for illicit drug use. They may not like the association that it brings, but penalising them is another thing.”

There is no doubt that the AFL is desperately trying to avoid any future associations with illicit drugs. They can ill afford another Ben Cousins.

But even Cousins found ways around the punitive three-strike policy. As he revealed in his 2010 autobiography, Ben Cousins: My Life Story, he meticulously planned his drug-use to avoid detection and subsequent punishment.

Dr Dingle says that like Cousins, other footballers will find ways around the model.

“Once you go down the path of penalising people, you have to have a drug-testing regime to detect drug use and there are a number of ways of beating the system. Before you even start, it’s very difficult to catch people using particular drugs if they’re really determined to disguise it,” he says.

Regardless of the approach the AFL decides to take, Dr Dingle says that implementing a new policy will be challenging.

“No matter what the AFL do, their illicit drugs policy is problematic. They have a policy that is delving into the private sphere,” he says.

“Whilst illicit drugs can clearly have an adverse impact on a person’s workplace performance, there are still relatively rare examples of such interference in peoples lives.”

For now, it seems Bennell’s challenge is to win back the confidence and respect of his teammates and supporters. His case has certainly set a precedent for the AFL.