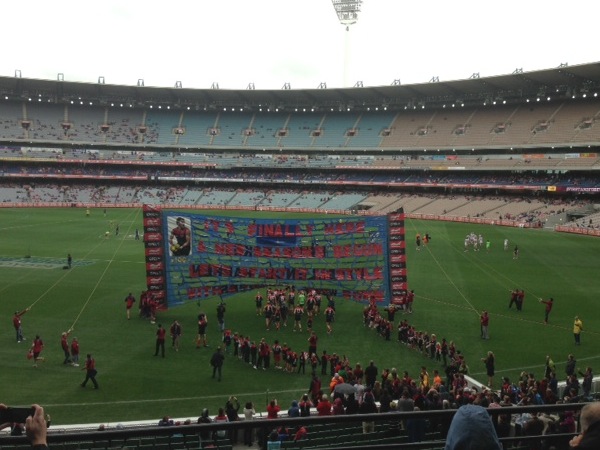 When football players are asked how they deal with criticism from the media, they often respond, ‘I don’t pay any attention to the media.’

That’s all well and good for a highly paid athlete living inside the AFL bubble, but what are you supposed to do if you’re a supporter who lives and breathes footy, and can’t get through a week without reading about your team?

If your club had a stinker on the weekend, you’ve probably been forced to get your footy fix by reading a variety of articles telling you how much your team sucks. But isn’t there anything to like about your team’s performance – some silver lining amidst the most putrid of play books?

This weekly column is dedicated to the supporters most in need of a positive perspective. 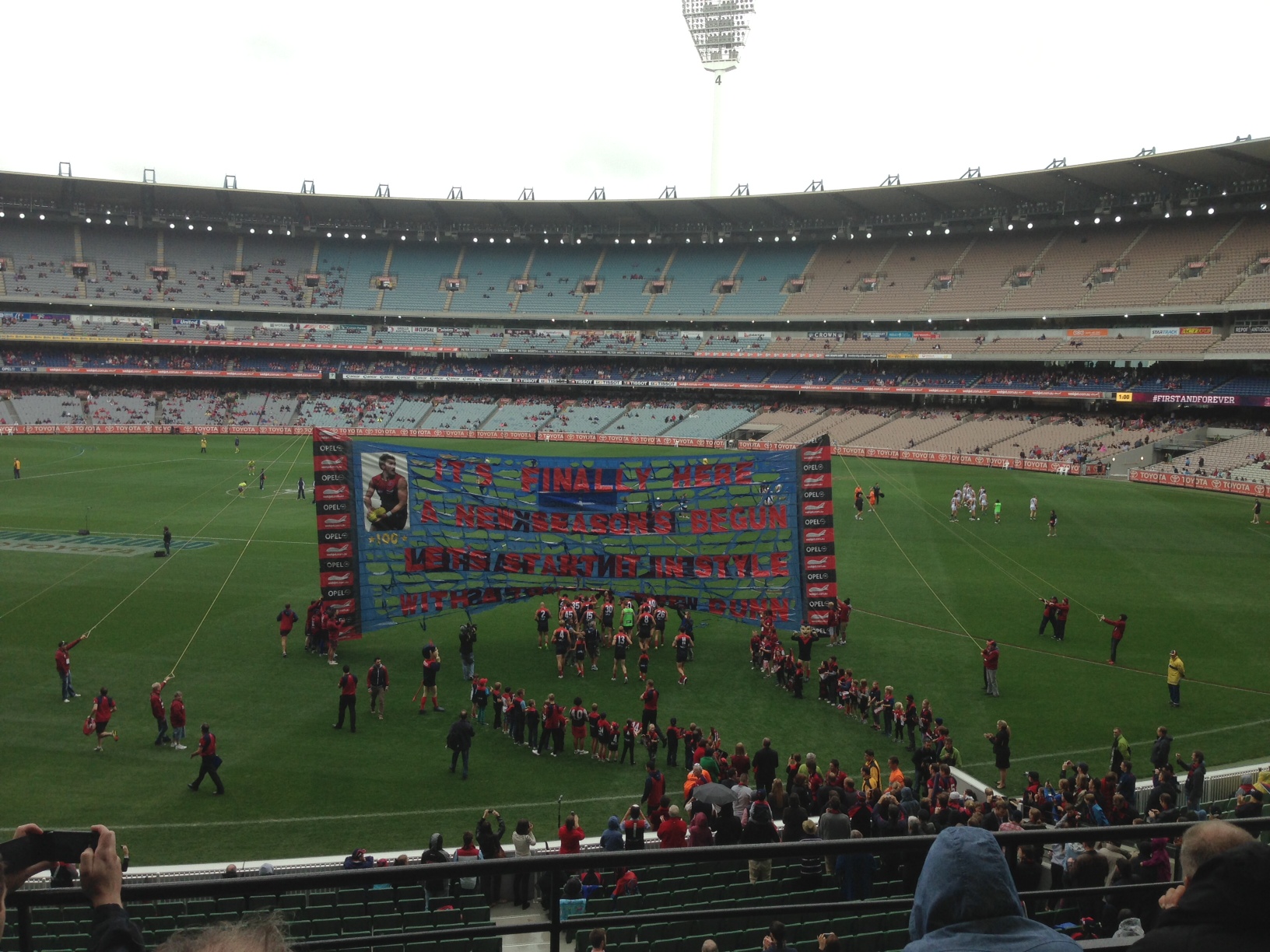 After their dreadful round one display, the Demons seemed as good a place as any to start.

If you’re a Melbourne fan searching for justification to head to the MCG tomorrow night, here are five reasons to board a Jolimont-bound train.

1) Melbourne has had the ‘wood’ on Essendon

Ask any Melbourne supporter about the club’s last few years and they will inevitably mention Dean Bailey, tanking, leadership issues, and the downfall of Liam Jurrah. Indeed, the last few years have offered very little joy for Dees’ supporters – apart from a number of surprising wins over Essendon. While the Bombers have certainly been the better team over this period, they haven’t beaten the Demons since ‘the noughties.’

A Melbourne win this week is highly unlikely though, right? Not any less likely than last year’s round ten win over the Bombers. Essendon entered the game with eight wins and one loss for the season, while Melbourne was yet to win a game. Melbourne won by six points – Mark Neeld’s first success as coach.

As hard as it was to watch Melbourne’s performance last week, even the most disappointed Demons fan would have understood the significance of Jack Viney’s debut. While many other Demons looked disinterested, confused and lazy, Jack Viney competed fiercely in his first game, even after the Power had put the result well beyond doubt. Viney set a new record for contested possessions in a debut game – 16 of his 22 possessions were contested – and even spoke to his team-mates about what the club meant to him after the match.

It’s only one match, but it looks like the father-son rule has delivered the Demons a beauty. It’ll be fascinating to see how Viney backs up last week’s performance.

In 2012 Jeremy Howe took eight spectacular grabs that were nominated for Mark of the Year. Unsurprisingly, one of the eight won the award. Howe’s marks are super-impressive when viewed individually, but perhaps more impressive is his ability to take these marks week-in, week-out. One of the few highlights from last week’s loss to Port Adelaide was yet another of Howe’s signature grabs.

Head along to the Melbourne match this weekend and chances are you’ll see Howe take a screamer. It’s a bit like drinking a glass of whiskey. Ultimately, it doesn’t fix anything, but – for a little while at least – it’ll certainly make you feel better.

Good teams don’t stay good forever, just as poor teams don’t stay poor forever. Inevitably, there’s a point where a team that isn’t expected to win surprises everyone. For the Western Bulldogs – who were tipped by many to win the wooden spoon this year – their time was last week, when they knocked off a Brisbane side that was highly fancied, having just won the NAB Cup.

Upsets occur regularly. If you’re seeking proof, just check how many footy tips you got right last week. A Melbourne win this week isn’t as unthinkable as many would have you believe.

Western Bulldogs’ supporters deeply enjoyed their team’s win last week, having spent last year in the doldrums. But there was one club that enjoyed its win even more than them.

It’s clear why the win meant so much to Richmond. Having built up each round one clash against the Blues since 2007, the Tigers were left disappointed in every game bar one before last Thursday. The heartbreak of previous years made Richmond’s nail-biting win much more special than any previous win the Blues have had in the corresponding game.

To paraphrase the wise grandma from the film Parenthood, rollercoasters are thrilling because they feature downs as well as ups. Melbourne supporters might not have an ‘up’ this week, but must stick with their side through the tough times if they want to truly appreciate the good times – whenever they may come.