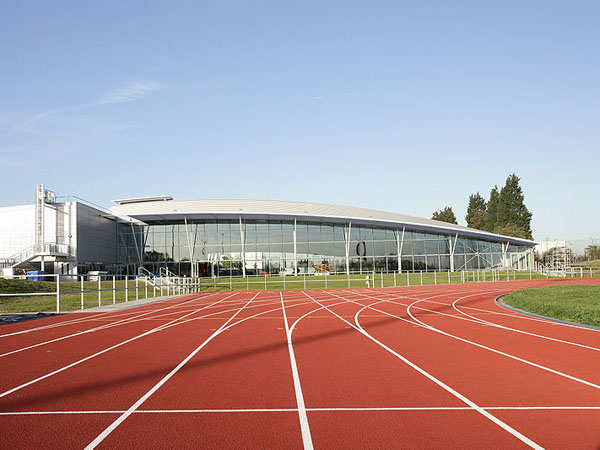 Fifteen athletes have secured their spots on the Australian Flame Team bound for the IAAF World Championships, which are to be held in Moscow later this year.

Seven-time national champion over 100m, Ross has also qualified in the men’s 4x100m, after winning the event in 10.34 seconds.

“I am just glad that I can be the sprinter that can run for Australia,” said Ross. “I think you need a sprinter to grow this sport and the opportunity to do that in Moscow is fantastic. I look forward to representing us and getting amongst it.”

Making up the team will be second and third place getters, Tim Leathart (10.40s) and Jarrod Geddes (10.43). Alex Beck also ensured selection for the men’s 4x400m by winning the national title over 400m in a time of 46.18s, with London Olympian Ben Offereins (46.33s) and now Australian debutante Joshua Ralph (46.34s) making up two of the three remaining available spots on the relay team.

The real stars of the National Championships however, were the somewhat unheralded ambulant athletes.

Over the four days of competition, athletes with a disability set two world records. The first came from Scott Reardon in the men’s T42 100m for leg amputees and the second from Kobie Donovan in the women’s T40 100m for short statured people.

In the first round of the men’s ambulant 100m, Reardon ran a personal best of 12.28s, before again lowering this mark in the final, crossing in an equal world record of 12.14s.

“I have been training really well but not real speed work, so to come out and run this fast is such a surprise. I’ve had a great domestic season running a PB, and that fastest time for my class, in the 200m and coming to Nationals and doing this,” Reardon said.

Donovan bettered the previous world record by a notable 1.72%, running 19.75s in the women’s ambulant 100m.

Adding to the records were an impressive six IPC World Championships A-Qualifiers.

Silver medalist to Reardon in the ambulant 100m was Gabriel Cole, who dipped under the 11-second barrier for the first time, recording 10.92s and an A-Qualifier for the T47 class for arm amputees.

Paralympic bronze medalist Simon Patmore proved his dominance in the men’s ambulant 200m, running 22.12s – 98.12% of the world record for the T46 class.

London 2012 Paralympic medalists Katherine Proudfoot and Madeleine Hogan both threw A-Qualifiers in the discus and javelin respectively. Proudfoot threw 26.08m to take out the ambulant discus while Hogan, despite suffering a nasty fall, recorded a very solid 40.29m in the women’s ambulant javelin.

Proudfoot, who competes in the F35/36 class for athletes with cerebral palsy, said her newfound consistency gives her the assurance to compete at the World Championships.

“Today’s throw is another effort that I am proud of. It’s another throw beyond 26 metres and that gives me the confidence to make the required technical changes I need to be at the top of my game when we go to Lyon.”

Athletics Australia will allocate the Australian team quota spots for the IPC World Championships in the coming month.