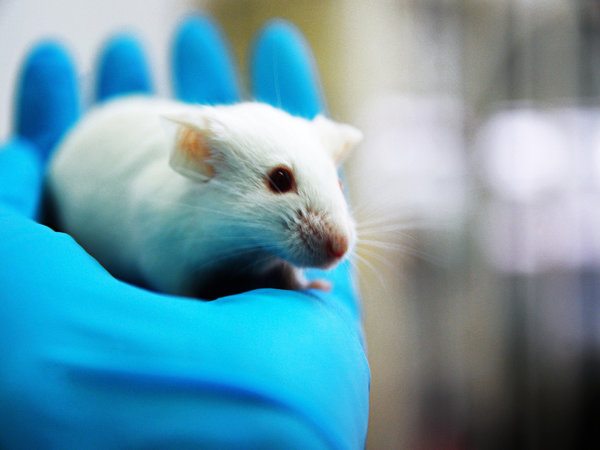 Every year, thousands of animals are subjected to cruel, painful and unnecessary tests.

Compounds in the latest shampoo or lipstick are applied to abraded skin or directly in the eyes of mice, rats and rabbits in the name of “safety”.

The amendment, which makes it illegal for companies to test ingredients on animals, reflects similar bans in countries like Norway, India, Brazil, Israel and the 28 member states of the European Union.

In Australia, there are currently no known cases of animal testing; however, the practice isn’t illegal.

According to RSPCA Australia, an estimated 27,000 animals are being used for cosmetic testing around the world.

Campaigns such as #becrueltyfree have advocated internationally for an end to animal testing and the sale of cosmetics that have been tested on animals.

RSPCA Australia representative Elise Meakin spoke with upstart about the possibility of implementing a similar ban to those in New Zealand and the EU.

“In the RSPCA’s view there are limited obstacles preventing the Australian government taking on the EU system,” she says.

“Since no testing of either cosmetic products or their ingredients currently occurs in Australia, there should be no impediment to the first stage of a ban being imposed here with immediate effect.”

Meakin explains that the second stage would require amendments to the Industrial Chemicals (Notification and Assessment) Act 1989 and the Cosmetics Standard 2007 to enable a marketing ban to be introduced.

“The implication of a marketing ban here in Australia would be that new ingredients cannot be used in cosmetic products unless alternative non-animal tests are available,” she says.

A ban on the sale of animal tested cosmetics and the importation of these cosmetics was included in the Australian Greens’ End Cruel Cosmetics Bill.

“We certainly do acknowledge that the industry in this country already takes a stand and works very hard to ensure that products are not tested on animals and it’s a transition that we believe can happen quite easily,” Senator Rhiannon said.

The bill was followed up with further support in November when the Senate passed a cross-party motion, campaigning for the end of cruel animal testing for cosmetics. The motion was co-sponsored by senators from all major parties, including both Liberal Senator Anne Ruston and Labor Senator Lisa Singh.

“There has been public support from all political parties on the issue so the RSPCA is hopeful that a ban on the sale and marketing of cosmetics tested on animals here in Australia could take place,” Meakin says.

The series of positive actions taken by Australian MPs to address the issue is reflected in the view of the Australian public.

A 2014 Roy Morgan survey found “not tested on animals” is in the top three features most important to women when buying cosmetic products.

Additionally, a survey commissioned by Humane Research Australia in 2013 concluded that the majority of Australians are opposed to animal experiments and wish to seek scientific alternatives to animal testing. It found that 81 per cent of Australians agreed the country should follow the EU and ban the sale of cosmetics tested on animals.

It’s crucial to note that producers of cosmetic products have access to more than 20,000 chemical ingredients that are considered safe. Therefore, until there is an alternative testing method, no more animals should suffer.

The RSPCA’s current campaign, Makeover the world, calls on national and international companies to commit to developing new products or ingredients without testing on animals, as well as stop marketing products in countries where animal testing is a requirement.

As part of their campaign, they encourage Australians to express their support for a ban in Australia by emailing major companies. Australians can also join the international debate by pledging to #becrueltyfree.

As the recent ban in New Zealand has demonstrated, a strong campaign can play an important role in ending this cruel practice.