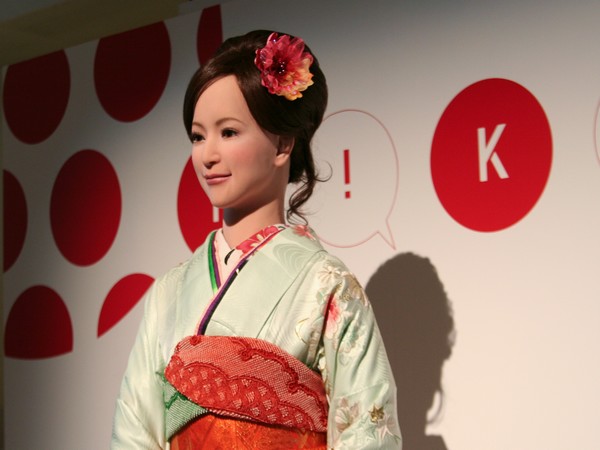 Robots have always had interesting potential within the scientific community. They are more efficient, more powerful and often more precise than human beings.

However, a new generation of robots coming from Japan will challenge everything we have seen before.

Unlike robots in the past, which have largely been designed to serve as an aid or assistance, this crop is intended to be a human replicant.

They have the same body, gestures, reactions, and are even capable of reading body language.

While it’s fun to rush off to the most Hollywood of outcomes, complete with humanoids roaming cities fuelled by self-aware thoughts, the reality of the impact these robots could have is much nicer.

The new robots, called Actroid-F, are solely used for good purposes, like providing company for people in hospital.

Senior lecturer at La Trobe University, Dr Mei-Tai Chu is also a part of the Research Centre for Computers, Communication and Social Innovation. For her, robots – and social robots in particular – can help people in health care, private homes, as well as in aged care facilities.

The aim of this new form of robot is to act like a human.

It has a friendly face and can interact with you like a real person. Scientists believe this kind of robot could be helpful because it provides patients with someone to talk to.

The Actroid-F robots were recently brought to Australia in an effort to help researchers understand how people and robots interact.

Subsequently, they were used for an experiment at the University of NSW’s College of Fine Arts.

According to the Sydney Morning Herald, the information found in the study will be used to “refine the appearance, behaviour and sociability of robots, who are expected to become a greater part of home and work life.”

For Chu, the way people interact with robots depends on their culture, pointing to the comparatively hostile reception new technology of this kind would receive in Australia when contrasted with the general societal acceptance found in Japan.

But the real advantage of robots is the same emotional flaws that shackle humans don’t apply to our artificial friends.

Because they lack emotions, robots will do what they have to do. They have unlimited patience and are reliable.

Despite the above two sentences being the crux for seemingly every blockbuster “robot gone mad” feature film of the past decade, some remain unperturbed by the prospect of working alongside a robot.

For 19-year-old IT student, Nick, working with a human-like robot would not be a problem if it appeared life like.

“If they look like a real human, it is even better, because it makes it easier to interact with them,” he says.

Fellow students, James and Ruby also agree with his statement.

However, James is more cautious about the idea.

“You don’t know what they can do, and what they are programmed for,” says James skeptically. “You know nothing about them.”

However, it seems those us of who are slightly uneasy at the thought of working alongside a robot will have to get used to the idea – fast.