Hamilton talks about her transition from band to solo artist 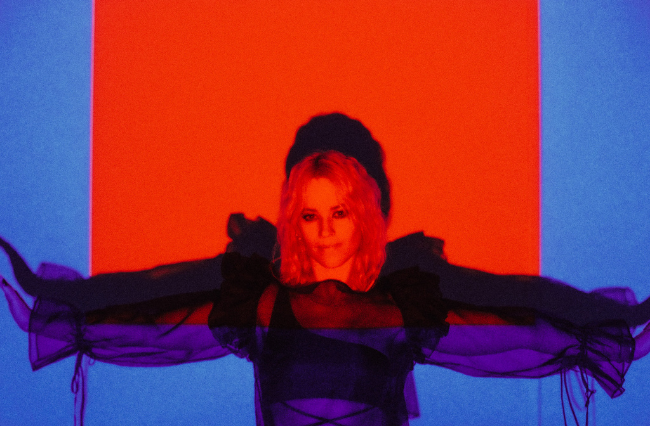 Songs like ‘Panic and Exist’ evoke a sense of nostalgia, and with her debut album coming out in May, writing lyrics for Hamilton is a process where she tends to let things come naturally to her, no matter the time or place.

“I kind of just sit there and play guitar until I find a chord progression where I’m like ‘this feels nice to play’ and I kind of just sing gibberish until I find a good melody, or words will pop into my head because often, I feel like if you just really relax and play it because it’s enjoyable and I’m like ‘this is nice and satisfying and feels good’, then the lyrics just appear to me.”

The Sydney based musician knows firsthand the struggle of breaking through as a solo artist in today’s climate. After spending the previous five years of her life as lead guitarist in the indie rock band Little May, making the decision to go solo was one that was hard to navigate, especially over the past two years.

“I’ve been in the industry for a while now, in Little May we did heaps of overseas touring and it was like the ‘old world’ pre-covid, where everything was just normal and we could play and tour so much,” she says.

“I’ve got this really interesting perspective where I’ve done a lot of it pre-covid and now I’m trying to do it with my solo music and start fresh but in a totally different world.”

With lockdowns and the pandemic halting almost all live gigs and concerts in Australia over the past few years, Hamilton says it became hard for her to progress as an artist and build her fanbase.

“Not being able to play shows or festivals has such a huge toll [on artists] because that’s how you actually connect with your audience and how you build your audience,” she says.

“Not being able to play live has just had this huge impact on artists across the board and at every level, plateauing their career trajectory, and everyone’s stuck at this same level and haven’t been able to really grow.”

Hamilton has been releasing solo music since 2018 and released her first self-titled EP, back in 2020. Now, she’s gearing up to release her debut album, The Future is Here But it Kinda Feels Like the Past, which will be released on May 20.

Described as a “documentation of the timelessness of humanness”, she says her new album shifts away from the indie rock and guitar heavy tracks from her first EP, into more of an ’80s pop synth sound.

She describes the process of progressing as a solo artist as a difficult one, especially without being able to perform. After years of cancelling tours and concerts, it was only on 5 April, this year, that she was able to play her first headlining show in two years at The Vanguard in Newtown, NSW.

“It was amazing to play that show finally, after wanting to do that for the last two years… and I’ve been releasing all these singles, but I haven’t been able to play a show which is so frustrating, so it feels good to finally have things going again,” she says.

The music industry was one of the hardest hit by the pandemic, with touring company Live Nation reporting losses of $7 billion USD in the first nine months of 2020 alone, according to Music Business Worldwide.

The constant cancelling and postponement of shows and tours has taken a toll, but especially on those in Australia. But finally, after two years of lockdowns and travel restrictions, 2022 is seeing a return to normalcy, with the music industry finally getting the chance to heal.

Hamilton says that many people don’t realise how hard it is for artists to plan shows and tours and how expensive it is with the costs coming out of the musician’s own pocket.

“It’s really hard to plan and it’s really hard financially because what I think a lot of people don’t realise is with shows you don’t get paid until after the show right? You don’t make any money until you actually play,” she says.

“It costs money to rehearse. It costs money all the time you spend and put  [money] into organising the show and if you’re going interstate and booking flights and hotel rooms or hiring a band, all these things cost money and it’s like you’re spending and spending and putting money into advertising and whatever, and if the show gets cancelled and cancelled and cancelled, you spend all the money prepping but you never earn the income from the actual end result.”

Along with the release of her upcoming debut album this May, Hamilton has plans for a national tour across Australia in June, as well as an upcoming UK and Europe tour the following month, both of which she is very excited for.

She says fans can expect a different sound in her album, but it will still feel familiar to her earlier work.

AUTHOR: Georgia Tacey is a third-year Bachelor of Media and Communications (Journalism) student at La Trobe University. You can follow her on twitter @georgiatacey