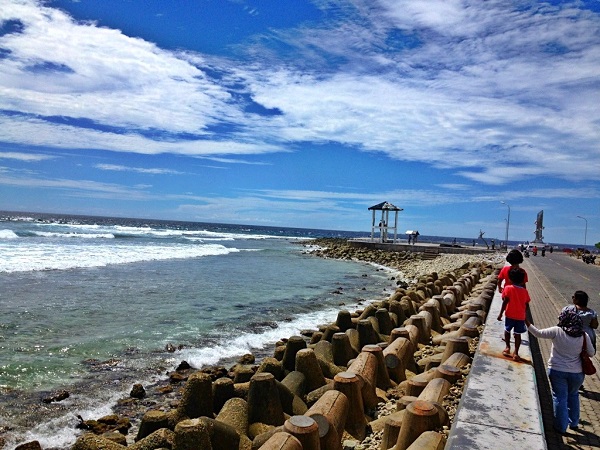 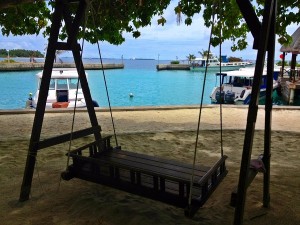 When many people think of the Maldives, they think of white sandy beaches and clear blue water, but to me it is home. To me, my family and my country, climate change is the biggest problem we will ever face. When looking at pictures of luxury resorts it’s easy to forget that the country, home to over 315,000 people is at risk of slowly disappearing beneath the sea.

On average the islands of the Maldives are just over 1.5 metres above sea level, making it the lowest lying country in the world and putting the Maldivian people at the front-line of climate change.

“Just one metre rise in sea level will put over ten per cent of the world’s population at risk of flooding”, said David Karoly, a professor at Melbourne University and a member of the Climate Change Authority. Speaking at a public lecture last week, Professor Karoly also stated that greenhouse gas emission have not slowed down, even with the world supposedly trying to reduce emissions.

To think of climate change as a problem in the far off future is a luxury the Maldivian people cannot afford. Rising sea levels, changes in weather patterns and increased temperature are a daily reality in the country, says Jeffrey Waheed, the First Secretary at the Permanent Mission of the Maldives to the United Nations.

Small island nations like the Maldives, Tuvalu, Seychelles and the Barbados are at severe risk of flooding, coastal erosion and coral bleaching. More than half of the 1200 islands that make up the Maldives have already started to experience these problems. Mr. Waheed said these problems also affect water salinity, which puts the country’s water supply in danger.

For a small chain of islands surrounded by the Indian Ocean fresh water has always been scarce, and due to flooding, ground water cannot be utilised in many parts of the country. The difficulty faced in food production is also a consequence of water and soil salinity.

Fisheries and Tourism are the life blood of the Maldives and have both been adversely affected by climate change. The tourism industry is one of the main sources of employment for many locals, and people from around the world are drawn to the country by the beautiful marine life. Mr. Waheed acknowledges that damage to the reefs will likely mean in a loss in tourism revenue which currently adds up to 80 per cent of the earned revenue within the country.

In 2009 the Maldives announced plans to become carbon neutral by 2020, and has since been looking at a number of ways to accomplish this goal. If the country does achieve its goal it will become the first carbon neutral country in the world. Unfortunately climate change is a global issue and the efforts of one small island nation are futile in isolation

Mr. Waheed says: “Our response to energy security can only go so far. We cannot succeed alone, and if our example is not followed, we will not be the only ones to suffer.”

Climate change does not only affect the country’s economy, the rising sea level threatens its very existence. According to Waheed, the beaches make up 5 per cent of our the Madilves’ land area, and 97 per cent of islands have reported beach erosion.

Most housing in Maldives is within 100 metres of the ocean, putting many people in harm’s way.  The islands in the Maldives are very small and of extremely small elevation, therefore retreating inland or to higher ground is not a viable option. . If climate change keeps progressing at its current levels Maldivians could very well be the first of many displaced environmental refugees.

When it does seem like climate change is just one of those problems that won’t go away, it is important to remember that it is not stopped by borders. The action taken or not taken here today could be disastrous for a chain of beautiful islands and the people that call it home.