Can artists prevent their work from being plagiarised and minted into NFTs? 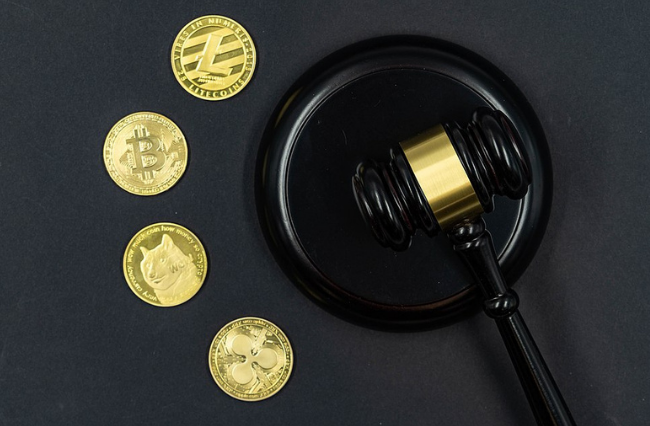 Countless online accounts tell us that this technology has been taken advantage of, with individuals plagiarising and minting objects that aren’t theirs.

Conor Nolan is an artist whose work was stolen and uploaded to OpenSea, an NFT marketplace where anyone can upload their own minted products through the lazy minting tool.

While the tool was created to make it easier for artists to break into the realm of unique digital assets, it has been reported that over 80 percent of NFTs minted with this tool were plagiarised. Nolan says that many artists are frustrated with the NFT marketplace because of this.

“The market leeches from unwilling talent, and yet touts itself as empowering artists,” Nolan tells upstart.

“Imagine how depressing it would be if all artists had to digitally watermark their work to prevent someone else from selling it online. Doesn’t sound empowering to me.”

Nolan found his art series ‘The Lily Pad Seven’ plagiarised on OpenSea through his online following.

“Two people have written me about offenders, and then I’ve found another on my own via the search option on OpenSea,” he says.

“Either full characters from this series were stolen, or parts of characters were used to create new characters.”

“The fact that it is an NFT does not change anything about the laws in question, though it does make it harder to have the plagiarised work removed due to the decentralised nature and anonymity involved in the blockchain space,” he tells upstart.

“Instead of the database being held by a central server or a particular organisation like a company or government, the same record is being held in multiple locations at the same time,” he says.

Plagiarism has become an issue across all blockchains, according to Bor.

“Some people like to claim it’s worse on blockchains like Solana, but the truth is that Ethereum has the most plagiarized art, simply because Ethereum is the most popular of all the blockchains,” he says.

Whilst the general laws can apply to NFTs, Dr Lane admits there aren’t any specific legal framework surrounding NFTs yet, due to a lack of testing.

“You would have to be able to enforce it on the other party and that can be very difficult in this environment because we might not actually know who that person is,” he says. “That’s one of the great challenges here with the law it’s not just the question of does it apply but can we actually enforce it?”

Despite there being no hard law, Dr Lane says there are alternatives for artists in this situation especially if they are in a place to seek legal advice.

“Part of this is going to be a capacity problem. If you’re a rich and famous artist, you might have the financial capacity to take legal action against people and that’s absolutely an option,” he says.

Nolan has explored various legal routes, which have different results for the art thieves, and he’s currently in the process of drawing up a cease and desist with his lawyer.

“After approaching one offender they offered to change up the artwork to resemble mine less, but whether they’ll do enough to differentiate themselves remains to be seen,” he said. “Also, one I reported on OpenSea went away relatively quickly.”

According to Dr Lane, people who may not have the means to take legal action could pursue a marketing route on their own platforms

“The other [option] is a probably more marketing kind of solution where you’re telling people not to accept these rip-offs and this kind of fraudulent activity,” he says.

Publicising the fraudulent activity occurring on NFT marketplaces is part of the reason Bor says the Twitter account @NFTtheft was created.

“I had been noticing it personally, but whenever I tried to discuss the problem, people would quickly say ‘Plagiarism isn’t a problem in the NFT space anymore’,” he says. “If anyone ever says that now, they can quickly see that isn’t true by looking at our account.”

The Twitter account also helps artists find out if their artwork has been stolen, offering advice through a thread that describes how to get the counterfeit art removed from NFT marketplaces.

Despite the issue, Bor knows there isn’t much an artist can do to deter thieves from stealing or replicating their art.

“Watermarks don’t deter theft, neither does low-res uploads, there is nothing that can be done to stop it,” he says.

“Our recommendation is for artists to keep sharing like normal, at least then they can point to their art on Instagram, Twitter [or] Deviant Art as a way to prove they shared their work before it was minted by scammers.”

Article: Chloe Jaenicke is a third-year Bachelor of Media and Communications (Journalism) student at La Trobe University. You can follow her on Twitter @chloeejaenicke

Photo: Cryptocurrency Regulations and Laws by CryptoWallet.com Images available HERE and used under a Creative Commons licence. The photo has not been modified.