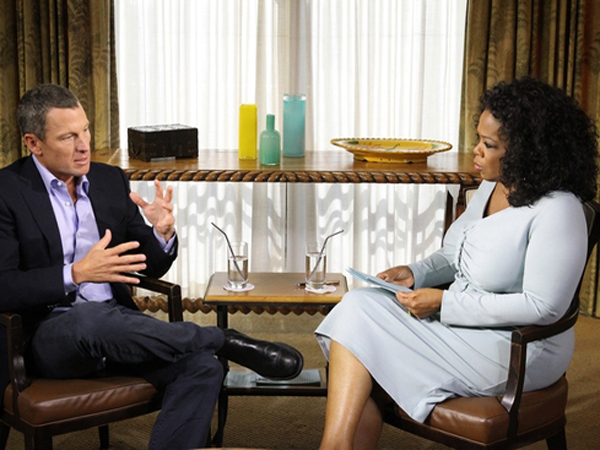 A quick apology to the staff of the charity he created, Livestrong, and an insider’s word seem to have provided the signature on the admission of the long suspected doping of Lance Armstrong.

Armstrong will most likely admit to a doping campaign that the USADA has called ‘the most successful doping program the sport has seen’ in an interview with Oprah Winfrey that will be streamed globally in two parts this week on the Oprah Winfrey Network on Friday 18 and Saturday 19 at 3 pm (EST) – on The Discovery Channel in Australia.

Former drug cheat Floyd Landis accused Armstrong of doping in May of 2010. Landis admitted he had taken part in using human growth hormone with the legendary Tour de France winner.

Armstrong’s vehement denials continued all the way until August of last year when The International Cycling Union conceded to the findings of the USADA, waiving an appeal of a life ban for doping. This resulted in Armstrong being stripped of his seven titles and banned for life in late October.

Armstrong’s freakish talent in a sport under constant suspicion had always been shrouded by rumours of doping, compounded by his successful battle with cancer. He publicly dismissed those claims with good humor in Dodgeball, and great pride in this Nike Commercial.

Unfortunately for Armstrong these grand protestations now reek of ‘the lady doth protest too much’. But a Twitter pic was posted in November shortly after his titles were stripped. The image of Armstrong ‘just layin’ around’ on a plush couch surrounded by his Yellow Guernseys that betrayed his hubris.

The redemption may include millions of dollars in funds won by the athlete under false pretences. A promotions company in Texas is suing for $12 million in bonuses for winning the Tour. ‘Fair is fair, we want our money back,’ a lawyer from the company said.

This pales in comparison to the potential $100 million that the U.S postal team may have to pay The US Postal Service under the False Claims Act after the sponsorship of the 2001-2004 Tours. It is understood that Armstrong’s lawyers are in talks to return some of the sponsorship money from those tours.

While a full admission will set him on the path to rebuilding his public image, it will compromise many of the cases that Armstrong currently has on his hands.

The concern for fans at the moment is a purjery charge after Armstrong swore under oath that he hadn’t doped in 2005. It seems that time will be on Armstrong’s side, avoiding a sentence similar to drug cheat Marion Jones who also lied to Drug Agencies.

‘The Statute of Limitations means you have five years in which you can be prosecuted from the date of any crime,’ New York defence attorney Stuart Slotnick told the BBC

However, the findings will inevitably hit Armstrong in the hip pocket, regardless. And it’s no accident that he has chosen Oprah in his need to humanise his own character that has so often been compared to a machine.

Early indicators from the interview suggest that we will see a very emotional Armstrong, after Winfrey spoke with CBS This Morning. Winfrey also suggests that Armstrong was very well prepared and ‘forthcoming’ in his answers.

He will ultimately be forced to loosen the purse strings and pay back his sponsors, but before that occurs, the reconstruction of his image begins with this confessional interview in an attempt to also pay back his fans.

His apology to his Livestrong staff was described as ‘open’, but Winfrey would not characterize his manner during the interview as contrite.

Now that fans know that a confession is imminent, to omit a genuine apology would be damaging to rebuilding his image. For Armstrong’s followers and his new brand, the currency of this interview is how far his apology will go and how honest he is prepared to be after so many years of deception.

Dan Toomey is a Master of Global Communications Student at La Trobe University, Cricket tragic and lousy cook. He curates youlikesomeone. Follow him on Twitter: @dan_tooms.