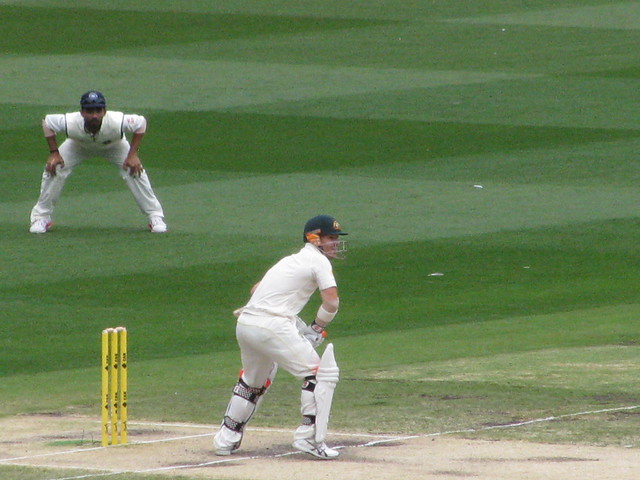 David Warner and Marnus Labuschagne passed a 111-run partnership but unfortunately, the team had no chance as England dominated the match.

David Warner stepped up as the senior batsman and utilized his experience. Later, Smith was substituted for having a concussion. Labuschangne exhibited an astonishing glimpse of batting skills late in the day before tumbling against a clean full toss from Ben Stokes.

Labuschagne,  requested his LBW to be reviewed. The third umpire took his verdict and dismissed the Australian international.

Tim Paine, the only other player to reach double figures aside of Warner and Labuschagne, had a stable start of the innings but Archer barged in again with 5-17 that ended the innings.

The pacemen executed a flawless delivery that edged Warner.

Warner, the man who has created some of the most magical moments for the Aussies, was ill-treated by his own fans as he left the turf.

Travis Head was bowled for a duck the following over by Stuart Broad.

Jofra Archer dismissed Matthew Wade by striking his thigh pad which eventually rolled onto the stumps.

Paine was out merely on 11 when Root revised a Chris Woakes LBW shout, with the discharge notice coming after a guard near the sight screen apparently had upset the skipper.

“I didn’t do too much differently from Lord’s,” said Archer of a place where he took five wickets on debut.

Warner and Labuschagne’s barrage after the tea-break, in which they scored 79 runs in an hour as England struggled to hide their old fears, bounced back and left Australia in shock.

But Archer knew that England must dodge defeats to stay in the tournament. Thus, he had destructive ideas against the guests.

“It was a bit bowler friendly today, at times it did go flat, and the ball stopped swinging, but it started again.

“It’s been really good so far, from the moment I’ve put the badge on, it’s been the happiest days of cricket so far and hopefully plenty more ahead.”

Photo: Australia test cricket by Rhondda available HERE and used under a Creative Commons Attribution. The image has not been modified.