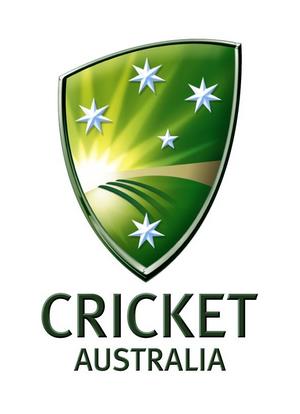 The Sri Lankans are coming off a tied two-test series against New Zealand, where the best and worst of of the side was exposed. They were comfortable victors on the spin-friendly track of Galle, but an inability to dig in when senior batsmen failed cost them dearly in the second test. Still suspect on Australian wickets, the Lankans have yet to claim a series on our soil.

With the wicket in Hobart expected to favour seam bowlers early on, the team that bats first will find it tricky on what has been described as a ‘tacky pitch’. Forecasted showers will also make life for batsmen difficult on a deck that has seen five scores under 150 this Sheffield Shield season.

Despite this, bowlers cannot expect the pitch alone to take wickets for them. Sri Lanka’s depth of fast bowlers may catch them out, with seamer Angelo Mathews only a part time option due to niggling back problems. In a positive step, they have selected four seam bowlers for the first test. Whether they can do damage with the new ball is yet to be seen.

Shane Watson’s recent inclusion back into the team will allow for flexibility with his ability to bat just about anywhere. Phil Hughes is back for his third stint the Australian team, replacing the legendary Ricky Ponting. Hughes’ amazing start to his test career in Sri Lanka over three years ago has been overshadowed by his recent struggles. However, his promising Sheffield Shield form may mean a change in international form could be just around the corner.

The Sri Lankans are admittedly a side that most Australians know little about since the retirement of spinner Muttiah Muralitharan. A key figure to look out for this series is Mathews, who takes over the reigns from incumbent skipper Mahela Jayawardene at the end of this series. Another key player in this series will be fiery spinner Rangana Herath. Unknown to most, the pint-sized spinner is the leading wicket taker this calendar year, but should be tested on seam friendly tracks in Hobart and Melbourne.

The decisive battle this series will be between Sri Lanka’s top order and Australia’s bowlers. The Aussies were unable to dismiss South Africa twice until the Third Test in Perth, which they lost decisively. The depth of Australia’s bowling stocks is now being tested, and will face stiff opposition from the likes of Kumar Sangakarra, Tillakaratne Dilshan and Jayawardene. Peter Siddle and Ben Hilfenhaus both return to the squad after herculean efforts in Adelaide and should bolster the attack alongside Mitchell Starc and Nathan Lyon.

With so much expectation leading up to the summer, it would be fair to say that supporters would be feeling a little flat having gone without a win for the summer so far. Despite being a largely unknown side to many, the Sri Lankans should be no push over as they have illustrated in shorter forms of the game. It is whether they can compete for five straight days, which leaves queries in the minds of most experts.

Kevin Cheong is a second year Bachelor of Journalism student at La Trobe. Follow him on Footypunt as ‘The Calculator’, or  on Twitter: @cheongas