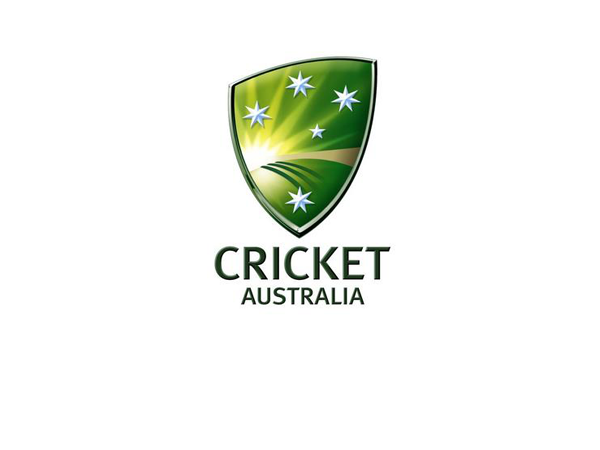 Ed Cowan – Another low score meant the doubters found their voice again, and rightly so after such a woeful shot. But a valuable half century and 132 run stand with David Warner illustrates the value of having contrasting opening partners at the top of the order (5.5/10)

David Warner – Two wonderful half centuries that set the pace for both innings. Unfortunate to run himself out in the first innings after some beautiful strokeplay amongst resolute defence, and then was unselfish in his intentions in the second dig. Starting to really impose himself in the test side. (7.5)

Phil Hughes – His third stint with the Aussies and he showed great composure and improvement in his technique on both sides of the wicket. Promotion from Sheffield Shield a just reward, consistency is now the key. Will feel hard done by to not take a single delivery as the reserve wicket-keeper from Matthew Wade’s bowling. (7)

Shane Watson – Like Perth, failed to make an impression with the bat despite getting himself in. However, his bowling will impress Michael Clarke no end, with key wickets and his usual stingy economy rate – 47 overs costing a measly 109 runs to go with the timely wicket of century maker Tillakaratne Dilshan. (6.5)

Michael Clarke – It seems only injuries can stop Clarke from making runs. Smashed the inside of his left knee on the way to 74 in the first innings, before tweaking a hamstring during a blistering 57 in his second knock. Yet again, attacking declarations meant his side had enough time to take twenty wickets. A faultless display as captain. (8)

Michael Hussey – Finally a chance to outshine his captain, Mr Cricket continued his form as the anchor of the middle order. Two century stands on his way to yet another hundred, before a run-a-ball 30 anchored yet another productive partnership with a rampaging Clarke. Making runs for fun right now. (8.5)

Matthew Wade – Showed his batting talent for the second test in a row as he made another half-century and shared 146 run stand with Hussey. However, his glovework yet again come under question after missing a stumping off Lyon, as well as conceding a dozen byes. Solid enough showing from the custodian behind the sticks. Will also take heart in knowing he bowls faster than all of the Sri Lankan quicks. (6.5)

Peter Siddle – Reeks of persistence and toughness as he led the attack once again. Also showed his smarts, bowling full and straight on a deteriorating wicket.  As the Australian attack was yet again a bowler short, his nine scalps from 50 overs is only overshadowed by his Herculean spell in Adelaide last month. (8.5)

Mitchell Starc – Threw down powder puffs for much of the first inning, as he didn’t seem to trouble any of the Sri Lankan batsmen. However, a splash of mongrel was all he needed as he bowled absolute gas on the way to skittling the Sri Lankan lower order. Must replicate this form as Australian pacemen contiune to go down like flies. (7.5)

Ben Hilfenhaus – Injury stopped him in his 13th over as he went down with a side strain. Did start the rot at the top of the Lankan order, so credit where it’s due. (3)

Nathan Lyon – Is still bowling too quickly, averaging in the high 80km/h mark. However, must be given credit for tying up an end as the Aussies turned the screws on the Sri Lankan middle order. However, his lack of wickets on Day 5 will need to be rectified sooner rather than later. Will be dying for a turning wicket at some point. (5)

Batting – Runs from the top three will probably be the most encouraging sign from the batting display. As we wait for the diagnosis of Clarke’s hamstring, runs from Watson and Wade become more crucial than ever. However, consistency is starting to show on the back of seven half centuries and a century from six batsmen.

Bowling – One thing that this Australian attack does not lack is heart. Once again going down a bowler early in the piece, efforts from Starc and Siddle especially dragged the Aussies over the line. Signs of déjà vu from Adelaide would undoubtedly have been running through the minds of the Aussies, but lessons were learnt.

Dimuth Karunaratne – Starting from where Alviro Peterson left off, the opener made two starts before losing his wicket soon after. Still early in his career, a big score down under would do him the world of good. (5.5/10)

Tillakaratne Dilshan – Easily the most sensible innings any Australian has seen from him in whites, Dilshan was suprb in his own unorthodox way. A much deserved hundred whilst all bar Mathews went to water around him. Him anchoring their batting order will be key to them getting back into the series.  (8)

Kumar Sangakarra – Never really looked set in either innings, despite making his fortieth half-century in test cricket. Dismissed three times in the second innings on a minefield, his best in this series will come in more batter friendly conditions further north. (5.5)

Mahela Jayawardene – Two low scores for the skipper. Like Sangakarra, never looked confident in the second innings – his tenure ended by a Peter Siddle ripper. Will also revel in better conditions. Needs to make runs for his side to be in with a chance. (4)

Thilan Samaraweera – Like most of his mates, got in with a start before getting out. A senior campaigner who has toured Australia before, he will need to stand up and make himself noted. Getting out in the last over of the day from a poor shot is not the way to go. (4)

Angelo Mathews – The man has composure. The incumbent captain stood up when his country needed him with a well-made 75 to rescue his side from a very dark state. Bowled intelligently, but his lack of pace works against him. Wiley character who would make a good skipper. (6.5)

Prasanna Jayawardene – The gloveman kept well on his first tour of Australia … I’m sure he’ll enjoy keeping in cool conditions for a change. Batted well in both innings, but was unable to capitalise on his starts. Undone by two good pieces of bowling though. (6)

Nuwan Kulasekara – Really do wish this guy had another ten kilometres of pace, because boy he bowls good areas. Effective in coloured clothing because of his ability to change and manipulate his pace, Kulasekara is in need of a strike partner at the other end to complement his wily nature. Will have his moment in the sun on the tour. (5.5)

Rangana Herath – Got his reward for some good bowling late in the second innings as the Aussies tried to stick him into the Derwent River. Like Nathan Lyon, he was not really assisted by the conditions. His time will come in Melbourne and Sydney where the pitch will scuff rather than crack. (7.5)

Shaminda Eranga – Has wheels, but needs to find some good areas on a consistent basis. Claimed Clarke with an absolute jaffa, but will need to build more pressure to be a good test bowler. Has time on his side. (4)

Chanaka Welegedara – Like Kulasekara, lacks a little bit of pace to be a threat at this level. Together if they can build pressure, they might be able to take 20 Australian wickets at some point. Took 6 very expensive wickets. (6)

Batting – Starts! A batting card full of double figures below fifty will not put you in with a chance of winning too many matches.  They should be proud of their rearguard effort in the second inning, but paid the price for a poor session late on day two where they lost four quick wickets. Four of the top five batsmen are seasoned campaigners who have all toured Australia before, so they are in good hands. Look for a better showing from their top order in Melbourne.

Bowling- Hard to criticise, but hard to complement. Bowled tightly, but really weren’t threatening at any crucial point. On flat decks, sub-130km/h will not trouble the likes of Clarke and Hussey on a regular basis. Herath bowled well, but only took wickets once the Aussies really tried to up the ante. However, we’ll see how they go on the better tracks in Melbourne and Sydney.

Kevin Cheong is a third-year Bachelor of Journalism student at La Trobe University. You can follow him on Twitter: @Cheongas.