Pacific Island nations have sat down in 12-hour talks overnight to discuss climate change action, Australia denies their failure to come to a consensus. 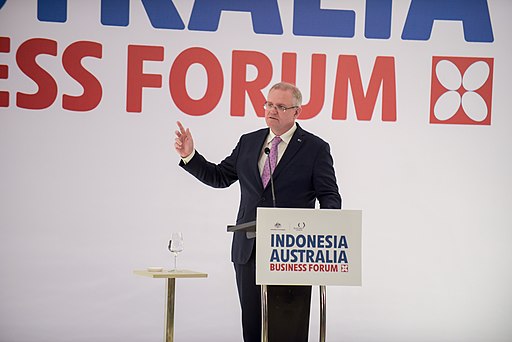 Australia has watered down climate change agreements in a 12-hour talk in the Pacific nation of Tuvalu.

Pacific island nations were seeking a global ban on new coal fired power plants and coalmines as well as a phase out of all coal power, but a separate Kainaki II Declaration was drafted with different terms about coal.

Because of rising sea levels Tuvalu could be uninhabitable within decades and negotiations became heated between Morrison and Tuvalu’s prime minister Enele Sopoaga.

Sopoaga commented to the press that he told Morrison,

Morrison refused to comment about Australia’s role the failure to come to a consensus, but when Tuvalu’s prime minister Enele Sopoaga was asked by the press if  the failure was due to “a county beginning with A” he said “Yeah absolutely”.

“Australia has to answer to the Pacific,” she said.

In response to her comments radio presenter Alan Jones sparked controversy saying Morrison should “shove a sock down” her throat.

Morrison was disappointed by the comment, telling the media that is was “way out of line”.

Photo: Scott Morrison By Australian Embassy Jakarta HERE and used under a Creative Commons Attribution. The image has not been modified.