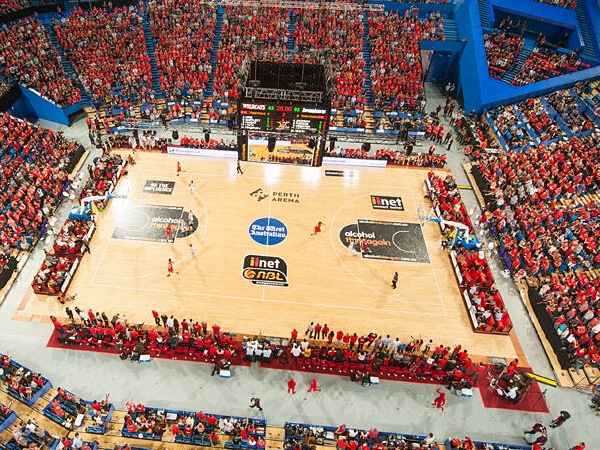 It was fiercely contested, tight on the scoreboard and grippingly dramatic, all elements befitting a season finale. Adding to the occasion, a long-standing league record was equaled.

Sadly, many wouldn’t have known, or cared about Australian basketball’s biggest stage.

In Game Two of the National Basketball League (NBL) three-game grand final series, the New Zealand Breakers overcame the Perth Wildcats 70-66 to claim the 2013 NBL championship. It was the Breakers’ third consecutive title, equaling the three-peat feat of the Sydney Kings from 2003 to 2005.

It's over! @NZBreakers win 70-66. The second ever three-peat in NBL history after an epic battle against @PerthWildcats #NBLGF

But, still, the league struggles to gain any traction.

Regardless of how good or bad Australia’s elite basketball competition is actually functioning, there is a perception that it is struggling, that playing standards are mediocre and that the future is riddled with uncertainty.

The decision from the Townsville Crocodiles to relinquish their NBL license last week – a decision that has since been rejected by Basketball Australia  – furthered the idea that the competition is struggling.

The NBL’s image needs to be fixed fast, and they don’t need to look far for a prominent example of how to revamp a league.

Football Federation Australia’s (FFA) decision to create the A-League in 2005 has proved a masterstroke. Unlike the NBL, this Sunday’s decider between the Western Sydney Wanderers and Central Coast Mariners is creating excitement that stretches beyond traditional fanbases.

It wasn’t that long ago that football was suffering in the same manner as basketball. The defunct National Soccer League (NSL) and the NBL are remarkably similar on several fronts, and the latter seems destined to follow the path set by the former.

The NSL was formed in 1977, the NBL in 1979. Across 28 seasons, 42 teams participated in the NSL, while 41 have been involved in the NBL to date. Both organisations tried to utilize the summer market, moving away from established winter formats to avoid clashing with AFL and NRL seasons.

The NSL and NBL grew gradually until the late 1980s and 1990s, when both league’s experienced what is widely believed to be their strongest periods of success and relevance on Australia’s sporting landscape.

However, the beginning of the 2000s coincided with the start of the NSL and NBL’s demise. With many marquee players bidding farewell, both competitions were rapidly losing ground and tried to stay afloat by attempting to promote their brands in untapped markets.

The Singapore Slingers (2006 – 2008) and New Zealand Breakers (2003 – present) were injected into the NBL with vastly differing levels of success, while the Auckland Kingz (1999 – 2004) were an overwhelming failure in the NSL – indicative of the competition’s final years.

The fork in the road to separate the parallels occurred in 2004. Then Australian Soccer Association boss Frank Lowy and his fellow administrators showed tremendous nous and initiative, recognising the NSL’s image issues, cutting their losses and began forming the A-League.

Plagued with unwanted stigmas, an Australian basketball rebirth is required and for the scenario to occur, the league must rediscover its identity.

Back in the 1990s, the Melbourne Tigers were a powerhouse and a significant sporting stakeholder, boasting household names like Andrew Gaze, Lanard Copeland and Mark Bradtke.

The biggest difference between the past and present NBL, talent aside, is a distinct lack of recognizable characters across the country.

Gaze, Copeland and Bradtke were synonymous with Melbourne; Brett Maher with the Adelaide 36ers; Ricky Grace with Perth; Leroy Loggins with the Brisbane Bullets; Robert Rose with Townsville and the list goes on.

That is almost non-existent in the NBL presently.

The A-League hasn’t been all smooth sailing, but it has produced clear identities. Archie Thompson and Kevin Muscat are immediately associated with the Melbourne Victory; Alessandro Del Piero the same with Sydney FC.

A new competition, by name at least, would almost certainly spark genuine belief of brighter days for Australian basketball. If the A-League is any guide, hope and excitement – along with strong leadership and structure – can steer you away from your demons, and towards more desirable outcomes.