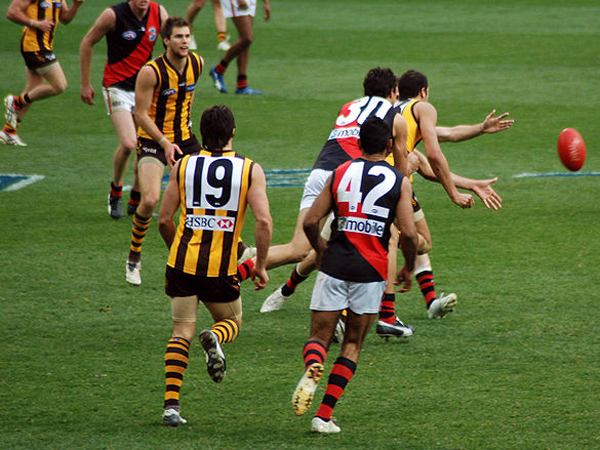 The ACC findings of a yearlong investigation have placed Australian professional sports in the spotlight. Findings of underworld relationships, potential match fixing, illicit and performance enhancing drug use featured in the report released Thursday morning.

Due to the nature of the report’s findings, the specific details were scant but the message pedalled by the Kate Lundy, Federal Sports Minister was tough, ‘We will find you

Despite the tough talk, the ACC investigation identifies a simple idiom in Australian sports.

‘Australians are proud of their … reputation as a nation of good sports, and our society expects high standards of behavior from all people involved in sport’

The perception of Australians as good sports is entrenched in the image of John Landy helping Ron Clark after falling in the Melbourne Olympics.

The thought of corruption goes against the grain of our sporting identity. We were once a nation of battlers; Good-natured folks that strolled out of the bush and won gold medals, Wimbledon and the Americas Cup.

For Australians, anything other than ‘having a go’ was foreign. For the longest time we watched the rest of the world’s sports struggle with corruption, doping and match fixing while we self assuredly ‘got on with it’.

We were distant in all senses when the US’ World Series Baseball was tarnished by match-fixing nearly a century ago.

The late 90s and 2000s further sullied the American national game with rumors of steroid use by Hall of Famer Barry Bonds and a doping admission from Mark McGuire.

The murky blackmail, game fixing rumors and subsequent murder of Columbian players at the 1994 World Cup only existed on our sports reports.

In Track and Field, Gold medalist athletes were ashen faced too, being stripped of their Olympic Medals. Again, foreign faces were full of regret but it was a world away.

Media hyperbole in headlines has been rife; Sports Darkest Day, Today we are all Lance Armstrong, Would you want your son playing AFL Footy?

For Charles Happell at Backpage Lead, ‘…sport’s wholesome qualities and values – ‘playing for the love of the game’ and ‘it’s not the winning that counts, it’s the taking part’ – can now be considered redundant and belonging to another, more innocent, age.’

It’s a bridge too far to suggest that these old time sentiments of Australian sporting identity have been with us in recent years, warding off corruption and a win-at-all-costs attitude.

Indeed the ‘age of innocence’ ended long ago — it’s just that Aussies can be quick to forget.

Dean Capobianco, our highest profile sprinter was banned for anabolic steroid use in 1997. Kayaker Nathan Baggely also tested positive in 2005 and was allegedly found with a pill press and illicit drugs. Australian cycling legend Phil Anderson is also potentially implicated in the Armstrong doping saga.

Shane Warne’s dalliance with supplements is well documented, but his Warne’s statue still stands proudly outside the MCC Members stand.

In 1995 Warne and teammate Mark Waugh were fined by the ACB for providing match information to a bookmaker, and kept secret by the ACB until 1998. Waugh now features in advertisements for online bookmakers.

This announcement might well be the ‘tip of the iceberg’ for exposing corruption and drugs in Australian sport. But it’s hardly a revelation and the old ways are long gone. For the $8bn dollar plus sports industry, the once marketable old-world sporting identity will be a ghost that haunts the brave new world of speculation.

Dan Toomey is a Master of Global Communication student and the curator of youlikesomeone. He makes great martinis but is a lousy chef. Follow him on twitter @dan_tooms.