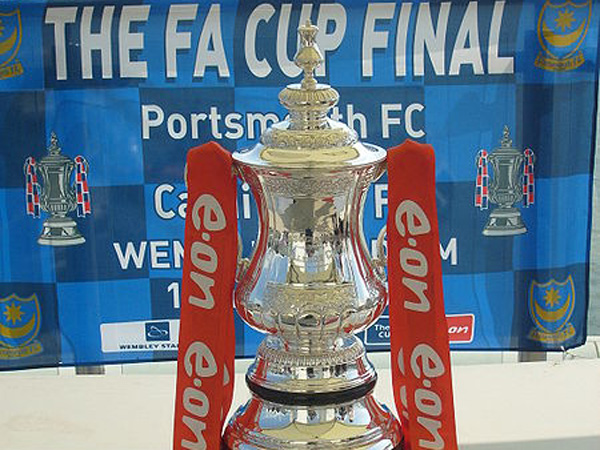 Football fans have been calling for an FA-Cup style competition in Australia for years, and it seems that their prayers have finally been answered.

Last week’s announcement by David Gallop that Football Federation Australia plans to have a nation-wide cup competition starting as early as next year has been widely applauded. From local clubs, right up to those in charge of the game, all believe this is a new coming-of-age for Australian football.

“We all grew up watching the FA Cup and we recognise the connection point it makes for every football club in England,” Gallop told reporters at the AAP Sports Editors Conference last Wednesday.

“There’s a fairytale element of the competition in terms of what’s possible and it will add another dimension to the Australian football calendar.”

While the exact format of the competition is yet to be finalised, Gallop said he expects the competition to begin in April next year and have its inaugural final on Australia Day in 2015. However, this date clashes with one of the matches of the 2015 Asian Cup to be held in Australia. This issue was promptly addressed by the FFA in a tweet.

In response to AAP #FFACup report [http://t.co/qTnhD2bI8g], while an #AustraliaDay Final would be great, the 2015 @afcasiancup has priority.

The FFA Cup will involve “six or seven hundred teams” from around the country, providing tremendous exposure and experience to players in state leagues and below.

However, this raises a very important issue: these teams will have to travel in order to play. Australia isn’t a small country, and to transport an entire team from Melbourne to Perth, for example, will be extremely expensive. For smaller clubs this would be very hard to achieve.

Peter Kotsiris, president of Northcote City FC in the Victorian Premier League, believes that whilst travel would be unavoidable in an FFA Cup, it could be offset through sponsorship.

“Unfortunately Australia is a huge country in terms of land mass, and air travel is the most likely solution for matches, depending on the draw. Having said that, we can’t have it both ways and there is a couple of ways to alleviate this potential problem,” Kotsiris told upstart.

“One is to make it a state-based competition until we reach a certain point of the draw where travel is unavoidable. The other is to utilise the services of QANTAS, one of the FFA’s major sponsors, who could keep travel costs as cheap as they possibly can. Perhaps a naming rights deal for them would make sense. The QANTAS FFA CUP has a nice ring to it, doesn’t it?”

Other clubs have had the same idea. Pave Jusup, a committee member at Melbourne Knights FC, also believes that sponsorship will be key for clubs to be able to travel.

“In the NSL you had Ansett, and later Qantas, which would provide complimentary tickets for fifteen players, a coach, an assistant, and an official, which was a massive offset on the costs of travel. You could then afford to arrive earlier to prepare properly, stay in a good hotel, and rent preparation facilities,” said Jusup.

Jusup also had misgivings about the proposed timing of the competition. By the time the FFA Cup finishes, the A-League clubs will be in peak physical condition, whilst for the majority of other clubs it will be their off-season.

“We’d like to state that the timing of the competition is of importance for both A-league and lower league clubs,” Jusup added.

Putting logistical issues aside, both Kotsiris and Jusup believe the benefits of playing against an A-League club would be huge for a smaller team.

“Probably the main benefit would be gate takings. Should we draw Melbourne Victory at our home ground in a serious match, you’d expect that to be a sell-out (made up of) many of our fans that have lost interest in the competition we currently play in, as well as Victory fans. That one game could finance a season for the club,” Jusup said.

“I believe our players would benefit as well. The opportunity to showcase their talent to A-League clubs could potentially land them a trial or even a contract in the A-League,” said Kotsiris.

With Australia’s current crop of Socceroos only just clinging on to their World Cup hopes, unearthing some new talent sounds like a very good idea.

Paddy Naughtin is a third year Bachelor of Journalism student, and current staff writer for upstart. You can follow him on Twitter here: @PaddyNaughtin