Collectors making a fortune from the hobby. 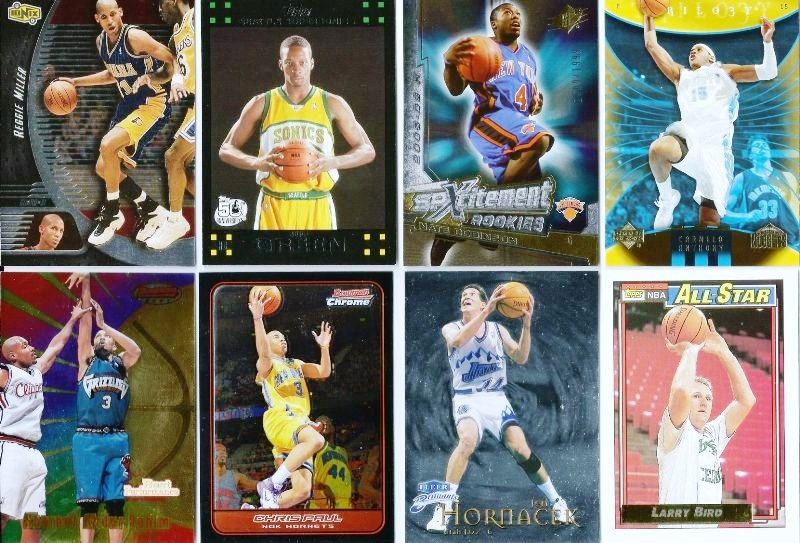 Collecting sports cards has been a passion for generations of Australian children.

From the 1920’s cards were introduced with other products, such as chocolate and cereal packets. The low cost of manufacturing the football cards meant thousands were released in the 1930’s, before war intervened in 1939 and led to a lull in production.

In the wake of war, newspapers; including the long gone Melbourne Argus, began producing footy cards.

The boom in Australian card collecting occurred in the 1970’s with the release of the Scanlens cards.

Scanlens first hit the market in 1963, but with a lull in card collecting in the 1960’s, the company would have to wait until the 1970’s to taste success. 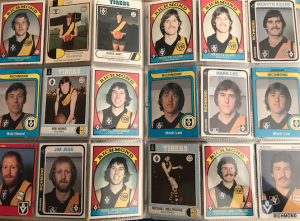 The increased exposure of football on television made footballers household names and led to a surge in football card sales.

Today, football cards are still a must have item for young Australians.

In 1989, Scanlens ceased producing football cards and were replaced by Select.

Since Select became the official card partner of the AFL, the production of the cards has drastically changed.

“Over the last 25 years cards have gone from just being made of cardboard with a machine varnish on them to printing onto holographic foilboards with a plastic laminate, so they won’t deteriorate,” Tony Duclos from Select tells upstart. 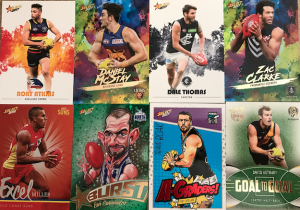 Select produce two million packets of football cards per year. At the start of the season, Select mass produce the ‘Footy Stars’ cards, which are aimed at the casual collector.

The more prestigious ‘Certified’ cards are produced in the later half of the football season and are not mass produced, meaning the card holds greater value.

Card collecting has grown from purely being a favourite children’s past time to a financial business, with some cards worth as much as a luxury SUV.

The 1963 set of Scanlens cards, featuring Bob Skilton, Polly Farmer and Ted Whitten is worth in excess of $15,000. 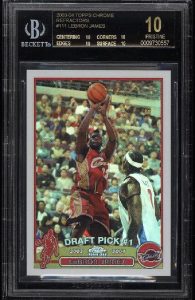 The card is known as a ‘Black Label’ and is considered James’ true rookie card, which is why it is worth the large sum.

Chrälie Oxleye from Melbourne’s Cherry Collectables tells upstart that there are many reasons why a card can be valuable.

“The athlete is always important. Michael Jordan or Lebron [James] are always going to be worth more than other players.”

“Then you have factors like the autograph. Is it on a sticker or on the card? The cards where the athlete actually has to hold the card to sign it are worth more.”

“Then there are things like a piece of their uniform and the rarity of the card, as in how many are produced.”

The increased number of Australian’s playing in the NBA has led to a rise in the popularity of NBA cards.

NBA cards are the most popular item sold at Cherry Collectables, with a majority of their customers brought up through the Michael Jordan era of basketball.

“The kids who grew up in the 1990’s are now in there 30s and are working and now have more money to spend on cards,” Oxeley tells upstart.

“The increase exposure of the NBA in Australia has also played a part in the popularity of NBA cards. In the 90s you got one game a week on TV if you were lucky. Now there are so many ways to watch the sport.”

Oxeley said the most valuable card he has seen at the store was a Thon Maker card from earlier this year.

The Panini Noir card with Makers hand written signature is the only one of its type and would fetch over four figures at an auction, according to Oxleye.

Marcus Fox is an advent NBA fan. The 21 year old collected AFL cards as a child but in recent years has collected NBA cards.

“I got into basketball in high school. I started loving it and following it more so I just thought it would be a good hobby to collect cards,” Fox tells upstart. 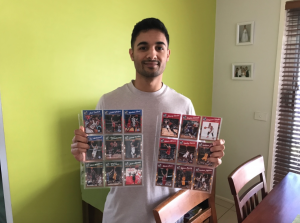 Fox’s most prized card is his signed Carmelo Anthony card, which he believes has some worth.

“There’s only 49 of them [Carmelo Anthony card] and I’ve got number three and it’s signed.”

“I tried checking the value online, but it is too hard to find. Because he hasn’t won a championship yet I would say the value wouldn’t be as much as I expect.”

Fox may have cards that could make him a small fortune, but he is not fazed if they are not worth anything.

Collecting NBA cards is a hobby that brings Fox joy.

“It’s a good hobby. Its fun opening the packs and putting the cards in the collection. It’s good clean fun.”