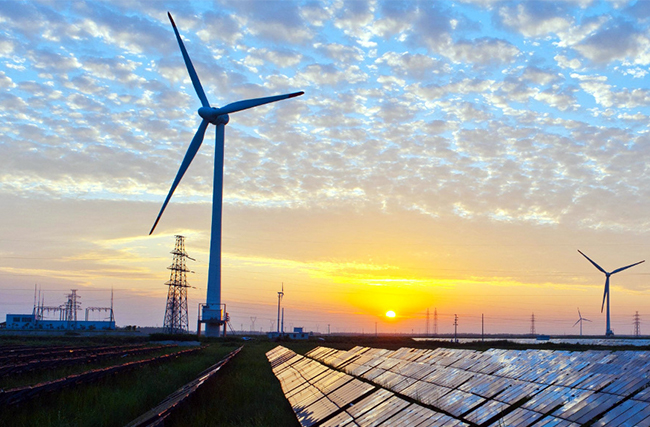 Recently, the treasurer, Josh Frydenberg announced that Australia has entered its first recession for 29 years, after the economy went backwards by 0.3% in the March quarter due to the impact of the coronavirus and, most importantly, bushfires. As the treasurer showed, climate change has taken a toll on the economy.

In May, despite the the Government revealing an “Technology Investment Roadmap” to achieve zero emissions by 2050, it  indicated that more money would be put towards the gas despite, fossil fuel-based energy’s contribution to climate change.

“Gas is a fossil fuel that is driving climate change. On top of that, gas’s price is volatile. It’s dangerous for a range of other reasons in Australia,” she told upstart.

According to experts, hydrogen energy is key to Australia’s future, but for Australia to be a renewable-led exporting powerhouse, the government should invest money in “green” hydrogen, which is made from renewable energy and produce zero emission.

The government have invested “billions of dollars” in Carbon Capture and Storage (CCS). Despite that, it is still trying to use CCS to save gas-fired plants which run on borrowed time.

“You can make hydrogen [energy] from brown coal, black coal, gas, and some proponents of fossil fuels that you can attach CCS technology to the fossil fuel produced hydrogen,“ Weisbrot said.

According to the Climate Councillor, Greg Bourne, CCS is an expensive, ineffective climate solution designed to prolong the role of fossil fuels.

The director of Victoria Energy Policy Centre, Bruce Mountain says the production of hydrogen energy is not yet “valuable” in Australia, due to existing, more affordable energies.

“It’s very expensive to do to this scale and the commonwealth government in Australia would much rather see hydrogen coming from coal than the green hydrogen. That becomes a bit of barrier for hydrogen development.”

“Victoria does have some good policies in place. It can certainly do better, but the Victorian government has legislated a renewable energy target of 50% by 2030 and they have some interim targets as well.”

However, Bruce Mountain said that the energy transition has been “the easiest”.

Both Weisbrot and Mountain recognise that Victoria is resourceful for renewable energies and admit the state itself has a limitation on energy transition. They call for change to the federal government’s energy policy, because there are benefits not only for our environment, for our economy. Recently, the Clean Energy Council reported that the renewables sector could potentially employ 44,000 Australians by 2025, with the majority of these jobs in regional areas.

“This creates huge benefits for the state, not just reducing our emissions, but the job creation potential from renewable energy the associated industries in Victoria is enormous. This is really going to be the foundation of our future economy and the thing that leads us to becoming a renewables-led powerhouse in the global economy in the future,” said Weisbrot.

“Australia has a huge opportunity to export our sun and wind, our renewable energy to other countries in our region such as Japan that don’t have the resources to create renewable energy itself. This will require policy and vision from our government.”

“A long path lies ahead. It’s my conviction that this path is not going to be pursued unless government policy directs there quite quickly,” said Mountain.

Whether Australia could become a “renewable-led exporting powerhouse” in the global economy and recover from the recession depends on future investments towards renewable energy technologies.

Article:Yuto Ito is a first year Graduate Diploma of Media and Communication student (Journalism) at La Trobe University. You can follow him on Twitter @Petemymate
Photo: Renewable Energy on the Grid – by Wikimedia Commons available HERE and used under a Creative Commons Attribution. The image has been resized.