Driven primarily by younger Australians, alcohol consumption is on the decline, prompting many to explore alcohol-free alternatives. 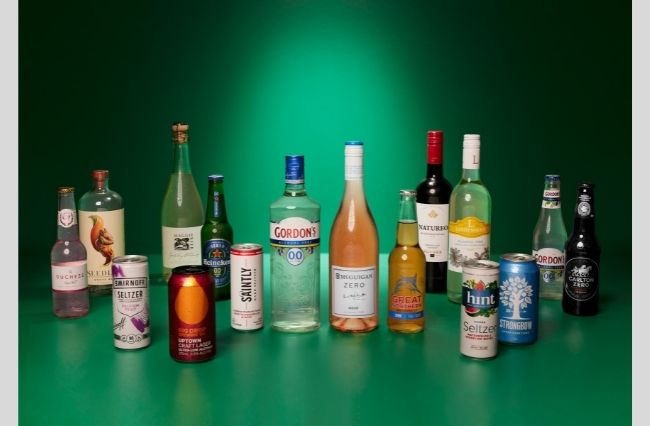 For many Australians enduring harsh lockdowns, the prospect of enjoying a fine wine or cold beer with friends and family is tantalising. Victorian Premier Daniel Andrews might even be reaching for something higher up the shelf than the beers he’s been repeatedly telling Victorians that they’ll be able to “get on” once they behave themselves in lockdown. Yet there may also be many Aussies who choose to celebrate the end of lockdown without any form of alcohol.

Led predominantly by the younger generation, a new movement of “sober curiosity” and “mindful drinking” has been embraced by more Australians in recent years. Mindful drinking relates to being conscious of the effects alcohol has on our body and by being aware of when, why and how much we drink.

For a nation where alcohol has historically been an intrinsic part of its culture, consumption is actually on the decline, especially among younger people. According to the 2019 National Drug Strategy Household Survey, between 2001 and 2019, the proportion of Australians aged 18 to 24 who abstained from alcohol rose from 9.7 percent to 21 percent and from 8.8 percent to 24 percent for 25 to 29-year-olds. Conversely, for those aged 70 and over, those abstaining declined from 32 percent in 2001 to 28 percent in 2019.

Dr Amy Pennay, a senior research fellow at La Trobe University’s Centre for Alcohol Policy Research, says it’s quite unique for young people in today’s age to be pioneering a change and thinking differently about alcohol compared to past generations of young people.

“We know from trend data that per capita alcohol consumption has been going down for some time, but it is particularly being driven by declines in drinking among young people. So that’s teenagers, but also young adults,” she tells upstart.

“If we look at the statistics, they’re [younger Australians] engaging less in risky behaviours than ever before. They’re engaging in drug [and] alcohol use less.”

This shift in consumer behaviours has contributed to a surge in the availability and popularity of alcohol-free alcohol. Food Standards Australia defines non-alcoholic beverages as those containing less than 0.5 percent ABV (alcohol by volume).

According to the IWSR Drinks Market Analysis, the low and no-alcohol segment in Australia grew by 2.9 percent in 2020, with non-alcoholic wine reportedly being one of the fastest-growing drink categories this year. Data from Endeavour Group, the parent company of BWS and Dan Murphy’s, also shows that sales of non-alcoholic drinks increased by more than 83 percent in 12 months.

One of the driving factors behind this growing demand for alcohol-free alternatives is the increased uptake of health-conscious attitudes and behaviours. Twenty-year-old Marcus Agnos decided to give up drinking alcohol two years ago. Agnos says he feels comfortable with his decision and believes that the side-effects of alcohol consumption outweigh the short-term satisfaction.

“I think I’m pretty health conscious. So once I started experiencing the after-effects of alcohol, it wasn’t something that I really wanted in my life,” he tells upstart.

“I enjoy life just as much now as I did when I was drinking alcohol.”

A research paper published in the International Journal of Drug Policy examined how abstaining from alcohol or drinking within the Australian guidelines of risky drinking affected the experiences of pleasure and enjoyment in young Australians aged 16 to 19. Out of the 50 people interviewed, some identified that drinking lightly or not at all enabled them to enact a more authentic or better version of themselves. Meanwhile, others also described the displeasure of potentially losing control of their emotions and bodily functions in social settings.

One question, however, is why people are choosing alcohol-free variants instead of a simple glass of water or soft drink?

Dr Tamara Bucher, a consumer behaviour academic and researcher at the University of Newcastle, tells upstart that taste culture is a key factor. The choice to move away from alcohol doesn’t necessarily mean that someone loses an appreciation of the flavour profile of these beverages. Those who choose to moderate their alcohol consumption may still drink a certain product to pair nicely with a meal, such as a glass of Shiraz with a perfectly cooked steak.

Another factor is that these non-alcoholic products now taste better, leading to greater consumer satisfaction.

“Both the quality and availability of alcohol-free beverages have increased. This means that although alcohol-free wine existed to a certain extent since more than 10 years, it hasn’t tasted as it tastes now,” she says.

Many of the first non-alcoholic beverages were initially produced by simply boiling away the alcohol content, resulting in the elimination of the flavour and aroma of these products. However, modern innovations have enabled alcohol-free brands to create beverages that better replicate their alcoholic counterparts, where the flavour compounds of a beer, wine or spirit can be preserved.

Major liquor retailers have jumped on board this growing trend to meet consumer demand. Dan Murphy’s is set to boast one of the country’s widest ranges of non-alcoholic products, extending to craft beer, rosé, bubbles, craft gin and bourbon.

Bree Coleman, Endeavour Group’s head of merchandise transformation, says more customers are beginning to discover the great taste and quality of these products, making it no longer a compromise to choose a non-alcoholic alternative.

“There is some great innovation coming out of Australian producers in this space, and so many delicious flavours, concepts and textures to discover,” she tells upstart.

This growing variety of non-alcoholic products offers individuals an opportunity to escape the all-or-nothing choice when it comes to drinking. Bucher further explains that drinking is not always solely about the alcohol.

“A lot of this is about having the choice. These [non-alcoholic] products make it possible to choose to drink something in an environment where you are out at the bar, and you don’t have to have alcohol just because you are there,” she says.

One business who recognised the gap in this market is Brunswick Aces, the first-ever non-alcoholic bar to open in Australia. Initially inspired by the creation of Australia’s first non-alcoholic gin called Sapiir, the Brunswick Aces brand has now expanded to encompass a bar, bottle shop and distillery. Stuart Henshall, brand director at Brunswick Aces, says the response from the public was overwhelmingly positive when the bar opened earlier this year.

“There are so many Aussies looking for a space to socialise that doesn’t involve alcohol, but where they still feel prioritised and not on the outside. The bar looks and feels like any other bar so you wouldn’t know the difference,” he tells upstart.

“We are a community-focused business. We want to be the go-to place people feel welcome and can ask any question or share any story about their journey to sobriety or moderation, so they feel part of something bigger.”

Creating this sense of inclusivity and belonging serves as an important part of offsetting the expectation and pressure individuals can sometimes feel to consume alcohol in certain environments. Research conducted by Dr Pennay and her colleagues examined attitudes towards non-drinkers in Australia and the stigma attached to abstaining from alcohol. Involving a total of 37 drinking and non-drinking Australian adults, the analysis found three common themes, which are non-drinkers being perceived as a threat to fun, connection and self. This also involved perceptions of non-drinkers as a judgemental “sober eye”, disrupting the desired hedonistic environment created by alcohol.

However, with young Australians primarily driving a decline in alcohol consumption, Dr Pennay says this stigma is slowly diminishing.

“In terms of the normalisation or the pressure to drink, I think that’s shifting. Non-drinkers, especially amongst teenagers, are the mainstream now. Research is suggesting that there’s less burden for people to even have to pretend they’re drinking,” she says.

Brunswick Aces hasn’t been the only brand to embrace this ever-evolving non-alcoholic market in Australia and work towards breaking down the stigma of socialising sober. Sobah and Heaps Normal have been leaders in the creation of non-alcoholic craft beer. Sobah is Australia’s first non-alcoholic beer company that incorporates native Australian ingredients such as lemon aspen, pepperberry and finger lime in some of their creations to provide consumers with a diverse product range.

But Australia isn’t the first country to embrace non-alcoholic alternatives. Tamara Bucher says non-alcoholic products have been present throughout Europe for quite a while, with alcohol-free beer being massively popular.

“All the beer brands in Europe have alcohol free variants and it’s their largest growing product segment,” she says.

According to Global Data’s Beer & Cider Market Analyser, innovations in beer and cider products with an ABV equal to or below 0.5 percent grew by 8.4 percent and 9.3 percent respectively between 2015 and 2020 across Western Europe.

The release of more non-alcoholic products has led some consumers to believe that these alternatives should be cheaper than their alcoholic counterparts. Bucher says this reflects a perception that alcohol attracts tax, meaning if there’s less alcohol, there’s less tax. However, she explains that consumer expectations of a lower price for these non-alcoholic beverages are misplaced.

“The production of low-alcohol beverages or alcohol-free beverages is often more expensive. It’s an additional processing step to remove alcohol from wine,” she says.

The growing uptake of mindful drinking attitudes shows a promising sign for alcohol-free brands and products in the future. According to the IWSR’s 2021 No and Low-Alcohol Strategic Study, sales of these products is expected to increase by 31 percent by 2040 across 10 markets – Australia, Brazil, Canada, France, Germany, Japan, South Africa, Spain, UK and the US.

“Back then, options were few and far between and not that impressive. Now you have the likes of Hungry Jacks and the big chain supermarkets selling incredible replacements,” he says.

“The industry is set to be worth billions globally in the next couple of years, so the only way is up from here.”

Article: Jonathan Potenza is a second-year Bachelor of Laws/Bachelor of Media and Communications (Journalism) student at La Trobe University. You can follow him on twitter @j_potenza15