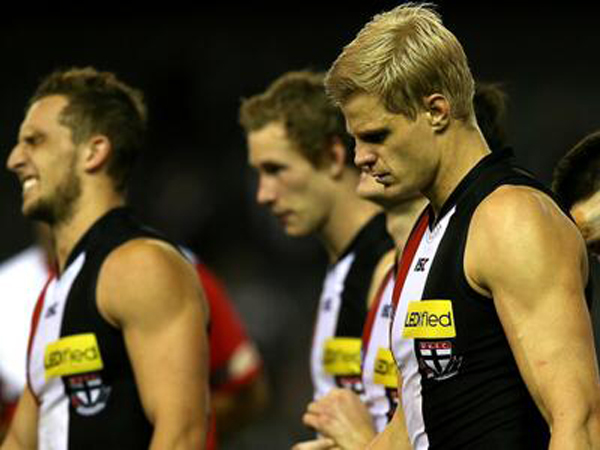 The AFL’s biggest square-peg, round-hole situation is still its fixture. How to fit 18 teams into a 23-round season, while keeping it fair for all?

For all of the carry-on and palaver in the AFL about equalisation of the clubs and ensuring the competition is fair, the largest factor contributing to whom holds the Premiership Cup aloft in September remains the uneven draw.

The host of SEN’s Morning Glory, Andy Maher, agrees the fixture as it stands makes it impossible for some to win the flag and desperately difficult for others to see September action.

“If you stop and think about it, it’s actually a joke. It’s a laughing stock,” Maher tells upstart.

“The draw is a joke and everybody acknowledges it, but nobody is willing to bite the bullet and say ‘are we going to get fair dinkum about the competition?’ and fix this up.”

The AFL must consider reducing the season by six rounds, from the current format of 23 rounds with two byes per club, leaving a 17-round home and away season where every AFL club can face the others once.

“I’m all for it but the chances of it ever finding its way to football are pretty remote I think,” says Maher.

“The only way this is ever going to happen is if someone in one of the key executive areas of the AFL decides that the integrity of the draw is actually really important and, until they arrive that point, nothing is going to change.”

Maher suggests the possibility of including an All-Star weekend or the return of State of Origin football to the calendar, which has been squeezed out despite pleas from most players in the competition.

“There are ways to flesh it out a bit. I don’t think there would be the same number of games from a content perspective, but you can add a bit of gloss to the draw pretty simply. If it’s all about providing quality content, I think there’s ways around it,” says Maher.

“I think the prospect of a wildcard weekend is a really good idea. That way you can create a bridge between the home and away season and the finals series. Even in the current setup, the AFL like the idea of a wildcard weekend. It is the kind of thing they are drawn to.

“You can have two or three games that are a part of that weekend that are really interesting to potential broadcasters, compared to all of the home and away games that are featured throughout the year.”

The AFL craves as many blockbuster matches as it can get its hands on, but in turn it must put up with lowly sides battling one another more often.

The best teams must face the best teams twice, while the poorer teams are allowed to pinch wins off their struggling counterparts twice. This somewhat rewards mediocrity and punishes the top sides.

The result is a ladder on the eve of September that may not accurately reflect the true pecking order.

“They could come up with another two teams if they wanted to continue the expansion,” Maher continues. “Just make it a 20-team competition, then you’ve got 19 games, a State of Origin weekend, a wildcard week and suddenly you have over 20 weeks before finals start and you’re back to where you started in terms of weekends of footy.”

With pairs of teams now in non-Victorian states, each Victorian team would travel to each state once per season.

“If you decrease the number of games, even if it’s only by three or four per club, that’s an extra bit of loading that you don’t have to put on the players. Then, one or two soft tissue injuries that don’t have to happen might not occur and you could possibly be extending the careers of players and players are able to play for an extra year or two,” says Maher.

To avoid another lacklustre start to the season, round one can begin a few weeks later than it did in 2014, meaning the MCG will be available for the season’s opening.

As traditionalists call for Grand Final day to remain on the last Saturday in September, it can, with the orchestration of a longer finals series, featuring perhaps 10 teams.

The top sides at season’s end can be properly rewarded this way with a bye in week one of the finals.

“These are all conversations you can have if you decide the draw has to be sorted out,” says Maher.

Perhaps the fixturing will be item No.1 on incoming CEO Gillon McLachlan’s to-do list.