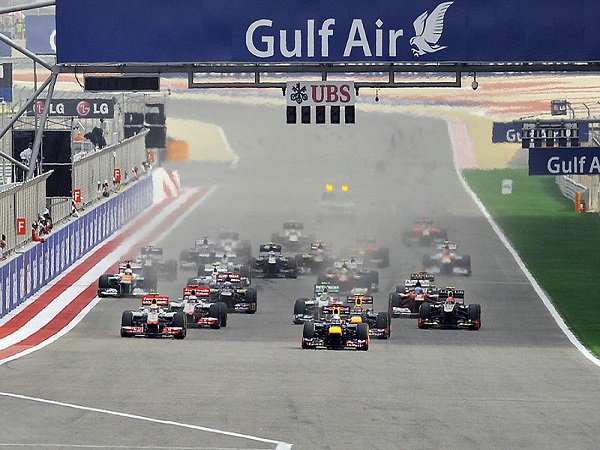 It’s been just a few days since Fernando Alonso claimed Ferrari’s first win of the season in Shanghai.

Wasting no time, the teams and drivers have arrived at the Bahrain International Circuit to prepare for the fourth instalment of the 2013 season this weekend.

Although the on-track action is barely predictable, off the track there will be a feeling of déjà vu amongst the paddock as they roll into the sand-surrounded city of Sakhir.

Yet again the Bahrain Grand Prix is at risk of being overshadowed by political unrest in the tiny gulf nation, as the Shia Muslim majority fight for reform and democracy in a country that has been run by the al-Khalifa royal family for over 200 years.

It isn’t so much the danger that any of the teams are under that puts the race at risk of creating negative headlines. Rather, it’s the protesters’ insistence that by holding the Grand Prix, everybody involved – from the F1 hierarchy, down to the mechanics and team chefs – is supporting the al-Khalifa regime.

For the sake of the nation – and less importantly the Grand Prix – let’s hope for an incident-free weekend.

As far as the on-track action goes, the circuit’s position in what is essentially a desert throws up various challenges for the teams. Dust is a major issue for the teams in terms of tyre-wear, as the wind pushes the particles onto the track, creating a dirty surface that exacerbates the graining of the rubber. This means drivers will feel they are literally driving on ice, such is the lack of grip.

Flying to Bahrain this morning.
Always good to see the troops @redbullracing im tipping loads of the mechanics are sunburnt. #redbull

Pirelli have come under a tonne of criticism via a number of avenues for producing a tyre that degrades far too quickly this season. Things won’t get any better this weekend, with both the dust and mixture of high and low speed corners primed to wreak havoc on the rear tyres on race day.

By now it’s fair to say we’ve seen the true representation of the pecking order for this season, with Red Bull, Ferrari and Lotus looking to be the only teams capable of winning the championship from here; despite the fact that we are so early on in the calendar.

Mercedes didn’t live up to the hype that surrounded them pre-Shanghai, both in terms of speed and reliability. Lewis Hamilton is certainly showing his ability to squeeze every ounce of performance and more out of his car, but it still hasn’t been enough. It’s hard to see him stepping on the top of the podium this weekend.

If there is one man looking for a strong performance in Bahrain, it’s Mark Webber. The Australian endured a disastrous weekend in Shanghai, which began with a fuel bowser issue in qualifying, which had him excluded from the session, and started the race the next day from pit lane. It only got worse for him as he traded paint with Toro Rosso driver Jean-Eric Vergne, then later lost his left-rear wheel, which ended his race early.

Speaking of Australians, Toro Rosso’s Daniel Ricciardo enjoyed his best ever finish in Formula 1 after crossing the line seventh in Shanghai. Ricciardo has since mentioned he expects something similar in Bahrain, to further stake his claim at the elusive second Red Bull seat once Webber leaves….or is pushed.

The midpack battle between Toro Rosso, McLaren and Force India is one to keep an eye on during Sunday’s race, although being in this kind of company is a disaster for a team such as McLaren who are so used to fighting for world championships.

At the back, Jules Bianchi continues to impress in his debut season with Marussia, blowing both the Caterham’s and his teammate Max Chilton out of the water. It’s more than likely Bianchi will do the same in Sakhir, barring reliability issues.

It’s impossible to separate the three top teams this weekend, but Lotus’ smart tyre management may get their man Kimi Raikkonen over the line and on top of the championship heading into the European leg of the race calendar.