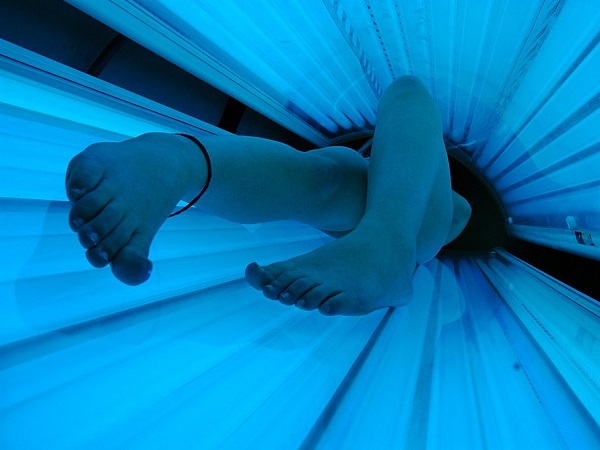 Melanoma is more prevalent in Australia than anywhere else in the world so it came as little surprise that legislation to ban commercial solariums passed through the Victorian parliament last week.

Victoria now joins NSW, South Australia, the ACT and Tasmania in their move to ban tanning beds, which will come into action by the end of 2014.

The legislation is part of the state government’s skin cancer prevention framework released late last year. The Premier at the time, Ted Baillieu said, “We believe solaria are dangerous and there will be no compensation [for businesses affected].”

Jen Makin is the Research and Evaluation Manager at SunSmart and she has worked with the cancer council to develop the ban.

“It’s been quite a long process, I guess most physically sparked by Claire Oliver – who was a very brave young woman – who died in 2007 from a melanoma that she attributed to her solarium use. She campaigned very strongly in the months before her death for a complete ban on solariums,” Makin says.

Despite the campaign, the tanning industry has grown rapidly over the past few decades, with many people still opting for a real tan over a fake one.

Statistics show the number of solariums advertised in the Yellow Pages increased by 400 per cent between 1996 and 2006.

Today, there are 458 commercial tanning beds in operation around Victoria but implementing a ban means many businesses will suffer huge losses and risk facing closure.

Vicky Brown has owned Browns Tanning Studios for 13 years and she is devastated by the state government’s announcement.

“I’ll be closing,” Brown says. “There is no compensation even though the beds are worth thousands of dollars. I can’t sell my business either.”

Although Brown says she can see why the government is imposing a ban, perhaps Victoria should have followed in the footsteps of NSW, who are offering a $1000 rebate for each bed, as well as free disposal.

This rebate is one measure to assist businesses with logistical costs and – to some extent – ensures that solarium beds will be handed in by the December 2014 deadline.

It also shows the NSW government has given some thought to the impact on business owners and the environment.

Makin says the cancer council has discussed this with the Department of Health but are instead hoping to implement a free disposal scheme to prevent private sales.

In this case, tanning salons are copping the brunt of one of Australia’s biggest health issues. Whether it’s fair or not, research suggests it’s a necessary action.

The International Agency for Research on Cancer (IARC) found people who started using sunbeds in their teens or twenties had a 75 per cent greater risk of developing a melanoma.

However, despite research on the negative impact of solariums, research also shows that solariums, or phototherapy, can be used to treat incurable skin conditions – something Brown thinks is being overlooked.

“A lot of people use tanning beds for skin conditions like eczema or psoriasis, not for a tan,” she says. “Because Victoria is a bit hit and miss with the weather, if you have a skin condition that needs sunshine, doctors send people to solariums.”

The new legislation has received mostly positive feedback and is likely to go a long way in cancer prevention.

So happy to hear this – “Victoria has officially joined NSW, SA, TAS and the ACT in a total solarium ban”. Go Australia! #tanningkills

And although the government is being urged to implement a free disposal program for the beds, owners and customers of solariums believe stakeholders could have been considered more in the process of banning commercial solariums.

“I have lovely staff and customers who have all signed petitions but have gotten nowhere,” Brown says. “We’ve been bullied out of business and I didn’t think any government in this day and age would do that.”