Sport giving teenagers a sense of purpose in life. 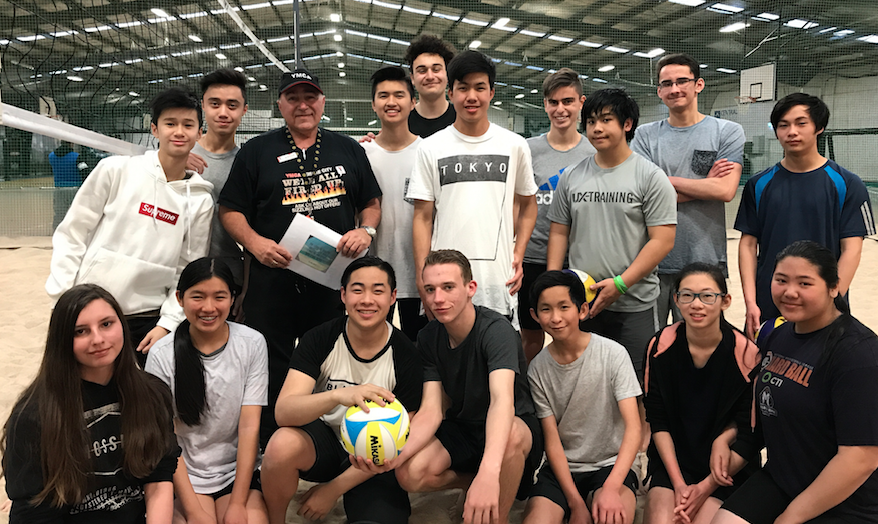 Anton Micallef is a self-proclaimed Star Wars tragic. The two-time Victorian beach volleyball champion has been a fan of the franchise for as long as he has played the game.

It is little wonder why he refers to the sci-fi film when he explains the reason for developing the YMCA Leisure City Ace Youth Volleyball Program.

“If I can grab a group of teenagers going to the dark side and keep them with the force, then they are the kids I want to target,” Micallef tells upstart.

Beach volleyball has been part of Micallef’s life for over 30 years. Micallef helped run the National Pro Tour and the Australian Championships in Sydney and Queensland. But his career highlight was being the supervisor of beach volleyball at the 2000 Sydney Olympic games.

Now Micallef is the Sports Coordinator at YMCA Leisure City and is willing to teach beach volleyball to anyone who is eager to learn.

The Youth Volleyball Program was established in response to the increasing rate of crime in the Epping region. Figures from the Crime Statistics Agency show crime in Epping has increased by 6.9 per cent in 2017.

“I got sick of hearing about the Apex gangs and car breakings and houses being broken in to,” Micallef said.

“So I went to the Epping Police Force and said what can we do to help?

“They advised me the best age is 13 to 14 year olds because that’s when they are on the verge of getting into trouble.” 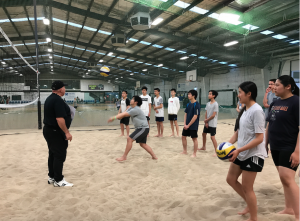 YMCA Leisure City sent pamphlets for the program to schools around Epping. The program became an instant hit, with 24 teenagers signing up for the course.

The program runs for three hours every Thursday night. The first hour is a free training session with Micallef, before a two-hour tournament is played. The training is designed to be difficult to prepare students for real world difficulties.

“I show them things in regards to volleyball… and then I convert it to life situations,” Micallef tells upstart.

16-year-old Youness Adla has been a regular at the program since February this year. Adla played volleyball at school, but never took it seriously until he joined the youth program.

“I had no idea how to really play. I kind of just hit the ball over the net like tennis. It’s not until a few months ago that Anton started to teach me and show me everything and that’s when I kind of got into volleyball a lot.” Adla tells upstart. 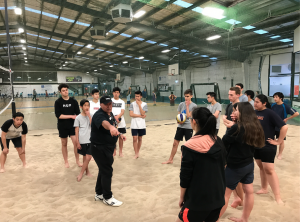 Adla now plays in the senior competition on Tuesday nights and successfully applied to become a beach volleyball referee at the leisure centre.

The camaraderie between the students is what Adla says has been the programs greatest achievement.

“We call it the family because of the relationship everyone has here. I’m friends with Mary and we just met. She’s a university student and we’re close friends now. It’s kind of easy to talk because no one knows each other. We came together and it flowed.”

At 18, Mary Stoicevska is one of the oldest members in the program. The shy Victoria University student is a star on the sand and credits Micallef for helping her on and off the court.

“He [Anton Micallef] is an amazing coach and he’s always there for us, not only for volleyball but for personal things as well. He’s like a second dad.” Stoicevska tells upstart.

Anton Micallef created the Ace Youth Volleyball Program to get kids off the street and give them a sense of purpose in life. Not in his wildest dreams did he imagine he would end up with a second family.

“That’s why the program works so well, because it’s one big family and they’re sponges, they want to learn. If it’s keeping them off the streets than I’m achieving something.”