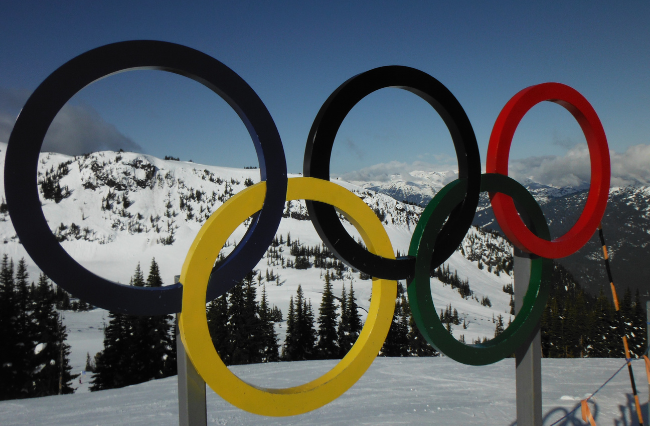 The stage is set for foreign countries to descend on China in February 2022 for the Winter Olympics. But, as the international community prepares for the prestigious athletic spectacle, the eyes of the world’s media remain fixed on the hundreds of thousands of Uyghurs and other Turkic-speaking Muslim minorities being interned in “re-education camps”.

Evidence has emerged of human rights abuses in over 380 camps located in the Xinjiang province, officially called Vocational Training Centres by the Chinese government. The Chinese Communist Party has denied these claims, and argues that ethnic minorities, such as Uyghurs, are sent to these facilities to undergo Mandarin language training and education in Chinese laws and policies, which the Party says will prevent any potential radicalisation or disruption to the social order.

Beijing 2022 will mark the second time the People’s Republic of China has hosted the Olympic Games. When Beijing last held the Summer Olympics in 2008, several demonstrations and rallies disrupted the Olympic torch relay as it made its way across the globe, opposing the Chinese government’s ill-treatment of Tibetans, another ethnic minority in the state.

Professor James Leibold, an expert in ethnic policy-making and ethnic conflict in contemporary China, suspects there will be even more backlash come February.

“I think the stakes are much higher this time. There’s more public focus and condemnation on China’s policies,” he tells upstart.

However, Ramila Chanisheff supports the idea of relocating the Games to another country with the same winter sports capabilities.

“Relocating it to another country would be better for everyone – athletes can still go and do their stuff and we can support it,” she says.

Crispin Hull, former editor of the Canberra Times and columnist in various Australian media outlets, who has written in support of western democracies staging a boycott, says that attending the games will give China “kudos” and endorse the legitimacy of their human rights abuses.

“Authoritarian regimes love the Olympics because it says, ‘everything is fine’ and if a nation goes to these Olympics, it’s almost a stamp saying that China is living up to the Olympic ideals, which it is plainly not,” he tells upstart. “Nations, governments and corporations should really look at that and say, ‘do they want to be a part of this?’”

Olympic Games are expensive to host, so they’re great opportunities for multinational businesses to advertise themselves. But pressure is intensifying for big brands like Airbnb to reconsider their association with Beijing 2022 as it stands as a tacit endorsement of China’s human rights abuses.

Airbnb is one of 15 companies involved in The Olympic Partner Sponsorship Programme. In an open letter to Airbnb CEO Brian Chesky, representatives of the #NoBeijing2022 campaign criticised the vacations rental company for promoting Beijing as a tourism destination when as it stands in China, ethnic minorities like Tibetans and Uyghurs are unable to freely travel within the country.

There is also the difficult decision that governments and national Olympic teams have over whether to send athletes to Beijing or miss the games in protest. At this point, no countries have announced an official boycott, but some news reports suggest that the US, Canada and the United Kingdom are considering some form of boycott.

According to Prof Leibold, these decisions are still on the table for some nations as policymakers consider the political ramifications of either decision. This, however, comes at a cost for participating sportspeople.

“I really do feel for athletes being kind of put in a position where they can become pawns in a political battle,” he says.

According to Leibold, any boycott of the Beijing 2022 Winter Olympics would be purely symbolic because China is such a major global power, an embargo on its own wouldn’t be enough to reverse China’s repression of Uyghurs in Xinjiang.

“If it’s simply a case of countries and athletes not going, it probably isn’t going to have a big effect,” he says. “If western companies decide to boycott as well, that will have a deeper effect, but at the same time, I don’t think it’s going to change China’s behaviour. If anything, it’s probably going to cause them to dig in their heels.”

Still, Leibold believes Australia’s government and media have important roles to play in documenting and speaking out against what is occurring in China, bringing pressure on Beijing.

“I think we’ve got a kind of moral responsibility to speak out even if our ability to change behaviours is limited,” he says.

For Crispin Hull, to be effective a boycott, it must form part of a bigger scheme rather than just acting as a stand-alone event.

“It’s not a question of saying by boycotting the Winter Olympics that China will close down their camps and give religious freedom to the Uyghur people, that’s not going to happen,” Crispin Hull says. “But by going to the games and sending a team to the Winter Olympics, it is an acknowledgement that China is living up to the Olympic ideal.”

Instead, Hull believes it would be more productive for Australia and other western democracies to impose strict sanctions on China, including a full-scale economic sanction on Chinese oil and ore. This poses the question: in an arena where global political tensions will play out alongside sport, will profits triumph or will human rights be upheld?

“The trouble is that Australia has such big trade with China it’s very difficult because it costs a lot,” he says. “Well you know, taking a moral stand often does cost a lot.”

Photo: Olympic Rings by scottblair available HERE and used under a Creative Commons Attribution. The image has not been modified.