The Big Bash League wants to build on success, while Test cricket hopes to rejuvenate. 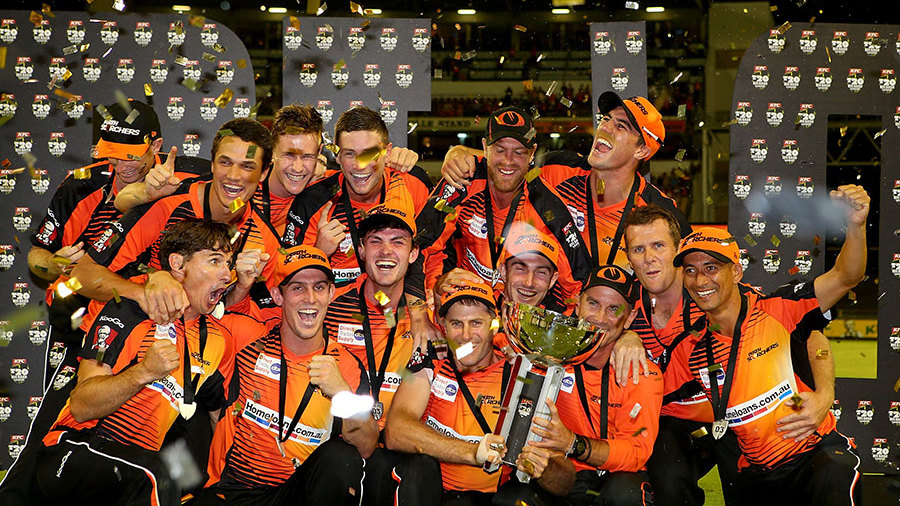 The summer cricket season is just around the corner and, this year, the enticing prospect of seeing Test cricket pit itself against Twenty20 Cricket has fans in a fever of anticipation for the summer ahead.

The two contrasting cricket forms will make a great attendance and ratings contest, with the traditional and much-loved format of Test cricket up against Twenty20, a game that has attracted thousands of new fans in recent years, and effectively left Test Cricket lurking in its shadows.

For a number of years, Twenty20 cricket has taken control as the most dominant form of cricket in Australia, with high attendances, ratings and revenue to back up their claim.

Twenty20’s Big Bash League, the BBL, will begin play on 19 December. This year it will be looking to pick up where it left off last season, with attendance figures and television ratings at an all-time high.

Meanwhile, The Ashes, starting up on 23 November, will be the first time the Green and Gold have faced England on home soil for the coveted urn since the 2013/14 series; a significant event for both countries.

Fox Sports Australia journalist, Tom Morris, believes that the duration of the two games has been integral to the growing appeal of the BBL.

“You’ve got a product which can start and finish in the space of three hours, and for many it’s entertaining,” he says.

Cricket Australia must be pleased with the substantial growth of the BBL. A competition that was in its infancy a mere six years ago, has now become the premier sporting competition for the summer months.

“There’s no doubt it’s been a roaring success. It’s been a bigger success than anyone could have imagined,” Morris says.

BBL has given cricketing traditionalists plenty of cause for concern, with fans becoming disenchanted with Test cricket and leaving the games in droves to take up the shorter, and to some, more exciting format.

With that in mind, the timing couldn’t be better for the Ashes series to wash up on Australian shores, providing Test cricket with the chance to become the better-loved format once again.

And while it’s inevitable the Ashes will be hugely popular, higher attendances at Test Cricket may not necessarily give an accurate representation of its current appeal. The rarity of the event, with England coming out to play, will be a huge factor in boosting Test cricket’s popularity this summer.

Morris believes there is a different level of fan interest when Australia faces big traditional rivals, compared with facing the minnows of the cricketing world.

“It’s not really representative of how popular Test cricket is when Australia play England, India or South Africa, because you then play against the West Indies, Bangladesh, New Zealand … and that really struggles for popularity.

Judging the state of the BBL is a much less complex matter, with the competition going from strength to strength since its birth as a national sporting league in 2011. Its crowd average in the first season was 18,000, compared to the most recent season with averages of 30,000, totalling over a million people who attended Twenty20 last season.

Additionally, the BBL attracted an average of 1.04 million viewers during the 2016-2017 season, making it the most popular viewing option for the majority of the 35 broadcasting nights.

While many are excited by the rapid rise of the BBL, some, like Lower Plenty Cricket Club’s Jack Sassella, are less than enthusiastic about its dominance and the subsequent negative effects it has had on Test cricket.

“My preferred format has, and always will be, Test cricket. It’s a game of mental strength and strategy,” Sassella tells upstart.

“Every ball, for me, is exciting. It’s so unexpected. Unlike Twenty20, where you know it will be a slog or a wicket, that’s all I feel it ever is. And the middle overs are awful. A slow bowler getting hit for six singles an over is not entertaining.”

Sassella, a cricketing traditionalist and diehard fan, has concern over the future of the game.

“In my opinion, I believe Test cricket is a dying art.”

Sassella also believes that the BBL is having too strong an influence on upcoming cricket players and their attitudes towards the game.

“Kids want to play and watch Twenty20, and they have no interest in any other cricket.

“I coach Under 12s, and the kids attempt some of the most ridiculous cricket shots. If I had tried that when I was their age, my coach would’ve told me off. They are more concerned on looking like their heroes than perfecting and honing the traditional skills required,” Sassella says.

On the prospects of the Ashes generating high amounts of interest and popularity, Sassella was not hopeful. While Test cricket will be looking to reap the benefits of the England matchup, Sassella believes that the BBL will be the main point of interest, not the Test series.

“Besides the traditionalists and viewers of old, nobody will care for the Ashes.

“Sure, everyone goes to the games, and the public holiday Boxing Day Test is a bonus, but the BBL is on every night. Kids will wait to watch that, not the test,” he says.

While it may be a fairly bleak view of Test cricket, he certainly wouldn’t be alone in holding it.

How Test cricket continues to play out, while its popularity dwindles and T20 cricket soars, casts doubts on the mortality of the long game.

But Morris believes there is certainly still life in Test cricket, provided the correct and necessary changes are implemented. He thinks there is room for both forms of the game, and that the dramatic rise of one does not mean the effective extinction of the other.

“I don’t think Test cricket will ever die.”

“It’s just changing, and the ICC [International Cricket Council], Cricket Australia and all the governing bodies have to be prepared to evolve with that changing landscape,” Morris says.

“But certainly the BBL can be strong alongside Test cricket, I’ve got no doubt about that. But Test cricket is the thing that needs to change. BBL is just doing a perfect job at capturing a lot of the market.”

Indeed they are. And come summer, both forms of cricket will be looking to come out winners in gaining the highest fans and audience. Either way, it’s going to be one hell of a great time to be a cricket fan this summer.