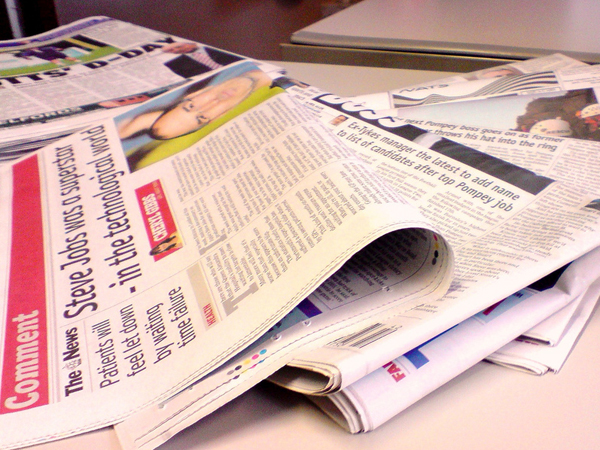 At the launch of the Media Entertainment and Art Alliance’s Freelance Pro membership, regular The Drum contributor Tim Dunlop noted how much the media landscape has changed and fragmented over the past decade.

The first development of interest to Dunlop came in 2001 when free blogging software became available.
“Suddenly a whole lot of people who had been relegated to the letters pages of the dailies, or maybe the telephone queue of talkback radio suddenly had an outlet for their opinions,” Dunlop said.
Bloggers, of which Dunlop was one, were causing a “certain amount of chaos” in the media landscape. When this eventually settled into “a semi-provisional turbulence” traditional media outlets realised something had to give.
In this period, some of the more successful bloggers begun to earn money through advertising revenue, or by getting picked-up by traditional media outlets. But Dunlop is still dubious as to the extent that they can replace conventional journalism.
“As much as I spent ten years championing blogs, I think we are kidding ourselves if we think they can replace the daily, grinding professional work that journalism in a democracy requires,” Dunlop says.
To make his point Dunlop quoted Baltimore Sun journalist, and creator of the popular HBO series The Wire, David Simons:
“You do not, in my city, run into bloggers or so called citizen journalists at city hall, or in the courthouse hallways, or the bars and union halls where police officers gather… you do not see them holding institutions accountable on a daily basis. Why? Because high-end journalism… is a profession.”
Watch the video below to see David Simon’s full testimony.
While websites like The Conversation, Crikey and New Matilda may be “welcome additions” to the media landscape, they could be at the cost of “the institutional clout of big media organisations”, according to Dunlop.
Apart from the greater access to talent, which names like Fairfax and News Ltd allow, it is the “size and standing” of these organisations that “allows them to perform the job that we as citizens want the media to perform”, he said.
While Dunlop says what the media is going through at the moment is “entirely transitional”, it doesn’t make it any easier for the journalists who have lost their jobs, or for newspapers facing financial ruin.
As traditional business models collapse and media companies struggling to finance journalism in the era of the internet, Dunlop believes the future will see a joining together of old and new media. He pointed to the launch of the digital-only edition of The Guardian Australia earlier this week, as an example of where this is already taking place.
Yet with a staff of around 20 people, The Guardian Australia can hardly hold organisations across the country to account.
“I’m not pessimistic about the future of journalism,” Dunlop says.
“But I do hope that at some stage in the not too distant future we see the reliable old, or maybe the creation of new, news organisations with the size and strength to carry out the work democracy requires.”
Matilda Marozzi is a journalism student at RMIT. You can follow her on Twitter here @marozzi_m.
Photo: Flickr – NS Newsflash