Breakdancing is in the Paris Olympics, but how did it get there? 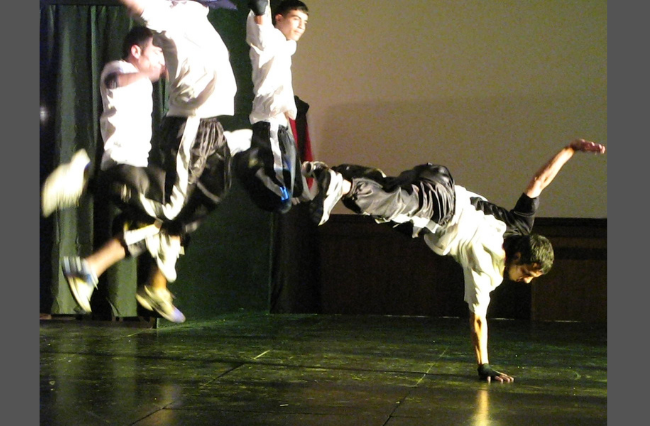 “I dance because dance changes things”, college freshman Moose professes in the 2010 dance movie Step Up 3.  The 1 hour and 46 minutes of runtime is filled with high-stakes dancing in high-stakes competitions. Dance changed things for Moose and now things are changing for dance with breaking making its way into the 2024 Paris Olympics.

Growing up, Jericho Lim, one of Australia’s top breaking prospects, or b-boys, could often be found sitting in front of his TV watching the Step Up series.

“The film fascinated me with actors flipping, twisting and spinning on their heads,” he tells upstart.

“I remember watching scenes from the film for hours as a young child, trying to master a basic move called the baby freeze. My parents saw me trying the baby freeze for hours in my bedroom, eventually taking me to classes.”

In 2018 Jericho earned himself a spot at the Youth Olympics in Buenos Aires but was not able to compete due to Australia’s athlete quotas and the lack of a national body representing the sport. Going into the 2024 games, the Australian Breaking Association (ABA) was created to support Australia’s breaking talents.

The dance genre began in the 1970s. Known as breakdancing, it is the culmination of street dance and hip-hop culture incorporating “personal style, athleticism, intricate movements, and coordination”, according to the ABA.

In a mere 50 years, breaking has taken the world by storm. The biggest breaking competition, the Red Bull BC One, draws millions of viewers each year.

“No other movement has grown as quickly around the world,” ABA tells upstart.

Building on the sport’s success at the Youth Olympic Games in Buenos Aires in 2018, breaking will debut at the Olympics in 2024.

The Executive Board of the International Olympic Committee (IOC) had a few main agenda ahead of the games: gender parity and attracting youth audiences. Now, in a historic move there is athlete gender quotas and four additional sports in skateboarding, sport climbing, surfing and breaking.

“The urban sport concept has been expanded, showcasing youth-focused events that are inclusive, engaging and can be practised outside conventional arenas,” the IOC said in the announcement back in 2020.

The decision wasn’t without its critics. Federal Labor Member for Dunkley, Peta Murphy, even had her say last year on Twitter, arguing the case for squash to have been included before breaking.

“Seriously, breakdancing is in the Olympics and not squash? Come on Olympics, take a long hard look at yourselves. Sorry breakdancers, don’t take it personally,” she tweets.

The ABA, of course, was excited about the news.

“It is the chance for breakers to get recognised for the incredible hard work and training that goes into mastering this craft,” they say.

As breaking makes its way into mainstream sporting competition, we are left asking how a dance so rooted in culture makes the cut as a competitive sport. The ABA also acknowledges the argument being made that Olympic status could “lose or dilute the cultural elements of the dance”.

Jericho makes a strong case for the sport.

“There is a bit of controversy that breaking is not a sport in the media. However, the athletic movements that we perform can be more demanding than some other sports,” he says.

“Powermoves are one of the four main features of breaking and are the most demanding on the body. Some of the movements originate from gymnastics and other art forms, requiring years of training.”

He also sees breaking as an ideal sport because of its highly competitive nature.

“Dancers prepare for these competitions just as any athlete would, through repetition of movements and endurance training. Dancers must also train smart and condition to prevent injuries that athletes from other sports also share,” he says.

Jericho does acknowledge though that the sport is ingrained in hip-hop culture. While he says his own dance style features more athletic movements, some others have a more artistic approach.

In Step Up 3, Moose sits in his silent classroom completing maths equations before he becomes distracted by a text message reminding him that he’s missing the World Jam Round 2 Battle of Gwai. The battle begins without him. The background hip-hop music fades in. Just as it looks the opposition are going to win the battle, Moose arrives on his bike, accidentally knocking a water pipe and flooding the dance floor. The moves become more impressive on the now flooded stage.

Just as a young Jericho Lim watched these movie scenes and was inspired to take up breaking, the next young talent could be watching breaking at the Olympics, eyes glued to the TV screen ready to copy and learn every move.

Photo: Breakdancing by Nellyfus available HERE and used under a Creative Commons Attribution. The image has not been modified.