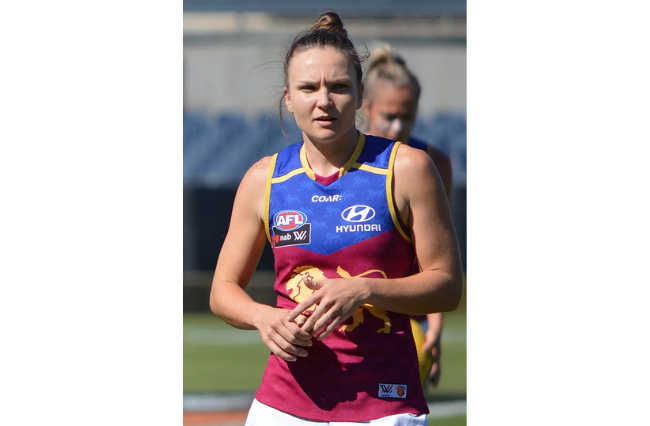 Brisbane Lions vice-captain and midfielder, Emily Bates, has taken home the 2022 AFLW best and fairest, topping the count by a single vote.

This award comes after the women’s football season where she averaged 21.3 disposals, 7.1 tackles and 3.3 score involvements a game.

The Lion’s vice-captain was previously crowned the AFL Coaches Association champion player of the year, before beating out Adelaide player, Anne Hatchard, by one vote to win the best and fairest.

In her press conference after the ceremony, Bates paid tribute to the previous winners and credited them for inspiring her. She said she doesn’t think the news will sink in for a little while.

“I’ve always idolised the players who have won this award in the past, Erin (Phillips), (Emma) Kearney, Maddy (Prespakis) and (Bri) Davey and (Kiara) Bowers last year,” she said.

Despite being one of the favourites heading into the night, Bates was surprised to even be in contention as well as to win the award.

“The fact I was even in the conversation earlier this week was astounding to me, and the fact that I’ve won it is even more astounding,” she said.

The AFLW season will conclude on Saturday as Adelaide take on Melbourne in the Grand Final.

Photo: Emily Bates in Round 7 of the 2017 AFL Women’s season by Tigerman2612 available HERE and used under a Creative Commons licence.