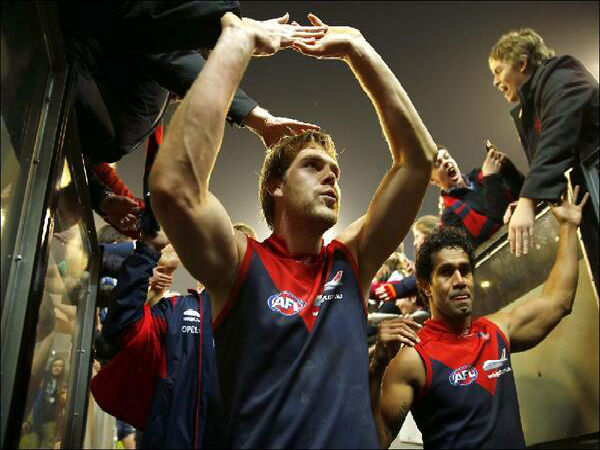 Following the release of its 2014 fixture on Thursday, the AFL has again faced up to its square-peg-round-hole scenario of having a league with 18 teams competing in a season spanning 25 weeks.

The demands of broadcasters and the desire for the league to extract as much revenue as possible from its product, means fairness for all teams becomes secondary, but such is the commercialisation of modern sport.

So with the release of a new draw, upstart takes a look at what not to miss next season and which games might garner as much attention as a bye.

The AFL’s desire to have games spread across as much of the week as possible has seen the number of Thursday night games double from three to six, as well as the introduction of a new time-slot on Sunday night. Six matches will commence at 7:40pm eastern time on Sunday’s, with three of those being 4:40pm (local time) starts in Perth.

The redeveloped of Adelaide Oval will host its first match in round two, a Showdown hosted by Port Adelaide as the higher-finishing team from the previous season. Alice Springs will also get a taste of AFL action during Indigenous Round, when Melbourne faces off against the Power in round 11.

A triple-header on Anzac Day (which falls on a Friday) will also debut in 2014, while each club will have two byes throughout the year, and a round one spread over two weekends.

The Swans have fared the best from the AFL’s attempt to have teams play those who finished around them twice in 2014, facing only Hawthorn and Port Adelaide twice each. However, with only one match against Fremantle and Geelong, both played at the SCG, Sydney seems to be the biggest winner.

Carlton has every reason to start the season well, not leaving Victoria for the first ten weeks, while its Elimination Final opponents, Richmond face only one 2013 finalist (Sydney) twice. Meanwhile, the Western Bulldogs play the top-six teams, from 2013, only once, and play five of their last six games at its home ground Etihad Stadium.

Traditionalists will be yearning for yesteryear, as the traditional Saturday 2pm time-slot makes way in both quality and quantity in order to facilitate the new Sunday night experiment.

Meanwhile reigning premier Hawthorn, has arguably the toughest draw for the second year running, facing the other 2013 top-four finishers twice, along with two dates against sixth-placed Collingwood. Nine six-day breaks, the most of any team in the league, will be another hurdle the Hawks will have to face in attempting to go back-to-back.

Despite the Western Bulldogs decent draw, they can also consider themselves unlucky after an impressive finish to 2013, failing to earn a prized Friday night match, along with Melbourne, Gold Coast and GWS.

2014 will be a season featuring a number of players returning to face their old sides, none more mouth-watering than Hawthorn’s round eight trip to ANZ Stadium to take on Lance Franklin’s Sydney. Collingwood supporters can look forward to clashes against Dale Thomas (Carlton) and Heath Shaw (GWS) in rounds seven and 22 respectively, while Essendon coach Mark Thompson and recruit Paul Chapman will face Geelong in round 15.

The Grand Final rematch will be first held in round three at the MCG, where the Hawks will unfurl their premiership flag.

The opening round of 2014 is one lacking in genuine blockbusters, as the league has no access to the home of football, the MCG, for the first two weeks. Collingwood kicks off the season against Fremantle at Etihad, while Hawthorn hosts Brisbane in Tasmania and Geelong clash with Adelaide at Simonds Stadium.

Disappointingly, Lance Franklin’s first game as a Swan will be away to the Giants in round one, in front of a far smaller crowd than the star would be accustomed to at GIANTS Stadium.

Justin Falconer is a second-year Bachelor of Journalism (Sport) student at Melbourne’s La Trobe University and is a weekly contributor to upstart. You can follow him on Twitter: @jfalconer6.