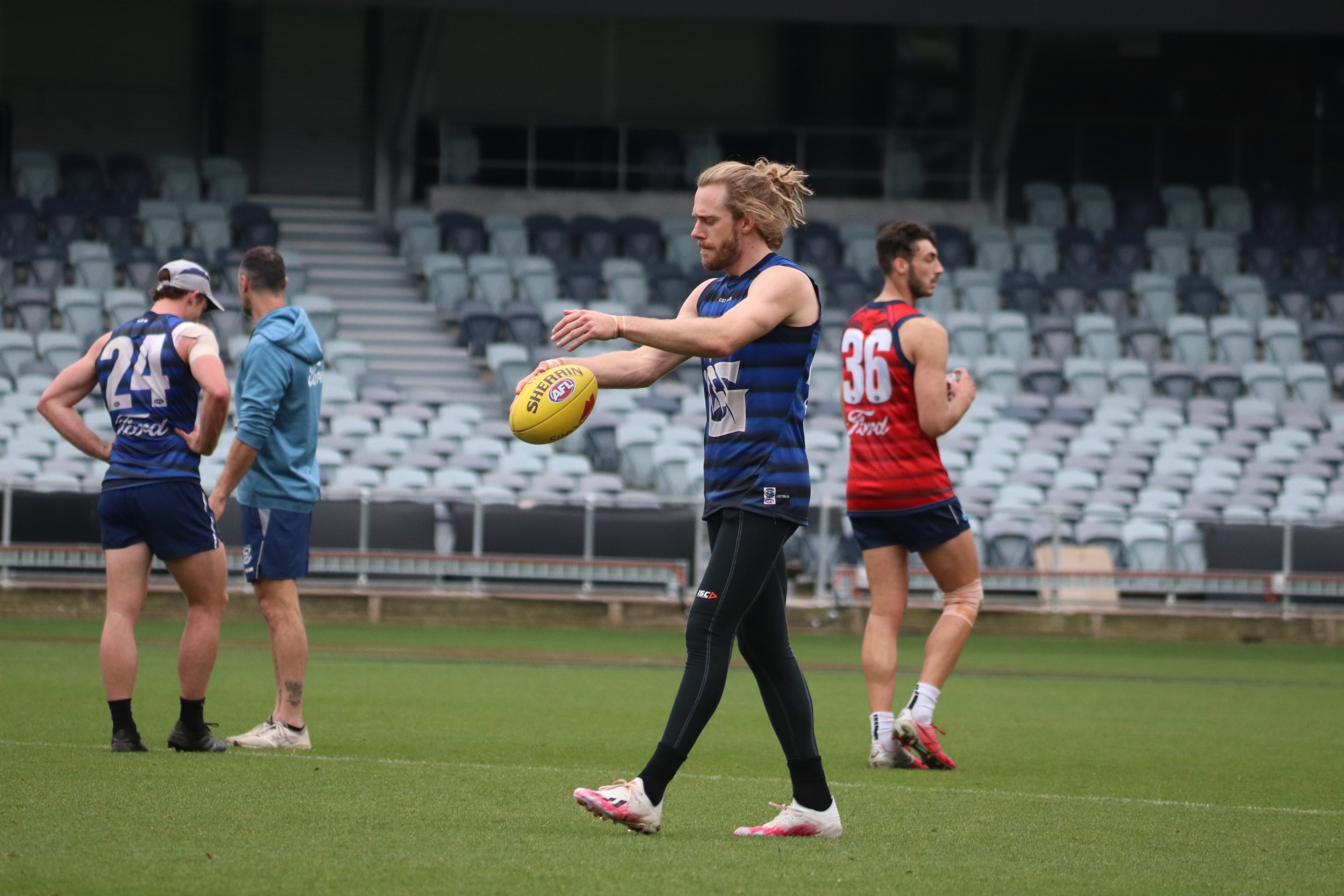 The 24/7 nature of elite sport can sometimes be a grind, but not for Geelong Cats midfielder Cameron Guthrie.

While the 28-year-old does have some hobbies like golf, surfing and a Bachelor of Applied Business degree at La Trobe University to keep him occupied, Guthrie also freely admits that he that he never gets sick of Australian Rules Football.

“I think sometimes there’s a bit too much of a mindset of you’re playing footy, but you’ve got to also get away from footy and find different things in life,” Guthrie said.

“I’ve never found footy a chore so I’m always really excited to rock up and train or go out and do community work…the idea of getting away from footy is something that I don’t necessarily agree with.”

As a child, Guthrie tried almost every sport under the sun in his hometown of Sunbury. He even admitted that he could be seen “throwing a discus around in the backyard,” which even he found to be a peculiar activity.

His passion for sport has always been at its strongest with football however, and as Guthrie grew up, all other sports quickly fell by the wayside as he turned his focus on Australia’s national game. Despite this, Guthrie could be described as a late developer, as he didn’t make any representative teams until he played for the Calder Cannons in the TAC Cup.

“I guess I was playing well enough when it counted, and that’s at the under 18 level because that’s when the majority of people are drafted,” he admitted.

Guthrie’s late rise to draft eligibility was not luck though, as he’s proven to be more than capable at the AFL level. Drafted in 2010, Guthrie is in his 11th year at Geelong.

He is playing career best football. Guthrie averages over 30 disposals, six marks, four tackles, and six clearances this season and is well on his way to his second straight All-Australian selection and is in the conversation for a second club best and fairest medal in two years.

It has been a remarkable purple patch that Guthrie puts down to both experience and having a determined mindset.

“I think experience is a massive one,” he said. “but I’m a big advocate for not just showing up and going through the motions and thinking everything will be ok. Having a clear picture of what you want to achieve gets easier as you get older, so I’m in my 11th year now, I’m 28 and I’ve seen a lot of footy and played a lot of footy and I’m kind of of the perspective that rocking up to game day … the worst thing that could happen is you make some bad [decisions] and the team loses.”

“So I come out and just play confidently trying to take the game on and ultimately help my teammates because we want to be really united team and it’s a team game,” he said. “So I expect my teammates to assist me and I’m going to do the same for them. So that’s probably a little bit of an insight into how my mind works game day and that’s holding me in good stead at the moment.”

Guthrie isn’t surprised by his own form, in fact he believes it was probably overdue after he put together strong seasons in 2015 and 2016, but he suggested that he wasn’t able to immediately build on those two seasons because of injuries which hampered him mentally as much as they did physically.

“A couple of injuries in there…and I probably wasn’t in the right time of career to continue to elevate,” Guthrie admitted.

“Not being able to do what you are there to do and feeling a bit useless,” Guthrie explained as to how the injuries affected him mentally.

Guthrie’s persistence on field has been reflected off field too, with the Cats midfielder currently in his tenth year of university. Guthrie is currently studying a Bachelor of Applied Business at La Trobe University and has already completed a health sciences degree as he keeps one eye on life after football.

Despite the two degrees, Guthrie isn’t sure what he wants to pursue after football but is more focused on improving himself.

“I have a few ideas…I’m trying to become a well-rounded person that could pursue a number of different roles…I’m probably closer to the end than the start [of his career], so I’m just working on that and thinking about what I want to do at the moment.”

On top of living his boyhood dream of playing AFL, Guthrie is often able to play with his brother Zach, which is the favourite thing about his career so far.

“I think that’s a really special and unique privilege to have…it’s been amazing and we’re really close, so that’s been a highlight.”

Article: Ben Hann is a second-year Bachelor of Media and Communication (Sports Journalism) student at La Trobe University. You can follow them on Twitter @BenHann6.