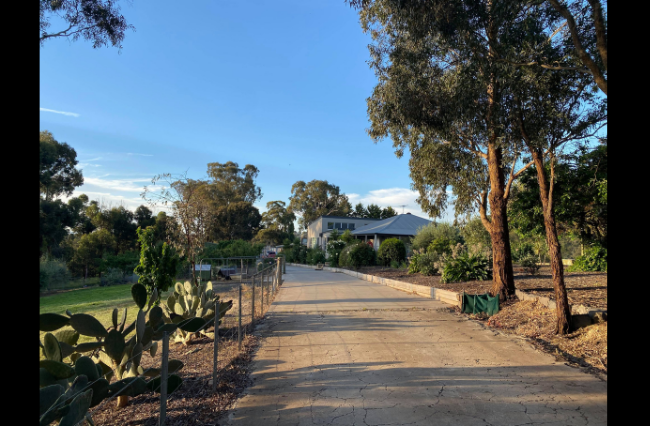 If you pass through Melbourne’s ring of checkpoints into Victoria’s north, you’ll find an oasis. And while there is a pool and luscious green trees as you might expect, you won’t find people sipping cocktails or working on their tans. This is an oasis of a different kind.

Camp Kiah coordinates therapeutic camps and one to one respite care with focus on providing a safe space that kids in out of home care can play and be themselves in an environment where they feel seen, heard and cared for.

Children are placed in care for a variety of reasons including neglect, as well as physical, emotional and sexual abuse.

This trauma can place incredible stress on subsequent placements of care, and that’s where Camp Kiah steps in, giving these kids a stable placement that can handle their needs.

During their stay there is a mix of coordinated and uncoordinated activities depending on the program they are participating in.

Play therapist and camp managing director Laura West’s overall aim is to provide these kids with a place they know they can feel safe.

“My main goal is that we’re a point of difference. I want kids to walk away from Camp Kiah and know that there are people in the world that are different to the ones that they’ve lived with before,” she told upstart.

Every child that comes into Camp Kiah’s care provides their own unique challenge depending on their previous trauma and experience in the care system. Some kids have had multiple placement breakdowns and carers are no longer willing to take them in, others may only be on their second or third placement. While some may have moved straight in with an immediate family member and maintained a relatively stable life.

“The best part about what we do is that we’re prepared to go meet them there and meet them where they’re at. It’s ‘what’s your experience? Where are you at? What are you finding the hardest?’” West said.

These differing experiences are one of the many challenges West and her team face.

“It’s emotionally and psychologically draining. So even if it’s just information about their trauma, hearing their story or watching kids fall apart, it is incredibly painful,” she said.

This pain incites a feeling of helplessness, anger, and an urge to save as many children as she can no matter how hard it may be.

“I quickly realised that’s an impossible dream, because they don’t actually need to be saved. They just need a space to be where they can be completely themselves, where they can feel safe. And they can have a fun experience and a family,” she said.

“I used to really worry about whether or not the kids would remember us and whether or not we actually were making a difference at all. Now I think even if it’s not every kid, we’re definitely hitting a few.”

Managing these chaotic emotions and providing care while allowing room for growth can be an all-encompassing task that requires a unique individual with a special personality.

“I look at my biggest strength as a human being as being able to create space for people to be truly themselves,” West said.

“My personality plus my skill set makes [providing these services] possible. I think other agencies have tried to run similar things, but they haven’t been that successful, or they’ve had a couple of major incidents and it hasn’t gone that well.”

West has also managed to surround herself with people that she feels really confident in which has increased her ability to step away. One of West’s most important confidants is General Manager Ashleigh Wicks.

Wicks and West met whilst working in disability services and remained close when West decided to pursue play therapy.

With their background in disability support and camp coordination, the opportunity to work together for Camp Kiah was too good to pass up. Wicks described their work life as “tumultuous” but rewarding.

“Our highs are really high, and your lows are really low and there isn’t really much middle ground. It’s never boring and there’s something always going on,” she told upstart.

“But we’ve also had kids say why couldn’t I have met you guys when I was little, my life would be so much different if I’d met you because look what you’ve done for me already in just a few months.”

Despite the ups and downs Wicks couldn’t be prouder of the work that Camp Kiah has done and will continue to do.

“I think what we do is very vital, and I often get a bit big headed about it and think, well I don’t know if anyone’s ever going to be able to do what we do,” she said.

This year was the first in a five-year plan that would see them move from their temporary home into their own, where they can tailor the site to suit all their programs all the time.

However, due to the COVID-19 pandemic their plan has been accelerated. Their core staff have become more permanent members of the organisation due to differing circumstances and with more stress on placements there have been children that have needed their services more than ever.

Despite being ahead of where they planned to be, West still sees room for improvement as the quality of service is her number one priority.

“I think offering a service that’s small, but effective is more important to me, then big and diluted.  It’s about working with the staff in a way that I really know the staff, and they really know the kids,” West said.

“I don’t mind if we don’t grow exponentially. I think we can always tweak our services to just run a bit more smoothly. We can keep thinking of cool ways to make it more fun and more engaging, which means it’s easier to have more kids in the one place at the one time.”

Article: Miah Shannon is in his final year studying sports journalism at La Trobe University, you can find him on Twitter @Miah_Shannon