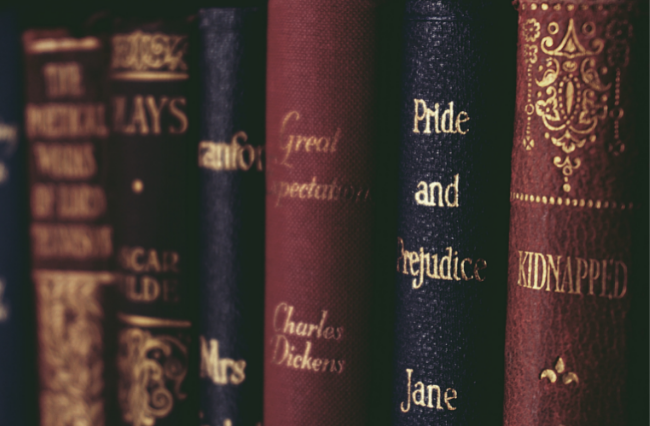 At some point in our lives, we’ve all been told how important it is to read the “classics” of literature. These include the Brontës, the novels of Austen, Dickens and a selection of other novels that you had on your booklist in high school.

And probably, if you ask any high school literature teacher, they’d tell you about the mixed reactions they can receive from their students when it comes to discussing classic literature. In juxtaposition, some students’ eyes may light up from recalling the detailed descriptions of the Yorkshire moors in ‘Wuthering Heights’ by Emily Brontë, while others may wrinkle their noses as they recall the complex language that they were forced to analyse in high school.

Twenty-two-year-old university student, James Flanagan, falls into the former group. As an aspiring literature teacher, he reads classic literature novels for pleasure and has studied them in high school and university. He says the literary canon has expanded his knowledge of human behaviour throughout history.

“It allows you to see different ways of life and thought from different times more authentically because the authors who lived in those times wrote about their own experiences and their own viewpoints,” he tells upstart.

Most literary experts will argue that classic literature is relevant for young people, as it helps younger readers understand the context behind contemporary issues in society by giving them a perspective on the past. They also capture values from certain cultures, realities, and time periods while containing universal themes that still resonate today.

For example, ‘To Kill a Mockingbird’ by Harper Lee has been kept on US classic lists for decades because it covers racial discrimination and contains themes of injustice under the law and bigotry, which are issues still being discussed today.

According to Secretary of The Australian Young Adult Literature Alliance and secondary English tutor Alice Boer-Endacott, classics are classic for a reason.

“The Pride and Prejudice is an absolute banger of a book,” she tells upstart.

The classics can give us context to the modern world. Associate Professor of Writing and Literature Leonie Rutherford says that classic novels can teach us about moral messages, life lessons and the basic patterns of human behaviour.

“The classics show you where literature has been and where our modern genres and styles come from,” she tells upstart.

Classic literature can also help us learn from our past mistakes. Flanagan says that reading classic literature has increased his perspective and understanding of his current situation in the world.

“You forget that history repeats itself, it allows you to see and witness things that you otherwise wouldn’t be able to see as authentically,” he says.

The Australia Reads survey 2021 found that 35 percent of Australian readers, make a conscious effort to read more classic literature novels. However, some find that this genre can be overwhelming or complex to read.

Twenty-two-year-old Deakin University graduate Emily Matthews says that while she respects classics, it can be hard to get emerged into a classic novel because they can seem disconnected from the modern world.

“Sometimes the language can be a little bit off-putting because it can be difficult to read, and I sometimes find it hard to follow,” she tells upstart.

According to Alice Boer-Endacott, it’s best to introduce the classics in the classroom to make them more accessible to young people as the complex or dated language can be such a barrier. She says that it would be beneficial to have someone to assist students by providing the context, to help prompt critical thinking and explain the language.

Teaching children how to write about books is a delicate matter, Professor Clare Bradford works in literacy studies at Deakin University says. She highlights the importance of educating students in a way that doesn’t mediate against a real enjoyment of reading.

“I think that sometimes having to perform readings or having to write essays about books where you follow a very strict line and you’re expected to respond to certain questions, can make reading seem like a real drudgery,” she tells upstart.

After reading 1984 by George Orwell in high school, Emily Matthews says that she found it well written. But being forced to analyse the novel in the classroom ruined the experience and made it gruelling to read, rather than adding a new depth of understanding to the text.

“For classic literature, I feel like re-reading and over analysing it has sort of turned me away from it and I just remember it being boring,” she says.

Experts say that to encourage young people to read the classics, it’s better to get started early. Research shows that reading the classics to children will increase their vocabulary, expose them to proper sentence structure and correct grammar.

Aspiring literature teacher James Flanagan recalls his parents encouraging him to read classic literature from a young age. He says that his favourite memory of a classic novel was when he read ‘The Awakening’ by Kate Chopin for literature.

“I just really enjoyed it without having to study it. I ended up reading it two times afterwards because I had a good time reading it,” he says.

Savannah Pocock is a third-year Bachelor of Media and Communications (Journalism) student at La Trobe University. You can follow her on Twitter @Savannah_Pocock

Photo: Close up of books on shelf by Suzy Hazelwood available HERE and used under a Creative Commons license