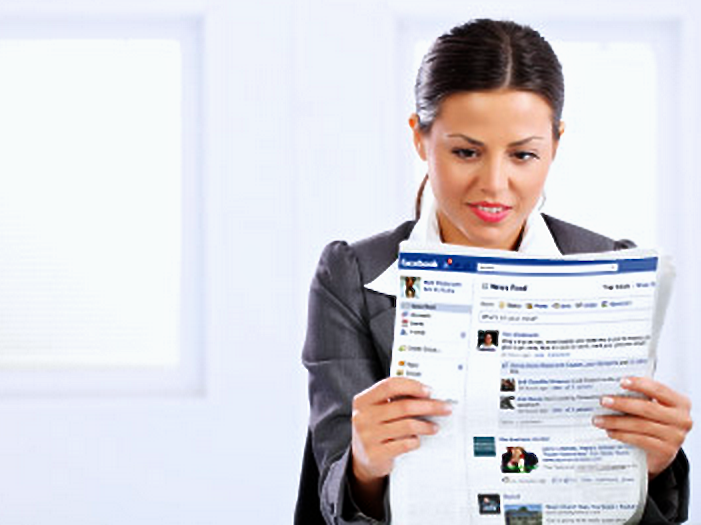 Facebook is the most common source of news and information for 18- to 34-year-olds, according to new research conducted by the American Press Institute (API) and the University of Chicago.

Of the 18- to 34-year-olds surveyed, 88 per cent access news through their Facebook feeds and more than half do so daily.

Released in February 2015, the study is the most up to date and comprehensive of its kind; however, it was conducted exclusively with American participants.

“Seventy per cent of Millennials say that their social media feeds are comprised of diverse viewpoints evenly mixed between those similar to and different from their own,” the report reads.

According to the API report, young people are sourcing information on politics, international news, environment, crime and religion through Facebook more often than through search engines.

But sourcing news through social media is potentially dangerous for users when platforms like Facebook have so much control over what users see.

upstart surveyed Facebook users, asking whether they consider the spectrum of news content they receive through social media broad or narrow. Multiple respondents pointed out that Facebook censors their news feeds according to what’s popular or trending.

“I could name off the top of my head the small number of people and sites Facebook has now decided to only display to me on my feed,” writes Savannah Daoud-Opit, a 26-year-old student of Melbourne University.

Hugh Burrell, a 32-year-old working professional from Sydney, also commented on which stories appear in his news feed.

“I doubt I see any news here on FB that isn’t trending because everyone else on my feed is looking at it,” he says.

It’s no secret that Facebook filters the news feeds of users. Facebook’s filtering system was heavily criticised last year when the social media giant conducted an experiment which manipulated nearly 700,000 users’ news feeds without consent in order to monitor how it would affect their emotions.

Brian Boland, leader of the Ads Product Marketing team at Facebook, explained how the filter works in a blog post in 2014.

“Rather than showing people all possible content, News Feed is designed to show each person on Facebook the content that’s most relevant to them,” he wrote.

But Boland’s explanation of how the algorithm works is decidedly vague, citing “thousands of factors relative to each person” as the criteria for testing relevance.

The most obvious way users can control the algorithm is by clicking “I don’t want to see this” or to “like” or “share” pages and posts. However, in the context of news, there may be a discrepancy between what users “like” and “share” and what they deem important.

Facebook’s algorithm isn’t perfect and–more importantly–it exposes users to a flow of information that is largely beyond their control.

Kelly McBride, a former journalist and media ethics expert, has raised concerns about the power of algorithms within social media platforms and their effect on democracy.

“There is this idea that is falsely propagated that we’re in a superior market of ideas because the algorithms are neutral. They’re not neutral,” she said at an SXSW conference in 2014.

“They’re all based on these mathematical judgements that the engineers have made behind the algorithm.”

Although the majority of young people believe that their news feeds contain a balance and diversity of perspectives, that’s not necessarily true.

“What you need is a certain critical literacy about the fact that you are almost always subject to an algorithm. The most powerful thing in your world now is an algorithm about which you know nothing about,” McBride said.

In reality though, they are choosing to trust an algorithm that we know very little about. By creating and controlling an algorithm, social media platforms such as Facebook have more control to disseminate or censor information than ever before.