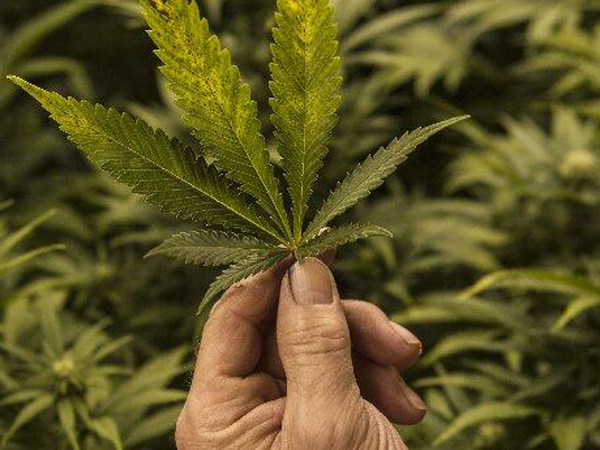 Sunday marked the date April 20 – a popular day within the cannabis culture, most commonly referred to as 420 Day.

The substance is still illegal in Australia, and the unfortunate glorification of the unlawful consumption overshadows the need for it to be recognised for a different reason.

Last May, a New South Wales parliamentary committee had advised that cannabis should be used for medicinal purposes in Australia, seeking legalisation under federal law.

The proposal was strictly bound to the medicinal use of the drug, as it would grant patients undergoing severe or terminal diseases such as cancer, epilepsy and AIDS with the permission to hold up to 15 grams of cannabis, should it be prescribed by their doctor.

The committee’s chairwoman, Sarah Mitchell, who is an MP for The National Party of Australia reflected on this by saying “we recognise the risks and negative effects of crude cannabis use, particularly via smoking, and by no means do we endorse the recreational use of cannabis”.

This committee was comprised of members from five political parties, including the Australian Labor Party, The Liberal Party, The Greens, The National Party and the Shooters and Fishers Party. The proposal was also unanimously supported by every single member of this diverse group.

This demonstrates that the medicinal use of cannabis coincides with the values of Australians from all backgrounds and social classes.

So why did the NSW government decline the proposal in November?

It was supposedly rejected on grounds that there is limited evidence to support the effectiveness of cannabis for medicinal purposes. [More information here]

It’s very hard to understand what the justification is for continuing to make criminals out of people who need medicine. #theprojecttv

However, Australian Greens Senator for Victoria, Richard Di Natale, believes that there’s more to this issue than the government is letting on.

“It’s not the lack of medical evidence, but a lack of political will to tackle the issue,” he tells upstart.

“It’s the fear that opening the door for medical cannabis will invite attacks about being ‘soft on drugs’.”

So then why are common recreational drugs such as cocaine and morphine – which have more extreme effects on the human body – legalised for medicinal purposes?

“There is no good scientific reason why medications derived from cannabis should go through any different process than other drugs,” says Senator Di Natale.

“This includes testing them for their safety and efficacy, but if they clear that hurdle they should be available and even subsidised by the taxpayer.”

“The NSW government’s decision to reject its own parliamentary inquiry findings is sadly typical of governments who already know how they are going to respond to something before they hear the facts,” she tells upstart.

“When Daniel first started having chemo, four years ago now, he would become so violently ill.” 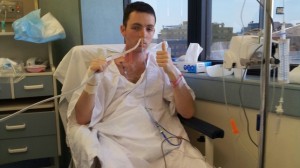 Daniel’s experience with medicinal marijuana is indeed a positive one, which should be evaluated by Australia politicians.

“Dan (pictured right) began using cannabis in October last year. He has not vomited since and he no longer fears chemotherapy. He doesn’t love it, but he is no longer avoiding it,” Haslam says.

“He has been able to put weight back on and maintain it for the first time since he was diagnosed. He looks wonderful!”

The Haslam family have sought out this unconventional medication as others have failed to relieve him of his symptoms from cancer and chemotherapy. In fact, many have done the opposite.

“Many of the other medications which he has been prescribed for nausea have side effects such as constipation, anxiety and sleeplessness,” says Haslam.

“None of the antiemetics he tried before ever worked as effectively as the cannabis does. It really is miraculous by comparison.”

However, some may still question the negative effects of medicinal marijuana by associating it to the recreational use of the drug.

“Dan does not get the high that recreational smokers do because he only smokes enough of the cannabis after chemo to stop the nausea,” Haslam explains.

“Dan also takes cannabis oil as a treatment for the cancer. He is waiting on some CBD oil which will act as a buffer to the ‘high’.”

Yet, the process of purchasing the cannabis and making the oil himself is extremely risky for Daniel.

“We could be charged if we were caught buying this cannabis or making the oil even though it is for medical purposes and Daniel is terminally ill. It would be confiscated if Dan was caught,” says Haslam.

Medicinal #marijuana users are being warned to destroy their pot by April 1. Find out why. http://t.co/7d9Q1HKEJZ pic.twitter.com/pdr7YPLTE8

So what is currently being done to ensure that victims of illness aren’t convicted for merely trying to better their health?

“We are working to build a bit of support within the other parties, but whether we get it or not we plan to hold a national drugs summit at Parliament House later in the year to demonstrate the need for change in this area,” Senator Di Natale says.

The Haslam family currently are taking action of their own in the form of a petition, where they have already received over 20,000 signatures.

“Legalising cannabis would mean that Dan could be supervised by his doctors, he could access medicine, which is literally his last hope, without fear and shame. He would be able to openly have the care and support that he deserves instead of being treated like a criminal,” Haslam says.

“Cancer is stressful enough. It would be nice to feel like our government has compassion for constituents like Dan who are just doing their best to stay alive.”

For more information on Dan and his story head to: http://dansstory.com.au/

Julian Gasparri is a third-year Bachelor of Journalism student at La Trobe University, and a staff writer for upstart. You can follow him on Twitter: @JulianGasparri.