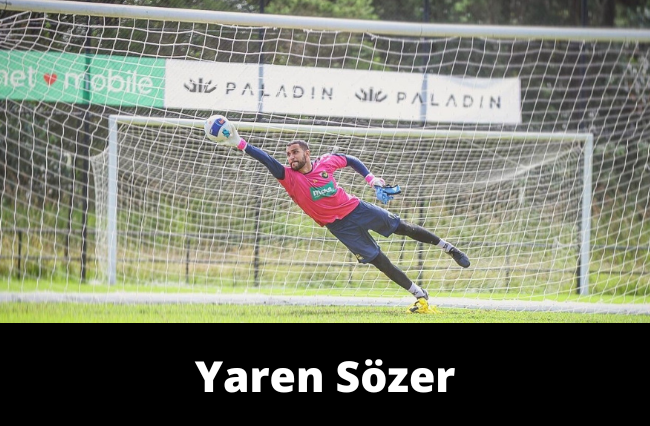 It might not have been the perfect start to Yaren Sözer’s A-League career, but his debut for the Central Coast Mariners was certainly a memorable one.

Sözer was subbed into an FFA Cup Match in December 2021, after senior team goalkeeper Mark Birighitti was red-carded early on.

“I was on the bench, and I think 15 minutes in (Birighitti) got sent off and I found myself on the pitch within maybe two minutes or three minutes while I was sitting on the bench to be facing a penalty,” he told upstart.

“Look, it’s hard because you wait a long time for your opportunity, sometimes it comes quick, sometimes you wait and my journey, I had to wait a while.”

In the next A-League game the Melbourne-born keeper was granted his first start, and then promptly suffered an agonising injury 20 minutes in.

“I waited for my opportunity and unfortunately when I got my chance on my debut 20 minutes in I ruptured my quad which means it completely detached from the bone and I got subbed off,” he said.

That injury curtailed his further impact on the 2021/2022 season, but the former Melbourne City player is keen to keep making an impact in the sport he’s loved since he was young.

Sözer grew up playing football for fun and took to the gloves early.

“When I was about six or seven, there was an opening as a goalkeeper and I put my hand up and I volunteered and I jumped in and I loved it,” he said.

The Central Coast shot stopper remembered how he fell in love with the sport after his parents first bought him a pair of gloves. After a while though, Sözer realised that soccer could be more than just a hobby.

“I was really having a good time with my friends, and I think for the first four or five years, it was just fun. But then I realised that I’ve got a little bit of skill in the area, and I can actually maybe explore this as a profession and that became my major focus,” he said.

The 188cm goalie started off his entry to professional football with Melbourne City before signing for Turkish Super Lig club İstanbul Başakşehir where he’d play with some of football’s superstars in Demba Ba, Gael Clichy and Emmnuael Adebayor.

It was a “pinch yourself” moment for Sözer as he entered the Turkish ranks and saw himself sitting next to some of the games greats.

“It was surreal to be honest, coming from Melbourne City, when I first signed over there, just going into the changing room and being around players who have just played well in World Cups and Champions League,” he said.

As he has time to reflect on his short career so far, he understands the day-by-day reality for himself and how that can maybe be the formula to his success.

“People usually set three-year goals or five-year goals or think really far ahead, ambitious goals, but I kind of like to take it day by day. I just want to enjoy my football. To be honest I think it’s professional,” he said.

“Sometimes we get caught up with the rest and the pressure of performing and doing well and contracts and crowds and everything else. But you know what, I feel like I’m at my best when I enjoy my football.”