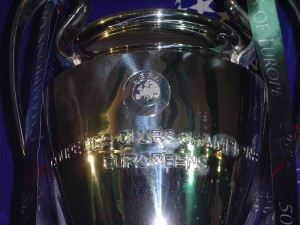 Coach Jepp Heynckes will be looking to lead Bayern Munich into a UEFA Champions League final by defeating the team that he took to glory in 1998.

Heynckes has not been able to repeat the feat since, and would love to deliver Champions League victory in front of the German’s home crowd.

It will not be easy going for the German based side though coming up against arguably the world’s best club-side, Real Madrid, to have an opportunity to win their fifth title, and their first since 2001.

Road to the Semis

Madrid has been Europe’s most dominant football team this season, dispatching of everyone in their way. On their way to a semi-final berth Madrid have accounted for Dinamo Zagreb, Ajax, Lyon, CSKA Moskva and APOEL, in a free-flowing and high scoring fashion.

The Bavarians will need to halt the scoring prowess of Real Madrid if they are any chance of proceeding to the final. Madrid’s attack is second to none, they have already managed 32 goals in their ten Champions League games and an astonishing 104 goals in just 32 La Liga encounters.

The Germans, who are eight points adrift from Borussia Dortmund with three games remaining in the Bundesliga, will be desperate to earn an opportunity to compete in the Champions League final in front of their home crowd.

Real Madrid is the last obstacle on their road to the final, after overcoming the likes of Napoli, Manchester City, Villareal, Basel and Marseilles so far.

At the forefront of Madrid’s attack is Christiano Ronaldo, who has netted 41 La Liga goals as well as eight in this Champions League campaign. Ronaldo however is not their only concern, he receives more than serviceable contributions from Frenchman Karim Benzema and Argentine Gonzalo Higuain, together the trio have managed 80 La Liga goals between them this season.

Bayern will need to be at their best to stop these three players, as well as Madrid’s other star players. With a midfield that boasts the likes of Kaka, Mesut Ozil, Xabi Alonso, Jose Callejon and Angel Di Maria, alongside defenders Ricardo Carvalho, Pepe and Sergio Ramos, Madrid are going to be a very tough team to overcome.

This game will not, by any stretch of the imagination, be a walkover for Real Madrid, Bayern Munich have their own stars which the Madridista’s will need to keep a close eye-on.

Munich have the talent to win the competition, especially with striker Mario Gomez firing. Gomez has scored 11 goals in this Champions League campaign, second only to Lionel Messi, he also sits atop the Bundesliga goal-scorers table for the current season with 25 goals.

Gomez and winger Arjen Robben are the two main players that Madrid have to keep quiet to defeat Bayern.

Robben is a creative player that could prove to be the difference if he is at the top of his game, and with the added incentive from this clash, he may be inspired to perform. Robben was shown the door by Real Madrid in 2009, and will be keen to prove his worth as a footballer to those who abandoned him.

Alongside Robben in midfield, also causing Madrid headaches will be Franck Ribery and Bastian Schweinsteiger, as well as forward Thomas Mueller who will be making sure that Madrid’s defense is honest.

One thing that Bayern has in their favour is their head-to-head record against Real Madrid in the Champions League. Madrid has only managed one victory in their last four semi-final ties against the Germans.

Their most recent of clashes was in 2007 in the round of 16, where Munich prevailed on away goals. The two European powerhouses have met 18 times, with Bayern winning ten, Madrid six and two ties.

With experienced coach Jose Mourinho at the helm for Madrid their previous clashes may mean very little. Mourinho has lead both Porto (2004) and Inter Milan (2010) to Champions League glory and if Madrid play at, or near their best there is no reason why he can’t add a third title to his mantle and the Madridista’s tenth.

Real Madrid hosts the second-leg at Estadio Santiago Bernabéu, Madrid on Thursday April 26 at 4:45am EST.

Since Roberto Di Matteo has taken over the top-job at Chelsea, their season has been revitalised, but their inspiration may not be enough to halt the mighty Barcelona FC.

Andrea Villas-Boas was replaced after Chelsea’s first-leg loss to SSC Napoli in the round of 16. Since then, a gloomy looking 2012 has been turned around and the Blues now find themselves in the final-four of both the Champions League and the FA Cup.

A berth in the semi-finals of a Champions League campaign is not something new to Chelsea, who have found themselves in this very position in six of the last nine editions of the competition. Once again Chelsea are only three wins away from raising their first UEFA Champions League title above their heads, only Barcelona stands in the way of their opportunity at glory.

Road to the Semis

Chelsea who sit sixth in the English Premier League, two points outside of a Champions League position for 2012/13, will be throwing everything they have at Barcelona to give themselves every chance of advancing.

They will no doubt have their backs against the wall, but they have already proved during this campaign that they have the ability to thrive under pressure. On match day six, Chelsea needed to defeat Valencia to advance past the group stage, and they produced a 3-0 victory.

As well as toppling Valencia Chelsea has defeated Benfica, Napoli, Leverkusen and Genk. Having won four of their last five Champions League encounters, Chelsea will not go into the game short of confidence.

The Spanish powerhouse team on the other hand has already proven their ability and champion status, and are looking at their fourth UEFA Champions League title in just seven years. It would be coach, Josep Guardiola’s third, which would add to his impressive resume, which seemingly can’t improve too much more. They are also sitting second, four points adrift from Real Madrid in La Liga, as they aim for their fourth consecutive title.

Barcelona easily dispatched of Milan, Plzen, BATE and Leverkusen, earning eight wins and two draws from their ten starts on their way to a semi-final tie with Chelsea.

One of the reasons for Chelsea’s success has been their vast range of goal-scorers. Ten of the 22 players that have played minutes during this campaign have netted a goal, and better yet eight of them have scored two or more.

This minimises the reliance the Blues have on the likes of Didier Drogba (four goals in five games) and Frank Lampard (three goals in nine games), and will keep Barcelona on their toes, when they launch an attack.

Chelsea’s roster does not reflect their current EPL standing, it would be an understatement to say they have under-achieved in ‘the league’ this season.

If Fernando Torres, Juan Mata, Daniel Sturridge and John Terry can perform, there is no reason as to why Chelsea cannot overcome the reigning champions. Di Matteo will be hoping all of these players can rise to the occasion to give Chelsea a chance.

John Terry however may miss the game or at least not be 100 per cent for the clash. Terry vows that his cracked ribs will not stop him from playing for Chelsea. Ashley Cole has also been nursing an ankle injury.

While Chelsea has a number of players that Barcelona will have to watch, the Spaniards have one, who if not stopped can win the game on his own, Lionel Messi. The 24-year-old has won three World Player of the Year awards already, and is currently the leading scorer in this competition with 14 goals in nine matches, to go along with his 41 La Liga strikes.

Here lies Chelsea’s biggest problems, who can stop, or diminish Messi’s effect on the game? And if they can manage the champion, what do they do about the rest of Barcelona’s all-star side?

Messi is a big enough problem, but when their side consists of David Villa, Cesc Fabregas, Xavi Hernandez, Daniel Alves, Gerard Pique, Carles Puyol, Andres Iniesta, Sergio Busquets, and Pedro Rodriguez, you wonder whether Chelsea actually has the pedigree to go with such an illustrious side.

These two sides are well acquainted with one another, having met ten times in the past twelve years. Chelsea have managed to win only one of their past five meetings, but their past three encounters have all gone to extra-time.

Their most recent meeting was a semi-final tie in 2009, which saw Barcelona advance (and go on to win the title) on away goals.

Although Barcelona has the wood over Chelsea in recent history, and the experience that’s required to win such an illustrious tournament, this game is not a shoe-in for the Spaniards.

One thing that Chelsea may indeed hold over Barcelona is desire. Having never won the competition, while Barcelona has won it three times, only recently, Chelsea may simply want to win more.

This may be wishful thinking though, and ultimately the Spaniards class should see them prevail.

Chelsea hosts Barcelona at Stamford Bridge, London in the first-leg on Thursday morning at 4:45am EST.

Barcelona will host the second-leg at Camp Nou, Barcelona on Wednesday April 25 at 4:45am EST.

Jake D’Amato is a third-year Bachelor of Journalism student at La Trobe, and is part of the upstart editorial team. Follow him on Twitter: @jdamato32