The impact of Aston Villa's relegation could be long and painful. Connor O'Leary delves into the future for both the club and its Melbourne-based supporters. 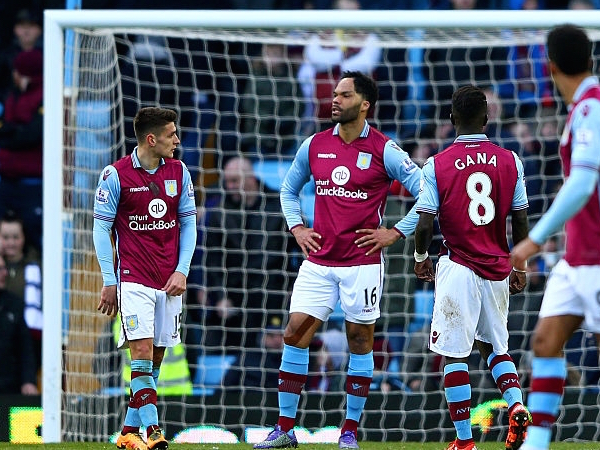 No matter which way you look at it, Aston Villa’s 2015/16 Barclays Premier League season has been a disaster.

In the midst of a nine-game losing streak, Villa was relegated for the first time in the Premier League era last week after suffering a 1-0 defeat at the hands of Manchester United.

The club’s first relegation in 29 years has been a formality since Christmas, and brings to a head a season of poor management, awful form and steeply declining support.

The season has been littered with off-field indiscretions involving Gabriel Agbonlahor, Jack Grealish, Joleon Lescott and Brad Guzan – Agbonlahor’s latest such incident came after he was pictured in London partying with laughing gas canisters and subsequently suspended.

Unsurprisingly, the club is in the unwanted conversation of worst Premier League team of all time.

The Age sports writer and Aston Villa fan Daniel Cherny tells upstart just how poor this season has been.

“The lack of fight and the rot that has set in … it’s been a car crash,” Cherny says.

“There really haven’t been any redeeming moments [this season].”

After defeating newly promoted Bournemouth on the opening day of the season, Aston Villa has won on just two other occasions.

Included in this was an embarrassing 19-game winless run which stretched from the Bournemouth win to a home triumph over Crystal Palace in January.

The winning goal that came from Palace goalkeeper Wayne Hennessey putting the ball in his own net.

For many Villa fans, the blame rests at the feet of unpopular club owner Randy Lerner.

We want Lerner Out! #avfc pic.twitter.com/8lZm6isDgK

The American, who took over the club from Doug Ellis prior to the 2006/07 Premier League season, promised to take Aston Villa to the heights of European football.

After Lerner’s initial splurge to mark his reign at Villa Park could only muster three consecutive sixth-placed finishes, the purse straps began to tighten from the owner.

“One man is to blame and that’s the chairman (Lerner) for giving us false hope on a bright future,” Kozo tells upstart.

“Lerner and co. obviously didn’t have a clue how to run a club as big as Villa. From the top to the bottom it (the club) is rotten.”

Cherny agrees that Lerner’s running of the once-famous club has been nothing short of poor.

“His (Lerner’s) lack of passion and care for the club has been disappointing,” Cherny says.

“He could have stopped the rot, but didn’t.”

Tim Sherwood took over as Villa boss in early 2015, managing to stave off relegation and guide the club to the FA Cup final where it was beaten 4-0 by a rampant Arsenal.

Among Villa’s honours include seven league titles, seven FA Cups, five League Cups and a Champions League crown, and there was hope Sherwood would be able to lead the club to brighter days.

However, a net spend of £52.5 million on “foreign mercenaries” with no experience in British football and the loss of key men Christian Benteke and Fabian Delph sealed Sherwood’s fate. He was sacked in October.

Remi Garde has since been and gone at the helm at Villa, with the flash point coming when Lerner refused to allow the Frenchman to make any additions to a squad in serious need of a makeover during the January transfer window.

The club has scored just 23 goals this term whilst conceding 65, both figures which are the poorest in the Premier League. Villa’s goal difference of -42 is the worst of all 92 clubs in the entire English Football League structure.

Such statistics are alarming and Cherny is not so certain the Villains are capable of getting back into the Premier League anytime soon.

“I’m not confident. Just look at Leeds,” he says, referring to the Yorkshire club’s slide down the leagues.

The Melbourne Lions will feel the impact of relegation strongly too, with Kozo explaining the impact Villa’s drop into the Championship has on the group.

“We get to watch most games but because of the relegation and the poor performances, members have dwindled down to around an average of 20 to most games,” Kozo says.

“The impact of relegation has hindered our meeting to live games … we are hoping Villa are doing well (next season) and they play on Saturday, as Friday and Sunday will be tricky due to work commitments.”

The group is employing the type of gallows humour so regularly seen among fans of teams doing poorly.

“We are planning a relegation party against Newcastle at the Charles Dickens Tavern,” Kozo says.

“No matter what Melbourne Lions will stay loyal and proud.”