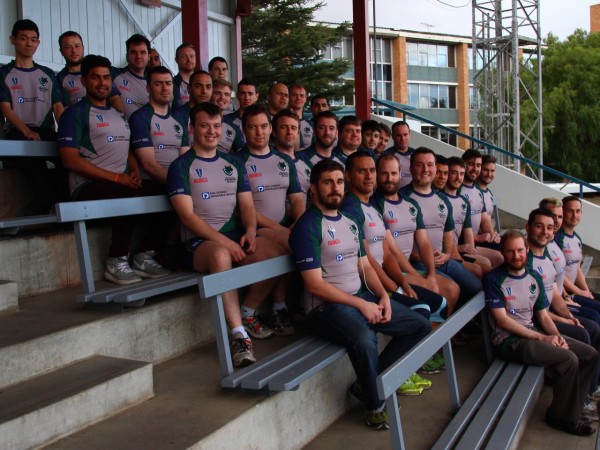 Let’s face it. Players who are openly gay have dealt with serious stigma in the sporting world.

One imagines alpha males tackling each other in a show of aggression and dominance in a pure testosterone rush. It’s an image far removed from effeminate stereotypes of homosexuality that are perpetuated by the media and entertainment industries.

To be both openly homosexual and a readily accepted player within such a sporting culture has, in the past, seemed unlikely.

So what is it like to be an openly gay rugby player today?

Well, it may not be as bad as you think.

Craig Burnett is a 27-year-old from Melbourne who is completing a PhD in astrophysics. He was always more academically-minded in school and never really interested in sport. He has since become captivated by the rugby world and it’s now a big part of his life. He also happens to be gay.

Craig plays for the Melbourne Chargers – an inclusive rugby team that welcomes players of all ages, fitness levels and sexualities.

“We play in the Victorian competition and we are the only all-inclusive team in that competition. We play against other mainstream teams like Powerhouse and Melbourne University,” Craig says.

The Chargers don’t just play in Melbourne. They have friendly matches against the Sydney Convicts, another inclusive team, and compete in the Purchas Cup and Bingham Cup, which are both rugby tournaments that celebrate diversity. 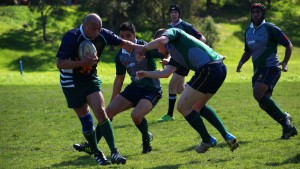 “Last year we played against the Navy’s rugby team. They would always tell us how much they appreciate what we do because they would get flack for being the ‘nancy boys’ in the Defence Force. So if anybody disrespects us, they’re disrespecting them too,” Craig says.

The Chargers seem to have been well received by teams and spectators in the greater rugby community.

“Sometimes you get some slurs on the field, but generally I feel like it is a slur that would have happened playing against any other team, rather than a pointed one,” Craig says.

This acceptance demonstrates that Australia has come quite a way when it comes to equality and diversity in sport. It may come as a surprise to some, given Australia lags behind other developed countries in terms of gay rights.

Fostering acceptance of homosexuality has also been a slow process for the AFL.

A column written by former AFL player Jason Akermanis in mid-2010 urged players to “stay in the closet” and painted a rather grim picture of the sport, but attitudes have since improved.

Yarra Glen footballer Jason Ball came out to teammates in 2012. He started a campaign which, amongst other achievements, was successful in getting the AFL to show ‘No to Homophobia’ ads during preliminary final games.

Whilst Ball’s campaign was unable to secure a ‘pride round’ at the time, the first AFL-sanctioned pride match has since taken place in this year’s pre-season competition and there is talk of more in the future.

Craig says some people question the need for an inclusive team like the Chargers. They assume that all rugby teams would, or should, exist in that way.

“They don’t understand that even though outwardly they may be all-accepting, people don’t feel comfortable joining those teams. We are trying to create a safe environment and start conversations why it is necessary for us to exist at this point,” he says.

It seems that the culture and dynamics within a team may differ to the way teams interact with each other on the field.

“I think having a team like the Chargers, and playing against us knowing that we’re just other rugby players like them, means that if somebody did come along in their team who is not the same as them, they wouldn’t bat an eyelid,” Craig says.

“Our players really like that they are a part of a team and a club of like-minded people. You really do become part of a family and we really look out for each other,” he says.

For now, the Chargers are forging their own path into the rugby community and so far the journey appears to have been a positive one.

But, looking at the bigger picture, when will players be seen as players, and not labelled by their sexuality?

Only time will tell.

For now, Craig is a part of a team making a difference and, as a part of the Chargers, he is just another player.

Tam Kendi is a third-year Bachelor of Journalism student at La Trobe University and the Politics & Society Editor for upstart. You can follow him on Twitter: @tamkendi.