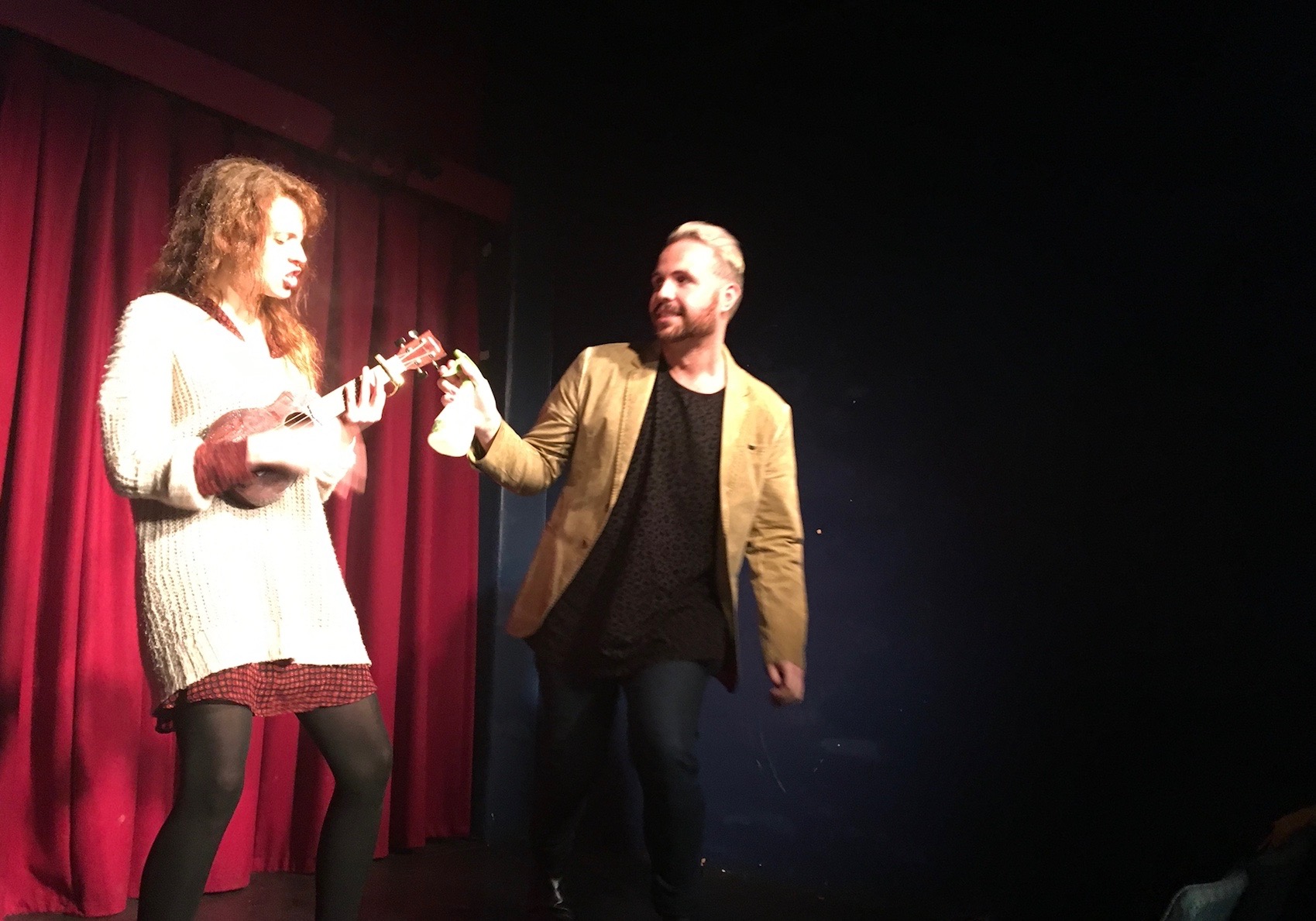 “How aroused are you?”

In her Melbourne Fringe Festival Show ‘A Portrait of the Artist as a Young Ham’, Brennan displays the ludicrousness of the idea of ‘making climate change sexy’.

The comedic cabaret, written and performed by Brennan, is an autobiographical exposé of her inner torment towards climate change issues.

Singing acapella, or accompanying herself on hilariously basic ukulele, the scenes depict her frustration and despair in trying to engage others and change behaviour around the environment.

These are interspersed with dialogue between the artist and a leg of ham, seated on a chair on stage.

“The ham is nothing to do with the environment – which is a signifier of how to get and keep attention on this topic,” Brennan told upstart.

“I notice how our brains want to slide off the other end – there’s a wall when the subject comes up.

“There’s a sense of paying lip-service, but not really changing behaviour in a concrete way.”

Audience members told upstart they recognised their conflicted thought processes on stage, including justifying inaction, and feeling that the issue is too ungraspable and unresolvable.

“Surely someone else will sort it out,” Alex Jolly summarised.

“If everyone else can have these experiences [of mass consumption], why shouldn’t I? It’s so ridiculous to deny myself when everybody else is doing it…it’s not going to make a difference anyway,” Rhianna Brennan, a relative of the artist, said.

The lack of public leadership aiming to significantly change behaviour and outcomes was underlined by the Secretary-General of the United Nations, António Guterres, in his 10 September Climate Address.

“Climate change is moving faster than we are…I am appealing for leadership – from politicians, from business and scientists, and from the public everywhere,” Guterres said.

“We have the tools to make our actions effective…what we still lack – even after the Paris Agreement – is the leadership and the ambition to do what is needed.”

Australia has had a contentious relationship with tackling climate change. Both Liberal and Labor leaders have been ousted by their own parties over the issue — Malcolm Turnbull as Leader of the Opposition in 2009, and Prime Minister Kevin Rudd in 2010.

Turnbull was removed as prime minister this August over energy policy, after changing his stance on climate policy.

Our climate change approach, according to the Parliament of Australia, has veered between establishing the world’s first government agency dedicated to reducing greenhouse gas emissions and signing on to global climate treaties the same day they are created, to refusing to ratify global treaties until the dying minute and being the first nation in the world to undo legislated action on climate change, with the repeal of the Carbon Price Mechanism.

The Morrison government’s decision not to revise its emissions reduction target of 26 percent by 2030 has been criticised as inadequate by environmental groups and South Pacific nations.

‘A Portrait of the Artist’ deliberately offers no resolution to the struggle of living with concurrent naivety, optimism and cynicism around climate change.

It raises painful questions, including how we will explain our inaction to the future youth of Australia.

The comedic and occasionally uncomfortable depiction of a single psyche suffering under responsibility for the planet highlights that collective responsibility and leadership is vital.

“Even the act of putting together a show about the possible futility of small actions, yet trying to keep optimistic is a comment on the issue,” Brennan said.

“I’m taking the piss out of myself to think that this little show will do anything, but then still hoping it might.”

Samantha Deasy is a Masters of Communication (Journalism) student at La Trobe University. You can follow her on Twitter @samdeasy