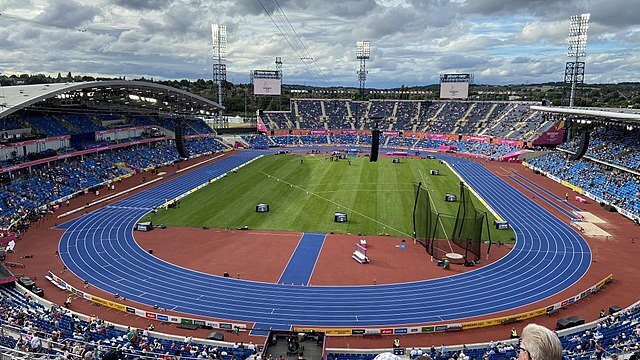 Australia secured another 17 medals on day six in Birmingham, four of which were gold, as some of the nation’s biggest stars completed their programs with big victories.

Swimmers cap off an incredible campaign

Ariarne Titmus set a new Commonwealth Games record in the women’s 400m freestyle to claim her fourth medal at this year’s Games.

The defending Commonwealth Games and Olympic champion in the event was forced to hold off 15-year-old Canadian Summer McIntosh who took home silver, while fellow Aussie Kian Melverton claimed bronze.

McKeon became the most successful Commonwealth Games gold medallist earlier in the program, and won another overnight alongside Kaylee McKeown, Chelsea Hodges, and Mollie O’Callaghan.

Australia’s third medal in the pool for the day was taken home by 18-year-old Sam Short in the 1500m freestyle.

The win continues Australia’s long-standing success in the event, with Short joining the likes of Grant Hackett and Kieren Perkins as 1500m champions.

The Queenslander smashed his previous personal best time by more than 10 seconds.

Heartbreak and heroes on the track and field

Aussie track sensation Rohan Browning has fallen agonisingly short of landing on the Commonwealth Games podium, falling outside the medals by just 0.06 seconds in the men’s 100m final.

The 24-year-old comfortably qualified for the final after finishing in second the semi-finals. However, he could only manage sixth place in the showpiece event.

Browning burst out of the blocks and appeared a strong medal chance at the halfway point, but it wasn’t to be, as Kenya’s Ferdinand Omanlaya took home gold.

Despite that, there was more success for Australia on Wednesday, with Evan O’Hanlon winning gold in the men’s T37/38 100m final.

Born with cerebral palsy, O’Hanlon’s life and career has seen it all, including two retirements, a career-threatening injury, and even a switch to bobsleigh, making the sprint victory all the more sweeter.

Although Starc wasn’t able to claim back-to-back Commonwealth Games gold medals after triumphing on the Gold Coast four years ago, he still proved why he is one of the top high-jumpers in the world.

800m star Peter Bol also had a successful showing on Wednesday, flying into the final of his event with a time of 1:47.01.

The Australian, who made a name for himself at last year’s Tokyo Olympics, will enter the final in four days time as the heavy favourite.

Kookaburras, Hockeyroos and cricketers all cruise to victory

Both Australia’s men’s and women’s hockey teams claimed comfortable victories as they look to provide more gold in Birmingham.

The Kookaburras defeated South Africa 3-0 to secure their third win in as many games, with their final group match coming against Pakistan on Thursday.

The Hockeyroos also continued their perfect start at the Games, beating Scotland 2-0 and securing the top spot in group B.

They will now wait to face second place in group A for a spot in the final.

Star allrounder Tahlia McGrath dominated with a crucial 78 not out with the bat, before taking three important wickets to set up the win.

Vice-captain Beth Mooney was typically solid opening the batting, amassing 70 not out to help maintain her side’s perfect record.

Australia will play either hosts England or Trans-Tasman rivals New Zealand in their semi-final as they look to win the inaugural gold medal for women’s cricket at the Comm Games.

Photo: Alexander Stadium during the athletics events at the 2022 Commonwealth Games by Wikimedia is available HERE and is used under a Creative Commons license. The photo has not been modified.