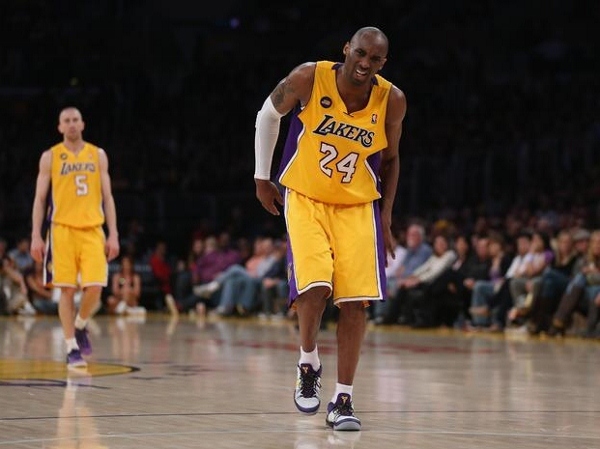 There is currently no player in the NBA that is more synonymously with his club than Kobe Bryant. Since he was traded to the Los Angeles Lakers on draft night in 1996, Bryant has personified the Lakers.

His win at all costs mentality, and on court brilliance has been a direct reflection of the Lakers and Los Angeles as a whole. But, after tearing his achilles tendon in a game against the Golden State Warriors last Friday, everything may have changed for the superstar shooting guard.

Facing a nine-month stint on the sidelines, what was once certain, is now in question. Will Bryant retire as a Laker, or will the franchise take advantage of a contractual loophole to free themselves of the financial burden?

As part of the amnesty clause introduced to help solve the NBA lockout in 2011, the Lakers are eligible to waive a player, and while they will still have to pay them, the money wouldn’t count against the salary cap. This is important because of a luxury tax that kicks in when teams go over their cap, and Bryant, earning the maximum contract, is scheduled to hurt the club on that front.

The argument for amnestying Bryant is that due to his injury and age he may not return next season (if ever) and the Lakers will be paying almost $150 million in tax. The argument is sound on the money side of the game. What does it mean on court though?

After Dwight Howard and Steve Nash joined the team in the offseason, Los Angeles appeared primed for a championship tilt. The wheels fell off from there though, as the Lakers struggled and coach Mike Brown was replaced just five games into an 82 game season.

The Lakers have since struggled, and remain fighting with the Houston Rockets (seventh), Utah Jazz (ninth) and Dallas Mavericks (10th) for the eighth and final spot in the Western Conference playoffs. The only constant throughout the season has been Bryant and his MVP-level brilliance.

Howard is one of the top players in the NBA when fit, and without a contract for next season; you would expect that the Lakers will want to retain the powerhouse. And, despite reports in recent days indicating that he will remain in purple and gold, fans in Southern California won’t be convinced until he signs the dotted line.

But, if the Lakers amnestied Bryant and Howard was to walk out, the league’s most high profile franchise would be left without a recognised superstar – an unimaginable occurrence.

The pressure is on owners the Buss family and general manager Mitch Kupchak to weigh up whether the Lakers are focused on loyalty and the hope Bryant will return to lead the Lakers back to the top, or focused on saving some money and potentially still putting themselves in a position to contend. As usual, all eyes will be on the Los Angeles Lakers.

Josh Barnes is a first-year Bachelor of Journalism (sport) student at La Trobe. You can follow him on Twitter: @barnesyy