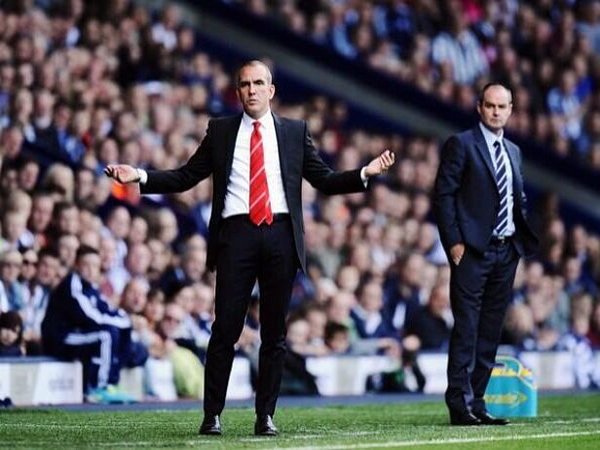 On Sunday, Paolo Di Canio became the first managerial casualty of season 2013/14 in the English Premier League, after failing to register a win in Sunderland’s opening five rounds.

To be fair, the demise of the enigmatic Italian wasn’t purely down to poor results. A string of bizarre off field incidents – including the training ground banishment of mobile phones, mayonnaise and having ice in coke – led to rumours of a player revolt, which did little to ameliorate his situation.

But the sacking of Di Canio does raise the issue of modern football clubs’ unwillingness to work through setbacks.

Currently, ‘manager hopping’ seems to be the go-to answer. Out of the twenty clubs in the English Premier League, only five managers have been in their current position for more than a year and a half, and only one, Arsenal’s Arsene Wenger, has been there more than three.

Admittedly there are some short term benefits to this approach, especially if a manager’s style isn’t suited to the particular playing group or if the club is simply in need of some fresh ideas. The problems come in the following seasons, when managers brought in to plug holes on a sinking ship are suddenly required to start from scratch and rebuild clubs under their own vision.

At the moment, clubs simply aren’t giving enough time for these managers to implement their philosophies and are panicking when results start to go wrong. As a result, teams are struggling to generate any sort of winning culture within the club, making them, ironically, more vulnerable to losing.

A quick look back at Sir Alex Ferguson’s Manchester United over his 26 and half year tenure shows the clear benefits of being given time to help ingrain a culture within the players mindsets. There was so much belief built up from Ferguson’s commitment to his goals that his very presence on the touchline was enough to unnerve opposition. In fact, ‘Fergie Time‘ is now a scientific fact – if United were down in injury time, the referee would often allow around an extra minute 20 seconds on his watch, purely from that pressure of Ferguson’s winning culture.

Similarly in Spain, Catalan Galactico Barcelona have realised the importance of club culture and have worked hard to keep it intact in order to achieve continued success. Their last three managers have all come from inside the club because they understand the way Barca operates and, more importantly, how they want to operate.

However, as with most things in football, it isn’t always that simple.

Liverpool have struggled over the last decade with an unwanted losing culture that has been almost impossible to shake. Despite a rich history and culture of respect for their past years of unparalleled success, the Reds haven’t won a league title since 1990, despite a number of close calls.

While there seems to be progress under current boss Brendan Rodgers, winning their first three games of this season, a recent loss at home to lowly Southampton shows that there’s still a mental hurdle that they need to overcome. At the moment, they don’t truly believe they can win because recent history suggests everything to the contrary.

But perhaps Liverpool’s problem is too heavier a focus on winning.

In 2004, Germany’s Borussia Dortmund was broke, in debt and languishing in the depths of the Bundesliga. Rather than worry about returning to the winners table, the club decided to firstly become a profitable organisation built around a culture of being ‘a club for the fans’.

The results speak for themselves.

Aside from reaching the UEFA Champions League Final last year, Dortmund is now a profitable hot-bed of European talent, well regarded for its low ticket prices and superb fan base, and admired all over the world for their commitment to playing expansive high tempo football.

Likewise, Swansea City have also developed a culture that is purely based around the expectation of consistently playing attractive, attacking football, even when taking on the established big sides. Admittedly it has taken them eight seasons and several managers to achieve, but it’s seen the Swans move up from the third tier of English football to current League Cup holders and Europa League competitors, with a superb base to work off now for future exploits.

So ultimately, the best way for football clubs to achieve long term success is to invest in a philosophy, and then give it as much time as possible to develop. These things don’t come easily or quickly – there’s no denying that – but if clubs are willing to take a few low years in order to reach higher places later on, then there’s no reason that any football club in the world couldn’t create a positive culture.

Hopefully with the financial fair play rules that come into play in the next few seasons, clubs will be forced to stop focusing on short term fixes (due to economic restrictions) and look further afield, in order to invest and try to build something greater.

And with the sacking of Paolo Di Canio, perhaps Sunderland can be the first.