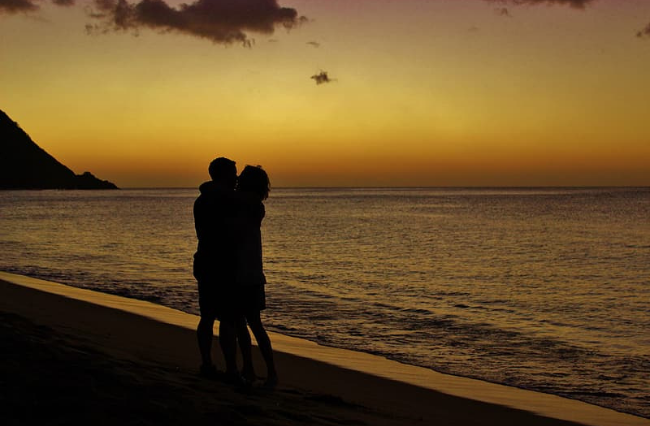 The year 2020 will always be looked back on as a difficult one for many, but for a couple which are 17,000 kilometres apart, nothing could come between them.

This is the case for Melburnian Jessica Campomizzi and her partner Chris Beliveau from Boston, Massachusetts, who have been in a long-distance relationship since last December.

During Campomizzi’s three-month exchange at Louisiana State University, she met Beliveau who was her best friends’ roommate. They decided to try a long-distance relationship before the pandemic began. Despite their inability to see each other now due to travel restrictions, Campomizzi says she wouldn’t have it any other way.

“We have strong feelings for each other, and we just know it’s worth going through this,” Campomizzi told upstart.

It has been 10 months since Beliveau and Campomizzi last saw each other and in order to see each other soon, they hope both Australia and the United States have no further COVID outbreaks.

“His state has become a red zone again and obviously Australia is shut, so we have no plans and no clarity of when we will see each other next,” she said.

“We were hoping for Christmas, but we have to be realistic.”

There could be further complications with the couples’ plan on reuniting as governments all around the world consider different types of travel quarantine policies. This could see couples spending time separately isolating in hotels for up to two weeks before being able to see each other.

“We will need to work out wherever we can go because we also need to take into account the types of travel quarantine and if it’s feasible to do that.”

“If he comes here and he has to stay in a hotel, it’s obviously very expensive and if we were to go meet somewhere and we had to quarantine separately it’s tough as well.”

It can be a struggle to find ways to make long distance relationships new and exciting but with the power of technology, the couple aren’t short on ideas.

Often talking twice a day, Campomizzi and Beliveau watch movies, play games and even have online dates, an approach which is backed by White Rabbit relationship counsellor Carolyn Burns.

“There is a vary of things you can do to make a long distance more exciting,” Burns told upstart.

“Things like playing games together and sharing photos together brings out good emotions, and even having them to keep you company whether that’s reading together or listening to music together can be very comforting.”

With over 20 years of experience in relationship counselling, Burns believes having trust is required for all long-distance relationships during these unprecedented times.

“It’s important that they have each other’s back, being transparent and being honest wherever possible without being too intrusive,” she said.

“It’s a lot similar to issues as if a relationship was not long distance with trust, intimacy and communication vital in order to have a strong relationship.”

Already 10 months in, Beliveau and Campomizzi have jumped many obstacles but remain fully invested. Campomizzi said that the dedication is mutual.

“We are probably stronger than what we ever were, we keep getting stronger and despite the circumstances we just keep rolling with it,” she said.

The pair will celebrate their one-year anniversary on December 6, and while an evening out together is off the table, the couple still plan to go all out.

“When we have date nights we will get dressed up as if we were physically going out.”

“He sends me flowers which is nice and sometimes I send him random gifts.”

It may be date nights for Campomizzi, but for boyfriend Beliveau, an early wake up is required.

“Our dates are usually my Saturday nights and his Saturday mornings so I bet it’s a bit annoying for him but it works for me so I can’t complain.”

James Strebinos is in his final year studying a Bachelor of Media and Communications (sports journalism) at La Trobe. You can follow him on twitter @James_Strebinos

Photo: Silhouette of couple kissing on beach during sunset available HERE and used under a Creative Commons Attribution. The image has not been modified.