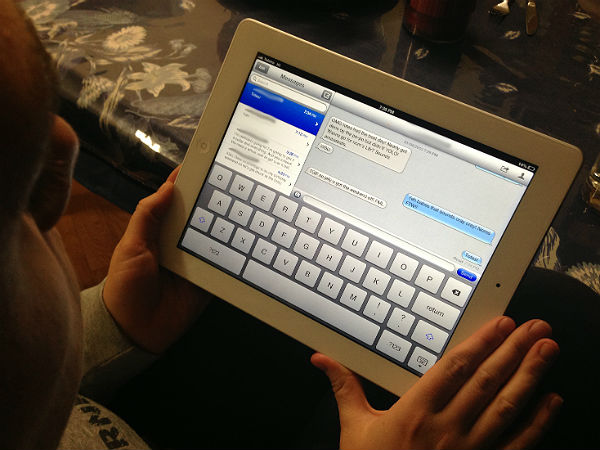 Over the past couple of years some strange words have crept into our everyday vocabulary and it’s become as if we’re suddenly speaking a different language.

When we aren’t busy Instagramming meals; we are calling them noms. ROFL-ing has seemingly replaced laughing, and considering the high usage of this term, it’s surprising we’re not seeing people “rolling on the floor laughing” in public on a regular basis. And lastly, thanks to rapper Drake’s 2012 hit, The Motto, we’re using the term YOLO “You Only Live Once” to justify every outrageous activity.

Therefore we can question – is the English language going to die out as a result of Generation Y? And what exactly are we handing down to Generation Z?

The aforementioned modifications are designed as replacements for; amazing, crazy, totally and jealous. I suppose in our fast-paced lives we don’t have a syllable to waste.

Digital Public Relations consultant and blogger, Arik Hanson, expresses his distaste for our modern-day language on his site, Communications Conversations. Hanson states that society is taking our abbreviated lingo too far. As a result we are turning into a “texting-culture” that is causing us to communicate with unintelligible words.

The popularity of texting on mobile phones arguably encourages our generation to shorten our words to save money on messages.

Social media has also contributed to this influx. We all know that Twitter’s character count is limited to a mere 140 characters. This means abbreviated language is crucial in getting a large message across in a short format.

Not to mention how Twitter and Instagram have made it commonplace to #hashtag every second word that we write.

So, is our precious English language being destroyed by today’s popular culture?

Professor of English Literature at La Trobe University, Paul Salzman, says that these new language trends may just be a natural progression in the English language and in fact a force to embrace.

Senior lecturer of Media and Cinema Studies at La Trobe University, Dr Terrie Waddell says that although these new terms are starting to dominate our social world, most people still know the boundaries.

“Although these terms are becoming very common in popular culture, people know when it is appropriate to use the slang and when it is not. When people are talking to their friends they are going to speak very differently than when they are class or in the workplace.”

Maybe they’re right. After all, we don’t speak as romantically as Shakespeare anymore and we definitely don’t elaborate as much as Jane Austen. Our language progression from then to now hasn’t yet caused a social apocalypse.

And with the Oxford Dictionary Online adding “totes”, “whatevs” and “po-po” to its vernacular, how can we keep resisting?

Who knows what we’ll be saying in the next 100 years? I totes can’t wait to find out.

Stephanie Azzopardi is a third year Bachelor of Journalism student at La Trobe University and a part of the upstart team. Follow her on Twitter @StephAzzopardi.