Sex workers are being pushed off the internet and it's only getting worse. 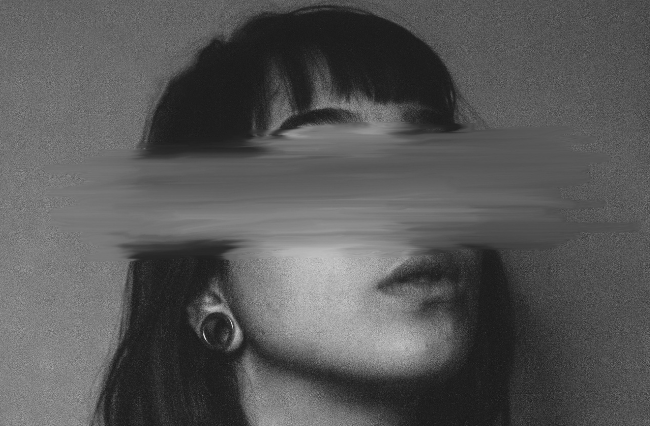 “It’s like an abusive relationship. They’re gaslighting us into thinking that we’re doing something wrong,” Sasha* tells upstart.

Removed from Tumbler, banned from PayPal and deleted twice from Instagram, Sasha opens her phone each day, wondering if her social media accounts will still be there. She posts content with extreme caution and deliberation.

The act of deplatforming involves preventing a person or group from contributing to a debate or sharing their views on a public forum. This is usually done by banning a user from a social media site or application.

Making headlines recently, OnlyFans, a subscription based site best known for hosting adult entertainment, announced a ban on explicit content after bowing to pressure from its payment processors. The decision received instant and widespread backlash.

OnlyFans has backtracked on the ban, but says it retains the right to change its mind at any time within its updated Terms of Service. This decision, Sasha says, is anxiety-inducing in a job already rife with emotional stressors.

Jenna Love is a full-service, in-person sex worker and online content creator. She is also the secretary for the Scarlet Alliance, the Australian Sex Workers Association. Love has spent years building up her Twitter following and acquires the majority of her clients through the platform. She also uses Instagram, although has struggled to rebuild and maintain large followings after already being deleted three times.

“It could seem like a frivolous concern from the outside because for a lot of people that don’t use social media in the way we do, they see social media as fun, maybe a hobby, a way to share your meal [from] last night,” she tells upstart.

While the deplatforming of sex workers on OnlyFans may be the latest high-profile case, the issue is far from new. Sex industry workers regularly have their social media accounts and content deleted and deplatforming can extend to financial services, such as PayPal, Stripe, and dating apps used for non-work-related activities.

One of the challenges faced by sex workers using social media is the lack of clarity and consistency on what content is and isn’t allowed to be posted. Accounts are usually deleted for breaching the Terms of Service and Community Guidelines. However, it is often hard to pin down exactly what those breaches actually are as accounts can be deleted without warning or explanation.

Some content is explicitly not allowed, such as full nudity and genitalia, but other rules are not so easy to follow. Sasha says it exasperates her to see similar images on her social media feed from celebrity and photography accounts to photos she’s had deleted.

“It’s so frustrating … Just because I am a sex worker and this is a job that I choose to do, I shouldn’t have any less rights in terms of what I can put on the internet as Jenny from down the street,” she says.

Sasha also points out that double standards exist on social media, not only between sex workers and non-sex workers, but also between different body types within the sex industry.

“Different bodies have different laws. Like a bigger body and a more curvaceous woman is more likely to get deleted than someone who’s skinny stick thin. And both those bodies are completely valid and beautiful. So why is one targeted more than the other?” she says.

Solicitation, content that facilitates, encourages or coordinates sexual encounters, is also not allowed on Instagram according to its Terms of Service. However, Tofux*, a former escort and current online content creator, explains that a wide range of seemingly innocuous actions can be constituted as soliciting, making compliance tricky to navigate.

As an advocate, sex worker and Scarlet Alliance secretary, Jenna Love has observed the sex industry’s shift online, not only to increase opportunities but enhance the workers’ safety.

“Sex workers, we use social media and we use the internet for actually a lot of our job. And I would argue that the internet has been the single greatest step towards increasing sex workers’ safety in the last 100 years,” she says.

“Many sex workers are not out to their friends and family … It can be really isolating,” she says.

“It’s really vital to be able to connect with people and share safety information. So, when we lose an account, we lose all of that too.”

Vetted private groups exclusively for sex workers exist on multiple platforms, specifically for the purposes of sharing stories and information that can protect workers. When these groups get deleted, Love explains the impact can be dangerous.

“That’s years and years of safety information lost. That’s connections between people who might be street based workers who are at increased risk of violence,” she says.

New laws intended to decrease harmful content online can put pressure on social media platforms and websites to restrict sex workers. Much of the legislation negatively affecting sex workers has been introduced under the guise, or as Jenna Love describes it the “Trojan Horse”, of combatting sex-trafficking. Love says these laws and regulations put sex workers in a “pinch”.

“We’ve got local and state-based laws that are forever trying to push sex workers off the streets. They’re often banning places like brothels and street-based work,” she says.

“Then we’ve got these laws that are at a federal level and an international level, which affect us, that are trying to push us off the internet … we’re getting squished in the middle.”

Creators also have to rely on the online sex worker community to share and promote their new accounts after being deleted. When large accounts with hundreds of thousands of followers disappear, along with their back up accounts, the reach is diminished significantly for those hoping to rebuild followings. As an online content creator, Tofux fears for her community.

“[It’s] really scary, because at least we used to know how to deal with it. It totally sucks. And it does affect your income, but hopefully if you work hard, you’ll get back there one day. Other people in the community will support you and show you,” she says.

“But if you don’t have those people, or those people also have no accounts … then how are we going to get any of our following back?”

*not her real name

Photo: Woman with Smeared Eyes in Studio by Thiago Matos is available HERE and used under a creative commons license. This image has been resized.

Article: Hanne Grant is a Master of Strategic Communications student at La Trobe University. You can follow her on Twitter @HanneGrant_.