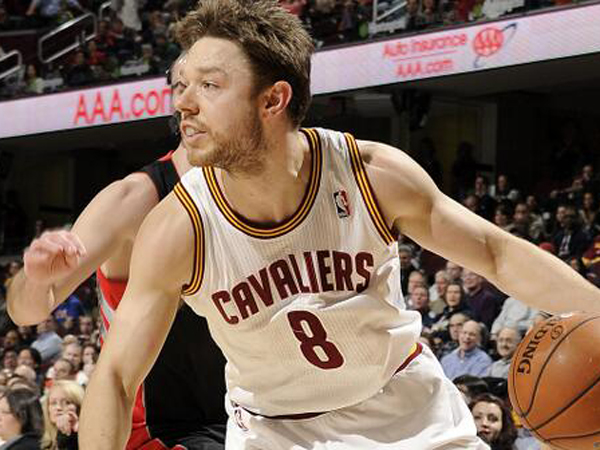 The Cleveland Cavaliers entered their 2013/14 campaign full of optimism after an eventful off-season. Trading and drafting high-profile players into the squad, little attention was given to the addition of Australian point guard Matthew Dellavedova.

The undrafted rookie made the cut in the big leagues after taking part in the Las Vegas summer league as a part of the Cavaliers squad.

After playing sporadically earlier in the season due to the relative logjam in the Cavs backcourt, injuries to key players such as C.J. Miles, Dion Waiters and reigning All-Star MVP, Kyrie Irving, has given Dellavedova extended time on the court.

Dellavedova has especially excelled throughout March, with Miles and Irving both missing several games, averaging just under 7 points per game (6.9) while also averaging 4.3 assists per game on terrific shooting percentages of 48.6 percent from the field and 52.3 percent from three-point range in 22.6 minutes per game.

Dellavedova has been especially lethal with the corner three-point shot. Widely considered as the easiest place to shoot the three from as it is the closest to the basket, Dellavedova has made defences pay.

Cavs coach Mike Brown has used Dellavedova frequently in his three-guard lineups, leaving the Australian to play alongside dominant guards such as Irving, Waiters and Jack at times.

While defences focus in on the primary ball handlers, Dellavedova has been able to spot up in the corners and damage opponents as shown in this shot chart, where he has shot an above average 46.43% from the right corner.

However, the impact he brings to the Cavaliers is more often than not missing from the box score.

Dellavedova’s hustle and energetic style of play has quickly endeared him to his Cavalier teammates, as well as turning him into a fan favourite, with Cavs play-by-play commentators Fred McLeod and Austin Carr often referring to his “Aussie Rules background” during games.

Due to his toughness and gritty nature, the 6’4” guard has found himself often playing on players much taller than him, such as Okhlahoma City Thunder superstar Kevin Durant, who is listed as 6’9”.

Following the Cavaliers 102-95 defeat to the Thunder on March 20, coach Brown spoke about Dellavedova, who finished with 11 points and 10 assists and spent most of the night on Durant.

“One thing Delly’s going to do for sure is fight,” the Cavs’ coach said.

Lately, it’s not just his defence that has been making headlines, as Dellavedova enjoyed a career night against the Detroit Pistons.

Although Waiters grabbed the headlines with his game-winning shot at the buzzer, it was Dellavedova who top scored for the Cavaliers, scoring 21 points and hitting five of his seven three-point shots in the 97-96 victory.

Dellavedova’s rise should not only excite Cavalier fans, but also fans of the Australian team. Pairing up with star guard Dante Exum, who’s widely tipped to be a top-five pick in this year’s upcoming draft, as well as San Antonio’s Patty Mills, suddenly the Boomers have a potent backcourt to go along with Andrew Bogut.

Going into the 2013/14 season, if pundits were told about a rookie in Cleveland making his mark, many would have assumed it would be Bennett.

None would’ve expected it to be the kid out of Maryborough, Victoria.

Chris De Silva is currently studying a Bachelor of Journalism at La Trobe University. You can follow him on Twitter: @cdesilva17.