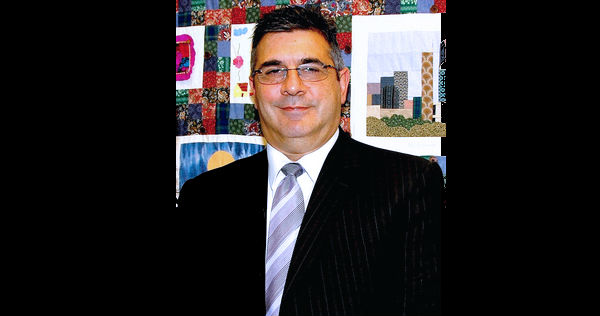 Former AFL CEO Andrew Demetriou has been named co-chair of the NBL advisory board alongside NBL owner Larry Kestelman.

Demetriou is one of 20 highly credentialled men and women making up the new advisory board tasked with taking the National Basketball League (NBL) in Australia to the next level.

“The NBL is a great family entertainment product and world class sport and I look forward to working with a very talented board, staff, clubs and players to ensure its continued growth and rightful place on the sports entertainment landscape in Australia,” Demetriou told The Age.

It is hoped that Demetriou can replicate the role he played in securing the record five-year $1.25 billion rights deal for the AFL in 2011.

“Broadcasting is important, hopefully we can help in that area, as the game continues to grow I think there will be a much greater demand on free-to-air,” Demetriou told 3AW.

NBL owner and co-chair of the advisory board, Larry Kestelman, has high hopes for Demetriou’s involvement in the game.

“As chief executive of the AFL he oversaw a huge growth in AFL including record broadcast deals that have underpinned the sport’s growth and long-term viability,” Kestelman, told The Age.

“Our new advisory board headed by Andrew and myself will help take the NBL to the next level in Australian and world sport.”

Demetriou doesn’t see basketball having to compete with the AFL, instead suggesting the two sports could support each other.

“The sports complement each other, there’s a couple of AFL teams I know they’ve been spoken to about having an alliance with an NBL team, I think it’s a good model and it works in Europe,” Demetriou told 3AW.

Demetriou left the AFL in 2014, shifting his attention away from sports to his involvement in businesses such as Bastion Group, Crown Resorts and Capitol Health.

Despite lasting year telling the Financial Review that he would not make a return to sport, Demetriou credits his kids with igniting his interest in the NBL.

“I’m looking forward to giving something back into sport. If your children are involved in it, it makes it even more special.” Demetriou told 3AW.