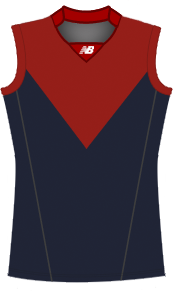 As the Demons’ plea for members to reach into their pockets and save them from making the same draft errors they’ve made during the past 10 years, thoughts of what could have been continue to haunt the Melbourne Football Club.

Just down the road at Arden Street, the Kangaroos have secured their first finals birth since 2008, and have done so without bottoming out. Draft choices and a solid program have seen their kids turn into on-field contributors.

Sam Wright was arguably best on ground in North Melbourne’s brilliant win over Essendon, with 32 touches and a goal in the last quarter to help seal the victory.

Even younger teammates Shaun Atley, Ben Cunnington and Ryan Bastinac chipped in with their 20-25 disposals each, giving light to North fans that have had to endure ninth ladder finishes for the past two seasons.

Across the country, the Eagles have been even more impressive, considering they sat at the bottom of the table with the Demons in 2008.

After that season, Melbourne had the first draft pick, selecting Jack Watts. With pick two, the Eagles drafted Nic Naitanui. Watts has played 52 games, 20 less that the West Coast ruckman, yet has showed no where near the class or skill that Naitanui presents.

The comparisons can be made throughout Melbourne’s draft choices for the past 10 years.

With their priority pick at number 17 in that draft, the club chose Sam Blease (18 games to date) ahead of Luke Shuey (47 games).

But it wasn’t just one bad season of drafting that has set back the red and the blue.

They also drafted Addam Maric with pick 21, who has since been delisted and picked up by Richmond, ahead of Scott Selwood, who went the very next pick to the Eagles. That was a huge error, and would have been less of a risk, considering Selwood’s brother Joel won the Rising Star three months earlier.

In 2009, the Demons won their second consecutive wooden spoon, and were granted a priority pick at the start of the draft. They used the first two picks on Tom Scully and Jack Trengrove. The next pick saw Dustin Martin end up at Richmond.

It’s easy to use hindsight, but the Demons dug their own grave with error after error.

With pick 11, they selected Jordan Gysberts, who many believe when fully fit is in the Demons side. But at pick 13, Victorian Daniel Talia ended up at Adelaide, and is now playing full back in a team that sits second on the AFL ladder.

Luke Tapscott, pick 18, has also been given a massive rap, but has played just 12 career games to date. The Demons overlooked Nathan Fyfe (pick 20) and Scully’s Dandenong Stingray’s teammate Ryan Bastinac (pick 21), who have both gone on to be super footballers.

You would think after those errors, they would get 2010 right, after clawing from the bottom of the ladder to 12th.

I could go back through every draft, all the way to 2001 really, when the Demons picked Luke Molan with pick nine. He ended his career with as many games as he started with.

But the Demons have made steps to mend their drafting woes.

They appointed Tim Lamb earlier this year, who has worked in the Victorian talent pathway, into a full-time recruiting position, while boosting their national scouting network.

And in its ‘100% Melbourne’ campaign to help the club ‘recruit the best’, President Don McLardy states that the club will leave no stone unturned to secure the right players for the future.

And they have to get it right. It’s been too costly to date to keep making the same mistakes.

But whatever the recruiters saw in the kids that I’ve mentioned – Cook, Morton, Tapscott, Gysberts and Blease – they must put in to develop those guys.

It’s one thing to draft someone over someone else, for whatever reason. It’s another thing to let them fall by the sword and delist them after a few years like they did to Maric.

In fact, he was the one that probably showed some solid potential, and the Tigers didn’t really hesitate to swoop on him after the Demons let him go.

But come draft day in November, the Demons must take no risks in picking ready-made footballers that can impact from Round 1 next year.

Otherwise, 2013 may be another long season for Demon fans.