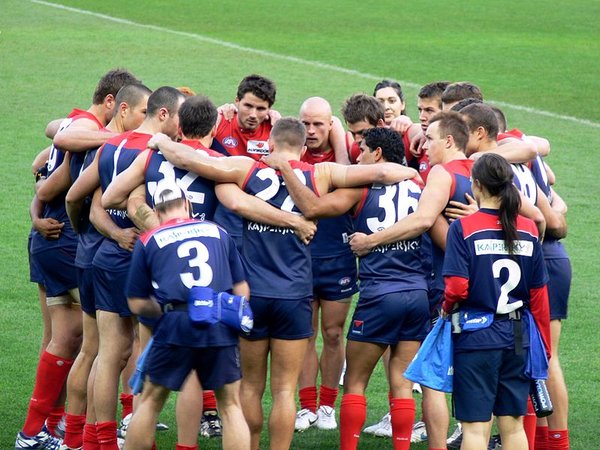 While many clubs have toyed dangerously with the strategy of tanking in the past, the Melbourne Demons became the first club to come under investigation for the tactic in 2012.

When Dean Bailey took over from Neale Daniher as the head coach of the Demons in 2008, the team had played finals football six of the previous ten seasons.

After finishing last in his first year, eyebrows were raised, but the Demons board remained confident that Bailey was the man to guide the club to its 13th premiership.

However, the 2009 season panned out more indifferently than first hoped. Facing West Coast at the MCG in round 13, the Dees only had one win to their name.

As success continued to elude Melbourne in 2009, Bailey decided to alter his coaching strategy. It was a strategy for the future, but it carried duplicitous connotations.

The AFL would continue to overlook the Dees underhanded scheme, and the club went on to win the wooden spoon for a second straight year and earn a priority pick in the process.

Another fives years on, and despite recruiting highly-regarded premiership coach, Paul Roos, to dispel the curse, the Demons continue to play the wretched football that haunted them throughout the Bailey era.

So where does the problem lie for the hapless Demons? Is it Roos’s coaching techniques? Is it mismanagement from the Demons board? Or is it simply the players?

No matter who it comes down to, Herald Sun journalist Jon Ralph is adamant that the club is still ailing from the past.

Speaking to upstart, Ralph says while the club has shown signs of improvement this season, they still don’t know how to win.

“I think [Melbourne’s season] is only a four out of ten … There have been some really competitive performances … I think they’ve led in nine last quarters this year,” Ralph says.

“But I think the fact that they’ve led in nine fourth quarters and have only won four games shows that that tanking era still bothers the club.”

Ralph suggests the passive brand of football showcased by the club during the tanking era is what continues to frustrate fans today.

“They go into their shells. They play hugely defensive footy … Fans are still really frustrated, they see the ball at half-forward and then they chip it backwards and kick it backwards and all of a sudden they’re in the back pocket,” Ralph says.

While Roos is highly regarded among all AFL coaches due to his success at Sydney, he has never faced a situation quite like this.

Roos could implement every tactic he learnt at Sydney to help turn the club around but if he doesn’t have the right personnel, frankly, no method will be effective, according to Ralph.

“They need new players … what’s been apparent over the last five to seven years is that, as good as some of these players are, they have stage fright, they are scarred by the past, whether that past is tanking or the 38 wins in the last seven years,” Ralph says.

Roos wouldn’t have desired nor expected such a poor return in his first season in the job, but he will have learnt a lot from the year which will help the club continue to build in 2015.

Realistically, finals football is still a few seasons away for the Demons. Roos might not even be the man to take them there, but he is the best tradesman the club could ask for at a time like this.

BREAKING: Paul Roos has signed on for a third year and will coach until the end of 2016: http://t.co/FE7QhL3SIy pic.twitter.com/I495HsQpAR

“They’ve got to bring in superstars that are bulletproof to that kind of mental pressure. Maybe just maybe that’s three years away. Maybe Roosy can get a couple more players in, four or five next year and four or five the year after,” Ralph says.

“His legacy will be to set the real building blocks rather than top it off … He will only just get back to competitiveness rather than excelling like he might have hoped.”

A club with such a long and proud history would be ashamed about the happenings of 2009, however every day that Roos reigns supreme is another brick in the wall, another learning curve for a young player, another mental remedy.