We all have things that we believe in, despite lacking credible evidence to support them. From having faith in a supernatural being, to reading horoscopes, to believing that Richmond will make the finals. 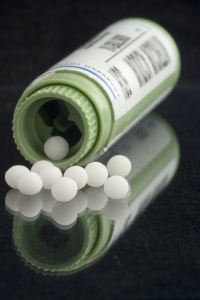 I’ve known people who believe in alternative medicines like homeopathy. I’ve shrugged this off as something that didn’t define a person and wasn’t hurting anyone. I stand by this position today, but lately I’ve been thinking about the wider societal effects of tolerance for what most rightly regard as quackery.

What I’ve come to realise more and more is that while homeopathy and other alternative medicines are relatively harmless in most cases, there is a growing abundance of examples which demonstrate the negative impacts of turning away from traditional medicine.

The Homeopathy Plus clinic in Sydney claims not only to be able to treat infection and other similar ailments, but also ‘excesses of human behaviour’ like domestic violence. This is a dangerous claim to make. Homeopathy is based on the idea that ‘like-cures-like’ and that to cure symptoms you take a substance that would usually cause these symptoms and dilute it to an extreme before consumption. I’m talking about one part per million dilute.

The notion that a chemical solution affects the body the more dilute it is goes is against basic scientific principles, so it is unsurprising that there is a consensus in the scientific world that such cures are not cures at all.

In 2010 a coronial inquest was held into the death of an Australian woman was allegedly mislead into believing that she could ignore the advice of her GP in treating her cancer in favour of homeopathic remedies.

A more public example is the late Steve Jobs, who died of a cancer that could have been treated surgically when detected without any chemotherapy and radiation according to Harvard Medical School research associate, Ramzi Amri.

‘Mr. Jobs allegedly chose to undergo all sorts of alternative treatment options before opting for conventional medicine’, he writes.

There is clearly a perception, at least among a significant portion of the population, that seeking treatment outside of the traditional medical system is a viable course of action when dealing with illness. While there are no doubt some treatments out there that are scientifically effective but have yet to be proven or adopted globally, an interesting counterpoint to debunking the likes of homeopathy is the continuing placebo effect.

As most would know, the placebo effect is essentially when someone recovers from symptoms because they believe they are receiving an effective treatment, when in reality they receive an inert substance or other type of biologically ineffective treatment.

One comprehensive analysis found that the placebo effect is actually getting stronger in anti-depressant drug trials, having nearly doubled since the 1980s.

It’s common knowledge that doctors will sometimes prescribe placebos in pill form, but several different studies have shown that even acupuncture operates on the same principle, being no less effective when performed randomly than by an experienced acupuncturist.

In discussing alternative treatments researcher and physiotherapist, Neill O’Connell, writes that ‘any placebo effect of these therapies in part rests on the effects of expectation, belief in the treatment and possibly a re-evaluation by the patient of their symptoms.’

This poses a definite moral dilemma in an age where medical science is struggling to keep up in some areas of treatment. So is campaigning against essentially placebo treatments a worthwhile endeavour to inform the public, or is it actually doing more harm than good?

Friends of Science in Medicine, a group made up of over 400 prominent doctors, scientists, academics and consumer advocates from Australia and overseas, is taking a strong stance on this issue. They launched a campaign earlier in the year to stop Australian universities from offering courses on alleged pseudosciences.

‘We take the view that those universities involved in teaching pseudoscience give such ideologies undeserved credibility, damage their academic standing and put the public at risk,’ they said.

The group claims that educational institutions like universities should not be offering courses in areas like reflexology, homeopathy and chiropractry, as they lack sufficient scientific proof of their effectiveness.

I am not a specialist in medical sciences by any stretch of the imagination so it is hard to assess the merits of these treatments, which is the same problem facing the rest of the public. Nonetheless it’s difficult to support treatments that may only work as placebos. No one would say that modern science has cures for all of our medical problems, and it would be foolish to rule out alternative remedies or procedures without adequate investigation. But the fact is that placebo testing is done in drug trials specifically so positive test results can be attributed to a treatment rather than powerful psychological effects.

Richard Dawkins wrote in his book, A Devil’s Chaplain, that ‘there is no alternative medicine. There is only medicine that works and medicine that doesn’t work.’ I tend to agree.

So take your water homeopathic remedies if you must; they might even make you feel better. But just don’t go letting anyone ignore a doctor because they think there’s a safer more effective solution in herbs or crystals.